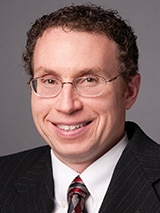 Ever since I can remember, I've been interested in questions related to religion and God.

University of Pennsylvania School of Medicine

Dr. Andrew Newberg is the Director of Research at the Myrna Brind Center of Integrative Medicine at Thomas Jefferson University Hospital. He is also a Professor in the Departments of Emergency Medicine and Radiology at Thomas Jefferson University, and he teaches undergraduate courses at the University of Pennsylvania. Dr. Newberg received his medical degree in 1993 from the University of Pennsylvania School of Medicine. He completed his residency in Internal Medicine at the Graduate Hospital in Philadelphia, and he completed a fellowship in Nuclear Medicine at the University of Pennsylvania. He is board certified in Internal Medicine and Nuclear Medicine. Dr. Newberg has actively pursued neuroimaging research projects, including studies of aging and dementia, epilepsy, and other neurological and psychiatric disorders. He has been particularly involved in the study of religious and spiritual experiences and the relationship among the brain, religion, and health. Dr. Newberg's research has included analyzing brain scans of people in prayer, meditation, rituals, and various trance states. His research also has included understanding the physiological correlates of acupuncture therapy, massage, and other types of alternative therapies. Dr. Newberg has taught medical students, undergraduate and graduate students, and medical residents about stress management, spirituality and health, and the neurophysiology of religious experience. In 2010, he was named Teacher of the Year for the University of Pennsylvania's Biological Basis of Behavior Program. Dr. Newberg has published numerous articles and chapters on brain function, brain imaging, and the study of religious and spiritual experiences. He is the author of Principles of Neurotheology, a culmination of ideas based on his research over the past 10 years. He is a coauthor of the best-selling books How God Changes Your Brain and Why God Won't Go Away: Brain Science and the Biology of Belief. His most recent book, Words Can Change Your Brain, was published in June 2012. Dr. Newberg is also a coauthor of Born to Believe: God, Science, and the Origin of Ordinary and Extraordinary Beliefs and The Mystical Mind: Probing the Biology of Religious Experience, both of which explore the relationship between neuroscience and spiritual experience. The latter book received the 2000 award for Outstanding Books in Theology and the Natural Sciences presented by the Center for Theology and the Natural Sciences. Dr. Newberg has presented his work at scientific and religious meetings around the world and has appeared on Good Morning America, Nightline, CNN, and ABC's World News Tonight. His research also has appeared in Newsweek; TIME; The New York Times; Los Angeles Times; Scientific American; O, The Oprah Magazine; and Reader's Digest. 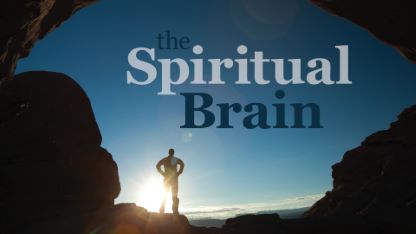