Think like a Stoic: Ancient Wisdom for Today's World

Discover how to think and act like a Stoic with this eye-opening introduction to one of the ancient world's most important-and practical-schools of philosophy.
Share

Discover how to think and act like a Stoic with this eye-opening introduction to one of the ancient world's most important-and practical-schools of philosophy. 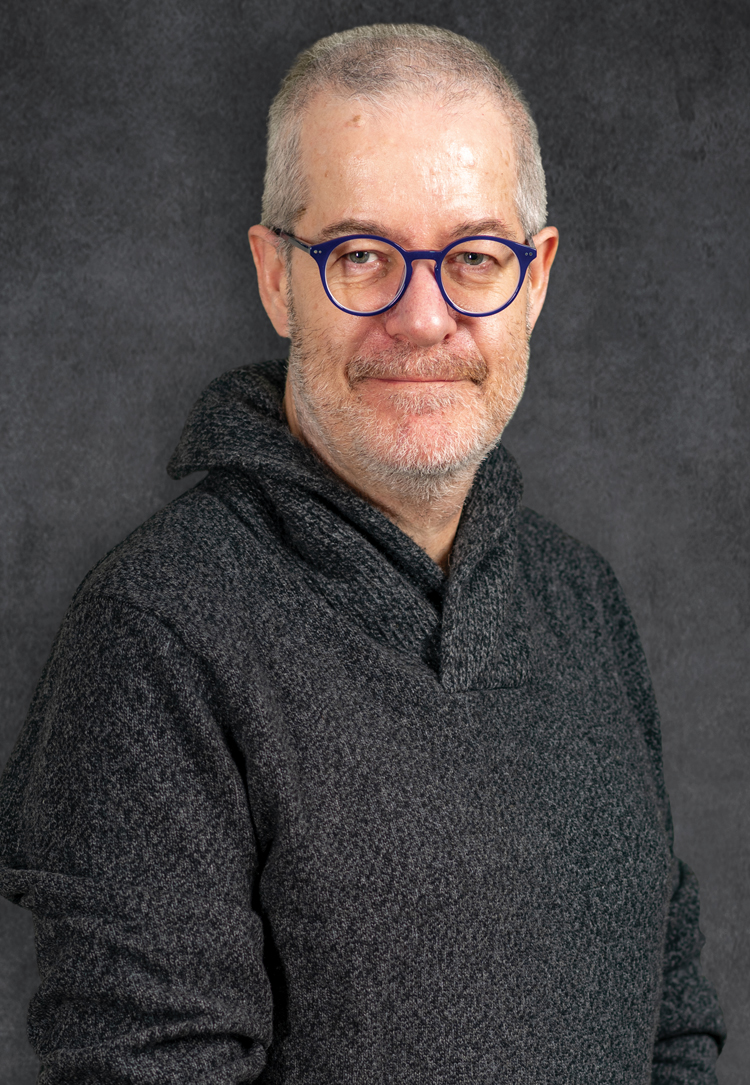 I would like to invite you to join me on an engaging journey to discover the heart of stoicism, one of the most fascinating and eye-opening philosophies you can study.

The University of Tennessee, Knoxville

The City University of New York

Massimo Pigliucci is the K. D. Irani Professor of Philosophy at The City University of New York. He holds a PhD in Evolutionary Biology from the University of Connecticut and a PhD in Philosophy from the University of Tennessee, Knoxville. He is a fellow of the American Association for the Advancement of Science, which recognized him for his major contributions to studies of gene-environment interactions and his educational efforts to counter widespread pseudoscientific beliefs.

Massimo has published more than 170 peer-reviewed papers and authored or edited 14 books, including Nonsense on Stilts: How to Tell Science from Bunk and Philosophy of Pseudoscience: Reconsidering the Demarcation Problem (with Maarten Boudry). He studies and practices Stoicism and is the author of several books on the subject, including How to Be a Stoic: Using Ancient Philosophy to Live a Modern Life.

Massimo has written for The New York Times, The Washington Post, and The Wall Street Journal, and he has been interviewed by PBS, BBC World Service, NBC News, The Boston Globe, The Guardian, The Atlantic, Newsweek, The Economist, Forbes, WIRED, and Scientific American. He has also made a guest appearance on The Colbert Report. He produces a podcast called Stoic Meditations, and his writings and musings can be found at massimopigliucci.com. 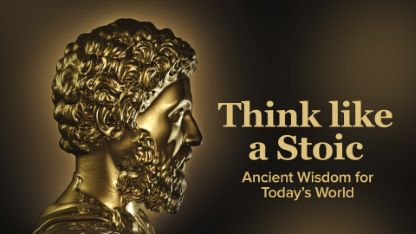 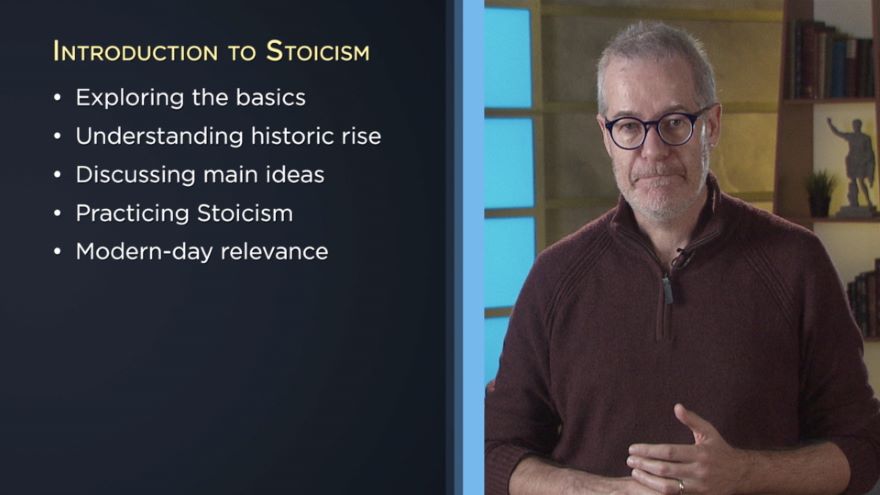 Start with an introduction to the basics of Stoic philosophy, which puts an emphasis on living reasonably and pro-socially, and which teaches us to live according to nature. You’ll also get a taste of the two pillars of this ancient school of thought: the four cardinal virtues and the dichotomy of control. 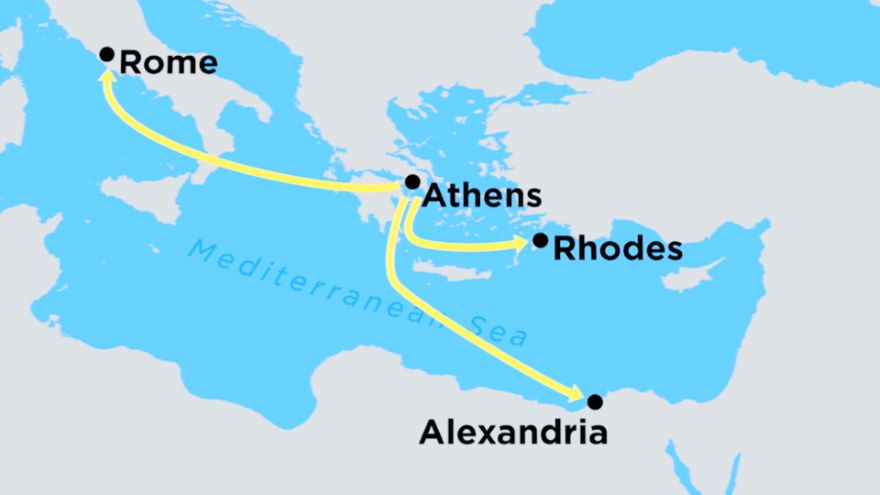 02: Stoicism from Heraclitus to Thoreau

How has Stoic philosophy evolved over time? First, you’ll place Stoicism among its rivals and influences, including major Hellenistic schools of thought like Epicureanism and Cynicism. Then, follow the course of Stoic philosophy and themes through minds like Seneca, Thomas Aquinas, Baruch Spinoza, and the transcendentalism of Henry David Thoreau. 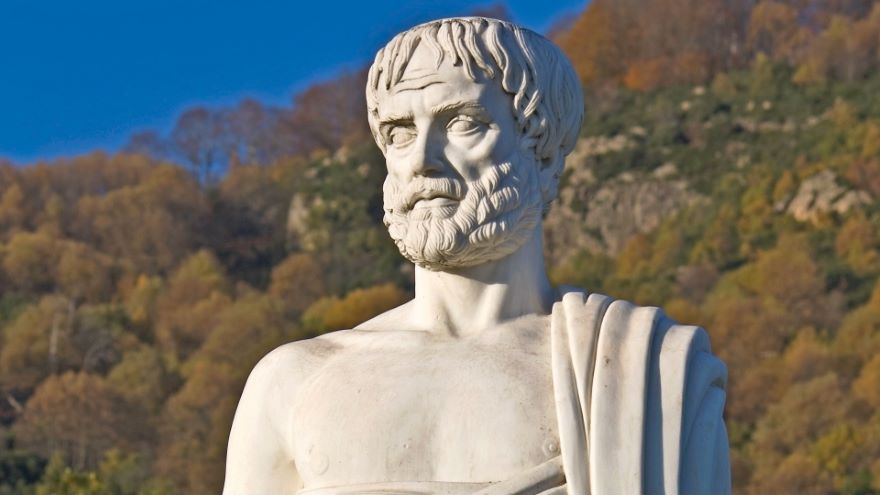 The ancient Stoics used a number of metaphors to get their points across, including the metaphor of the garden, whose elements were physics, ethics, and logic. Here, compare how Aristotle and the Stoics thought of logic, and use a story that dates back to the 2nd century BCE to see how Stoic epistemology and psychology are intertwined. 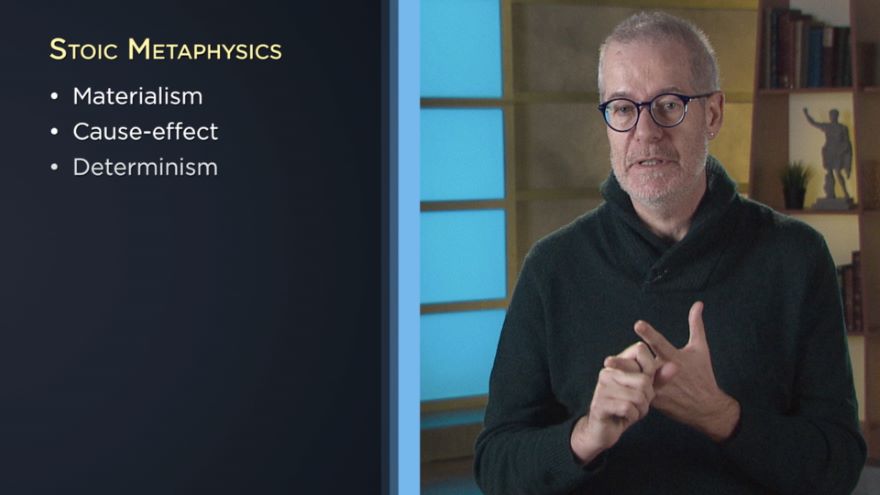 Stoics’s thoughts on providence were much different than Christians would later think of it. Consider three interrelated notions of Stoic thinking that constitute three important aspects of their metaphysics: materialism, cause-effect, and determinism. In the process, you’ll gain a new perspective on an old chestnut in metaphysics and moral philosophy: the problem of free will. 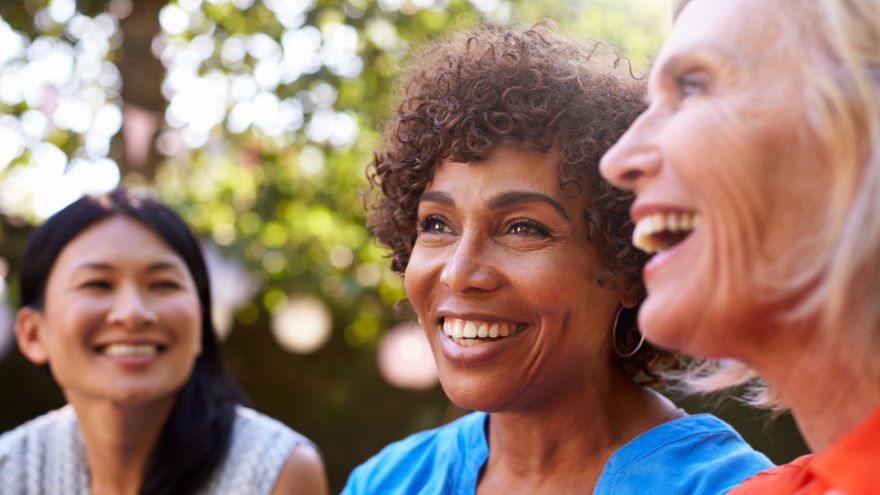 In this lesson, examine what is arguably the most important part of Stoic philosophy: ethics. How do we differentiate between ancient and modern conceptions of what is ethical? How do we define the cardinal virtues of practical wisdom, courage, justice, and temperance, and how can we translate them into everyday practice today? 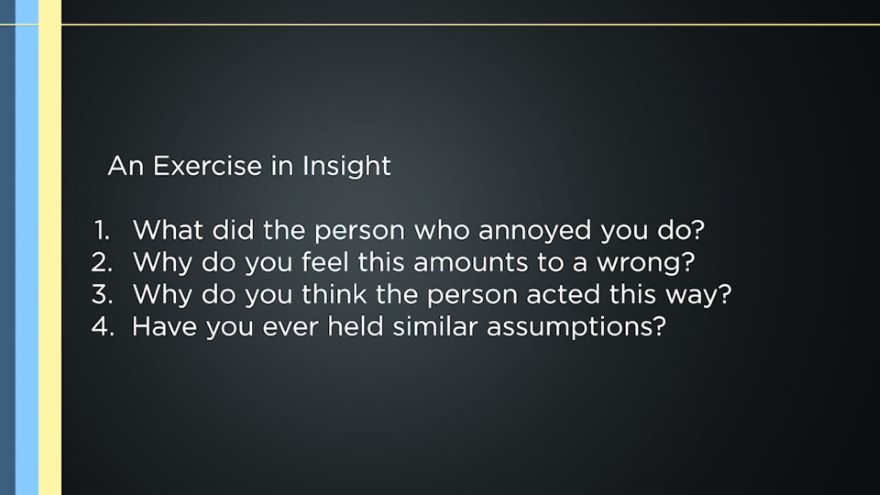 06: The Stoics on Desire and Discipline

In the first of three lessons on how to practice Stoicism as described by Epictetus, learn through a series of engaging exercises how to train your desires and aversions. By bringing attention to the issues outlined here, you’ll help realign your wants with what’s important—and what’s truly within your control. 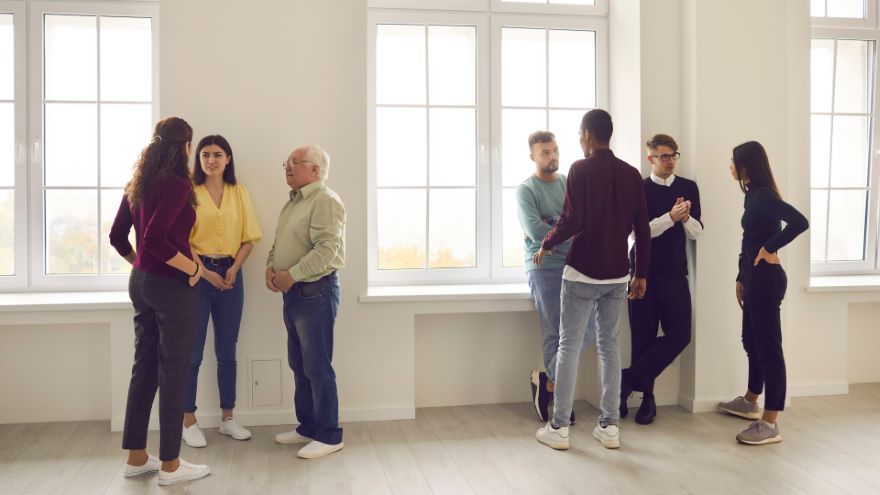 07: The Stoics on Interacting with Others

Human beings are eminently social creatures; we have no choice but to negotiate relationships with other human beings. Explore the Stoic discipline of action through exercises that train you how to “keep your peace of mind in mind,” how to deal with insults, how to handle difficult people, and more. 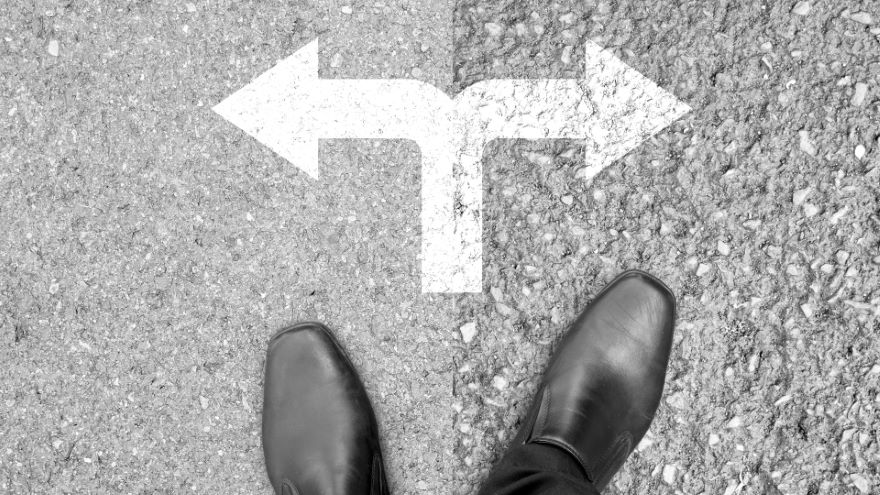 08: The Stoics on Decision-Making

According to Epictetus, the discipline of assent, concerned with arriving at correct judgments, is the most difficult to master. Exercises in this lesson draw on examples from Marcus Aurelius, Seneca, and other thinkers to highlight tactics for overcoming mental weakness, controlling outbursts of anger, and bringing urges under control. 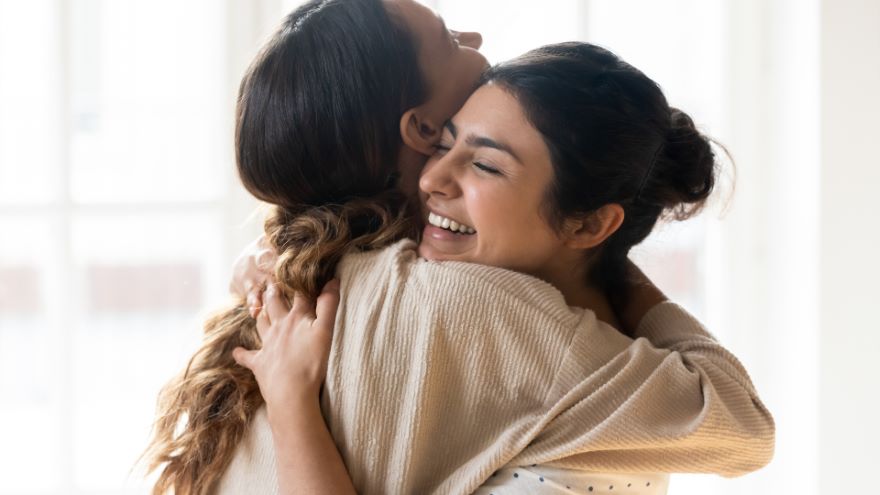 Explore in detail some of the 124 letters Seneca wrote in his last years to his friend Lucilius, which offer an informal curriculum on Stoic philosophy. Through these writings, you’ll consider eye-opening thoughts on managing time, on the high standards of friendships, on feeling joy, on judging others, and on coming to terms with death. 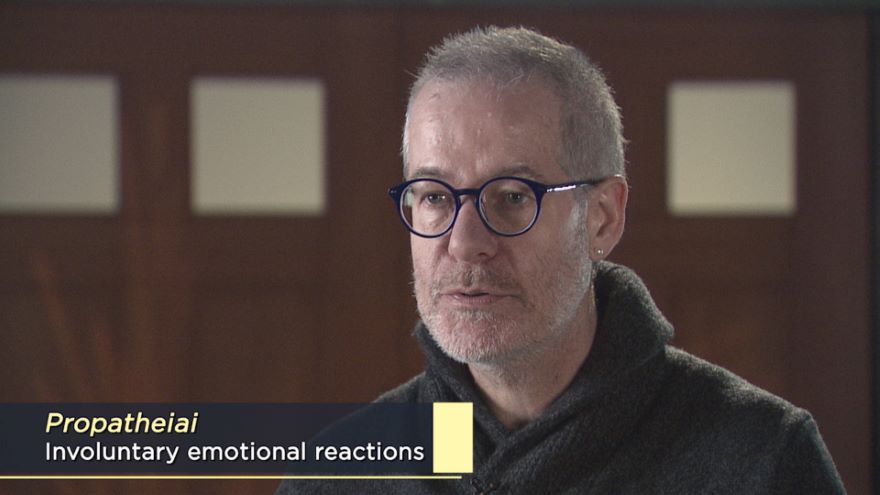 First, examine the categories into which Stoics divided emotions: involuntary emotional reactions, reactive emotions (like fear), and positive emotions (such as joy). Afterward, turn to what Seneca says about anger, which the Stoics considered the quintessential example of a negative emotion, and uncover an anger management exercise that has helped people for millennia. 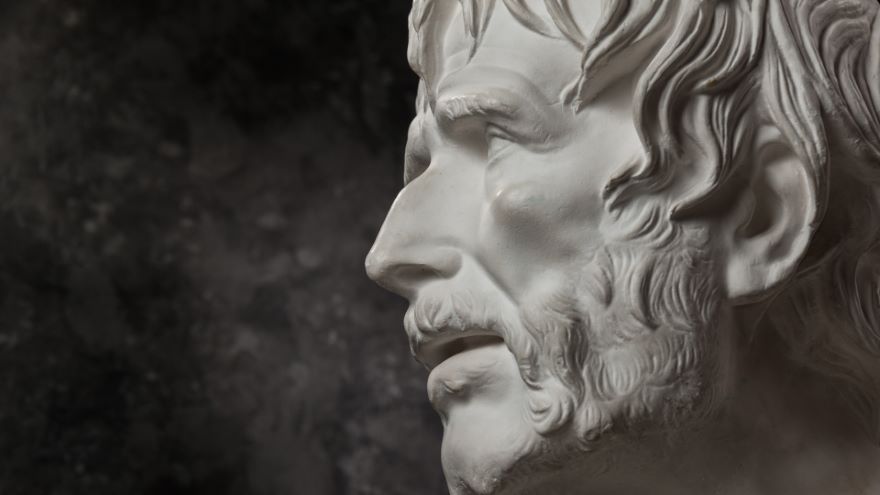 11: Seneca on Grief and Distress

One crucial test of any philosophy of life is whether it’s helpful in unpleasant, unavoidable situations. Learn how Stoicism passes this test by looking at what Seneca (in three powerful letters of consolation he wrote to friends and family) has to say about the fundamental subjects of grief and distress. 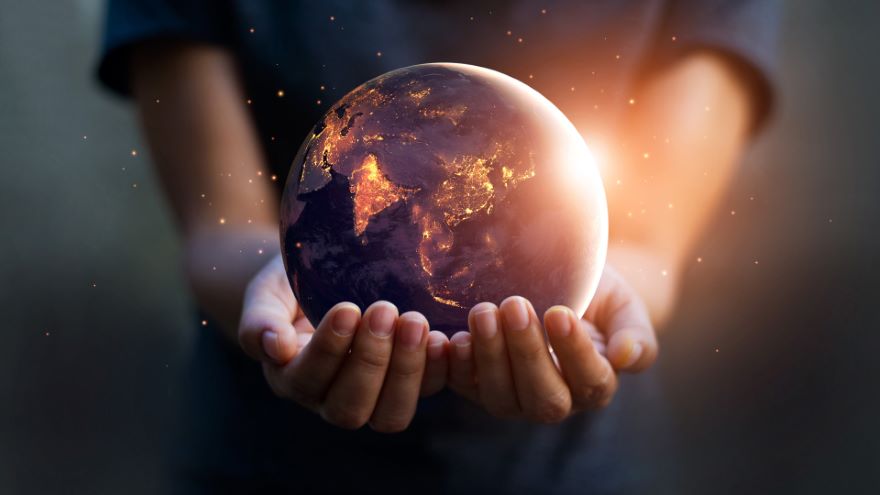 12: Epictetus on the Importance of Reason

Epictetus is a practical, humorous, no-nonsense philosopher. Get to know this ancient Stoic through the first volume of the Discourses, a major treatise on Stoic philosophy written by one of his most illustrious students. Explore, specifically, Stoic views on cosmopolitanism: the notion that we are all members of the same cosmopolis, or world-city. 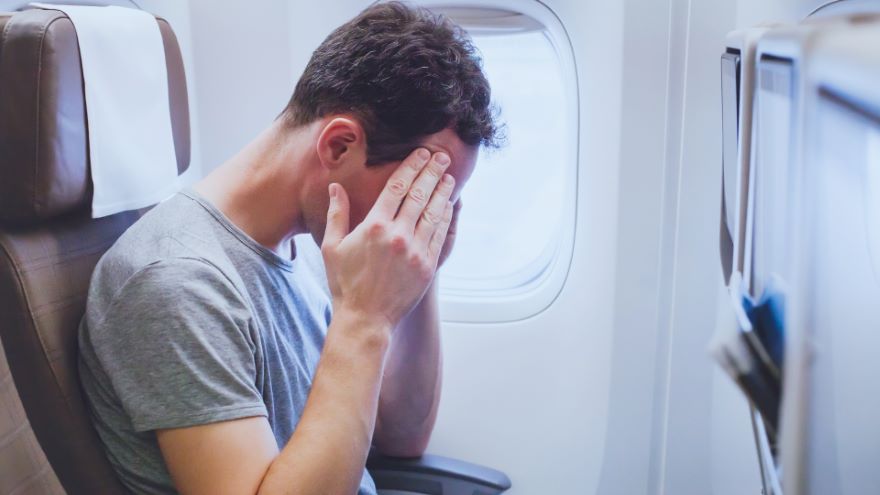 Take an in-depth look at the second volume of Discourses, written by Epictetus, with an aim to apply its insights to your own life. What does Epictetus tell us about what’s under our complete control? How do we make sense of the trade-off between material things and family relations? What pieces of wisdom can we use to manage our everyday anxieties? 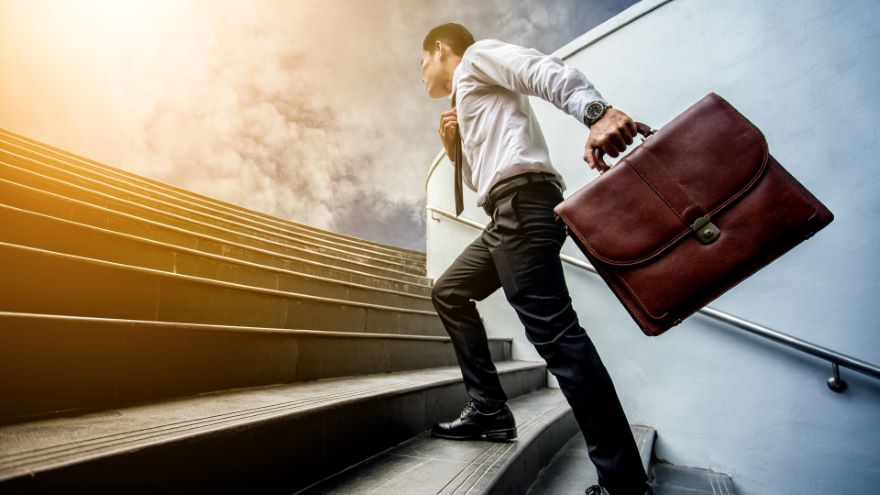 14: Epictetus on Desire, Action, and Judgment

Epictetus employed the concepts of desire, action, and assent as disciplines to understand the entirety of Stoic philosophy. Place these concepts in the historical context during the tyrannical reign of Roman Emperor Domitian, then learn how to use them as a powerful framework through which to lead a better, more meaningful life. 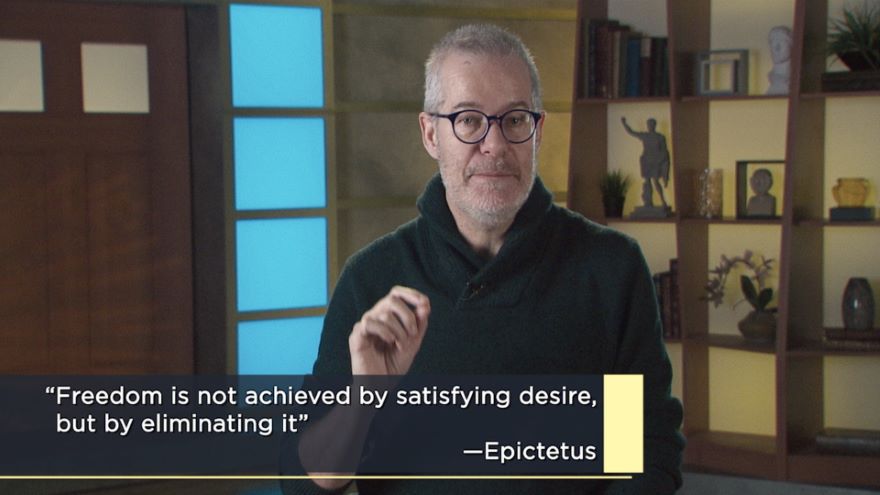 15: Epictetus on How to Be Free

According to the Stoics, if you want to live a free life, you have to be the master of your own desires—chiefly by eliminating them. Get philosophical tips on how to do that. This lesson focuses on the fourth and last surviving book of the collected teachings of Epictetus. 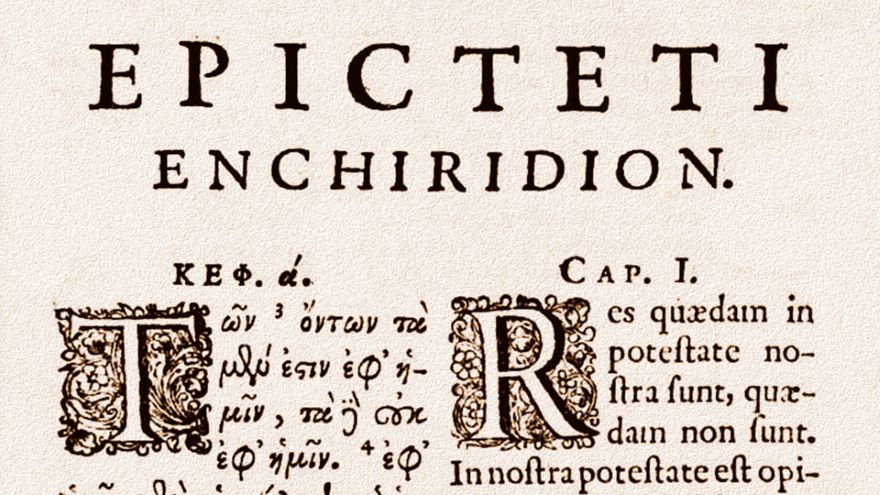 16: A Manual for the Good Life: The Enchiridion

Epictetus wrote Enchiridion (“a little thing in the hand”) as a practical manual for living how to live what the Greco-Romans considered a worthwhile life. Enchiridion was a well-known text throughout the Middle Ages, into the Renaissance, and beyond. Get to the core of its teachings on how to change your desires and aversions. 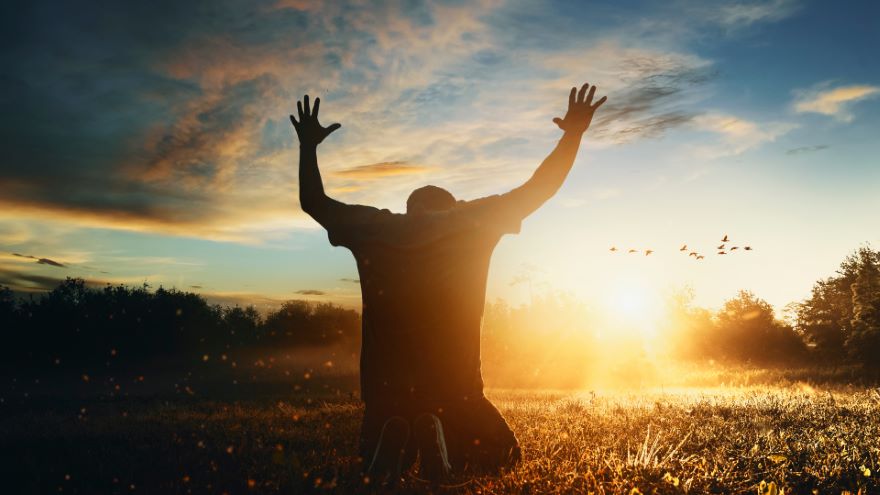 17: Marcus Aurelius on Being Thankful

Marcus Aurelius’s mastery of Stoic philosophy helped him navigate frontier wars, a rebellion, and a plague. Examine the first four chapters of Meditations, which describe exercises in gratitude and contemplations on adversity and death. His most interesting— and misunderstood—idea was: “The universe is transformation; life is opinion.” 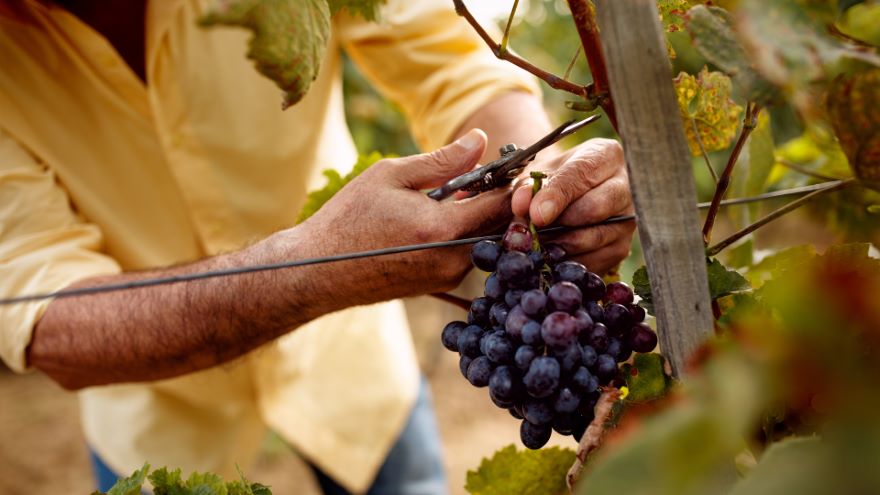 18: Marcus Aurelius, Virtue, and the Vineyard

Now, turn to highlights from the next four chapters of Meditations. You‘ll consider the Stoic sense of duty, an analogy involving vineyards that captures our desire for praise and our fear of criticism, the inevitability of change, the lust for fame, and other human traits. 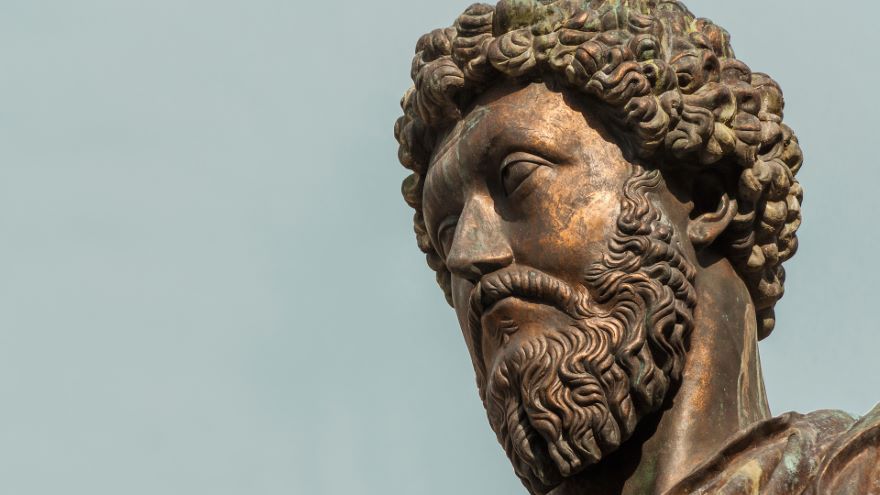 How can we best practice Stoicism during times of turmoil in our lives? This lesson describes the last four chapters of Meditations. Explore how not to catastrophize, how to be mindful of labels, and how to practice a sunrise exercise that goes back to the 6th century BCE. 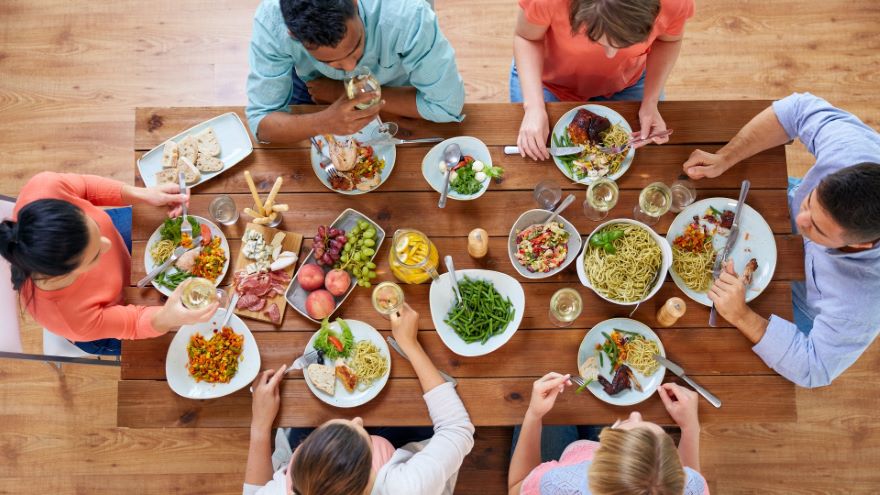 20: From Stoic Self-Mastery to Cosmopolitanism

What do the Stoics say about our diets, or the furniture in our houses, or the proper lengths of a man’s beard? These are some of the many topics you’ll explore in this fascinating conversation that revolves around one of the most influential of Stoics, and least-known: Gaius Musonius Rufus. 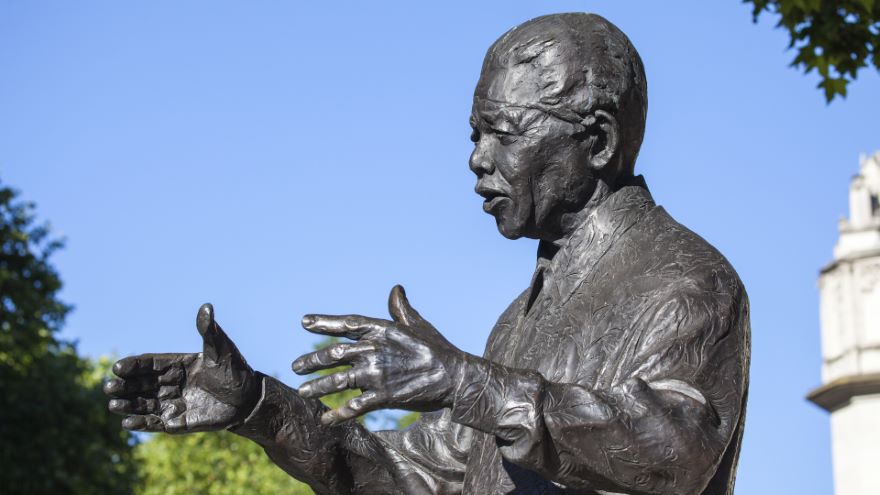 Role models are a crucial aspect in the practice of Stoicism. First, meet two individuals Seneca suggested his contemporaries should model themselves after: Cato and Gaius Laelius Sapiens. Then, consider contemporary role models—real and imagined—who fit the Stoic concept, including Nelson Mandela and Spider-Man. 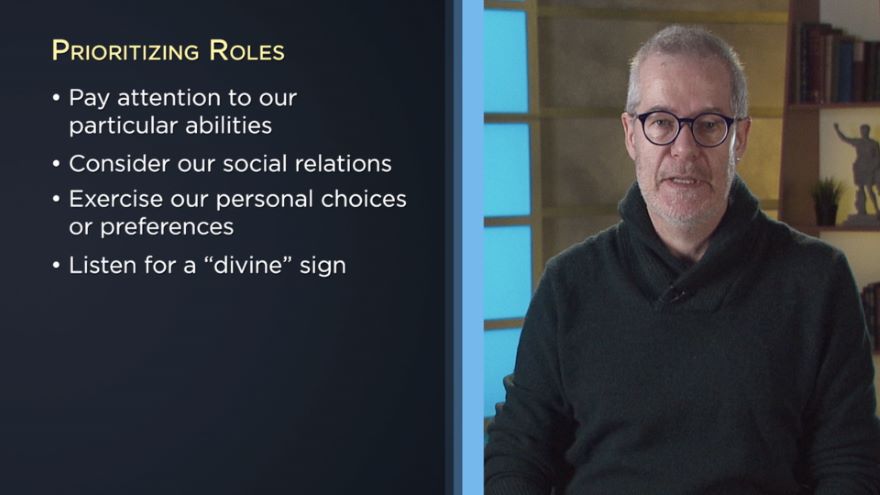 22: How Stoics Bear Responsibility and Conflict

We all play different roles throughout our lives, each of which naturally produces conflict, such as, the role of parent or friend. Learn how to recognize the call for different roles in your life by following four criteria laid down by Epictetus, including considering your social relations and listening for a “divine” sign. 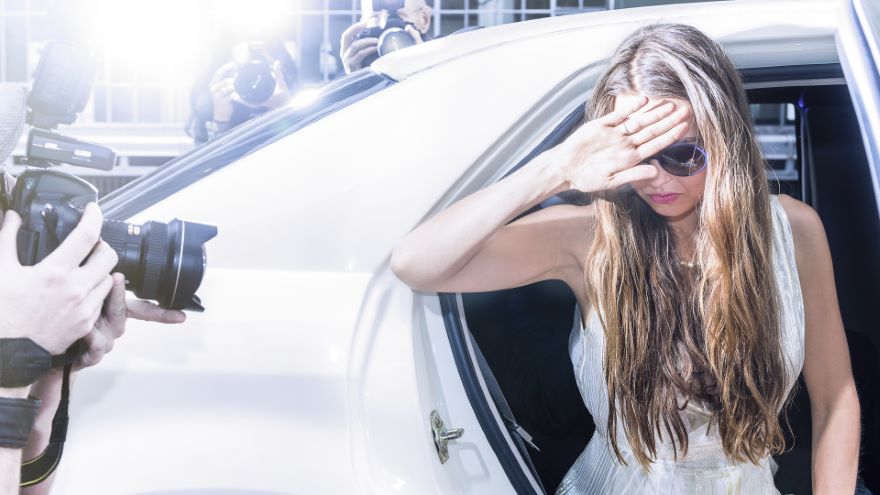 Do Stoics move through life with stiff upper lips? Is Stoicism all about suppressing emotions? Can Stoicism help make you rich and famous? Here, look at some of the common misconceptions about Stoicism, how they diverge from the philosophy’s intent, and what we can learn from them. 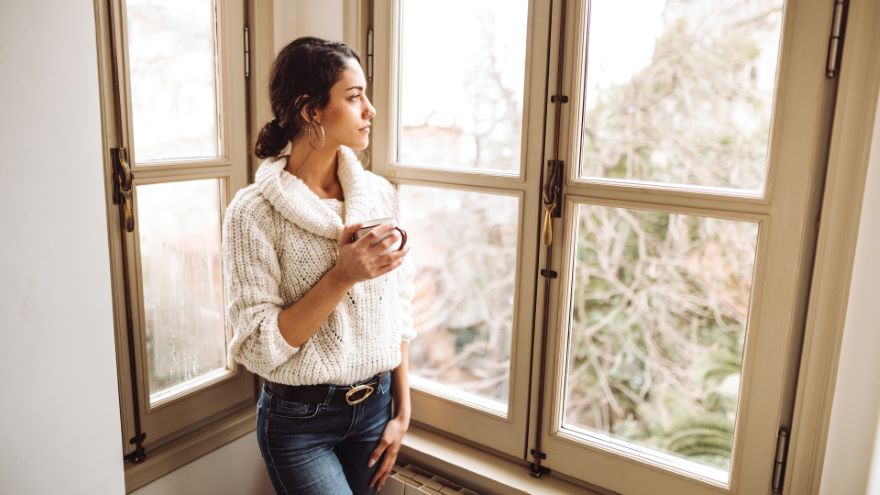 Why would anyone living today wish to become a Stoic? Professor Pigliucci answers this question by comparing Stoicism with three other philosophies of life you’ve probably heard of: Buddhism, Confucianism, and Daoism. He then reveals how his own practice of Stoicism has helped him in his life. 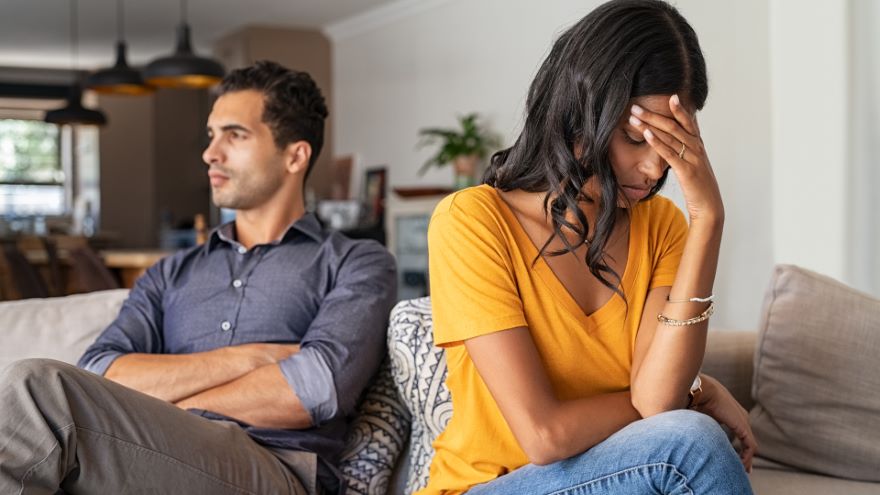 In this final lesson, unpack four examples of personal crises in contemporary life that reveal just how helpful Stoicism can be in guiding our everyday thoughts and practices. What can you learn from a struggling adult child, a home-maintenance mishap, a tormented married couple, and a father’s terminal illness?