The Theory of Everything: The Quest to Explain All Reality

Do you like a good detective story? Join a renowned scientist trying to solve nature's ultimate mystery. 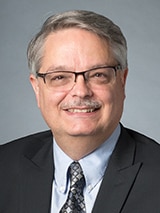 There are so many clues from physics that are staring at us in the face. They are telling us something profound.

Don Lincoln is a Senior Scientist at Fermi National Accelerator Laboratory (Fermilab). He is also a Guest Professor of High Energy Physics at the University of Notre Dame. He received his Ph.D. in Experimental Particle Physics from Rice University.

Dr. Lincoln's research has been divided between Fermilab's Tevatron Collider, until its close in 2011, and the CERN Large Hadron Collider, located outside Geneva, Switzerland. The author of more than 1,000 scientific publications, his most noteworthy accomplishments include serving on the teams that discovered the top quark in 1995 and confirmed the Higgs boson in 2012. He is a fellow of the American Physical Society and the American Association for the Advancement of Science.

His writing at a popular level includes many articles as well as four books: Understanding the Universe, The Quantum Frontier, The Large Hadron Collider, and Alien Universe. His enthusiasm for science education earned him the 2013 Outreach Prize from the High Energy Physics Division of the European Physical Society.

Dr. Lincoln has given hundreds of lectures on four continents to a broad range of audiences. He is a blogger for the website of the PBS television series NOVA, and he also writes a weekly column for the online periodical Fermilab Today. 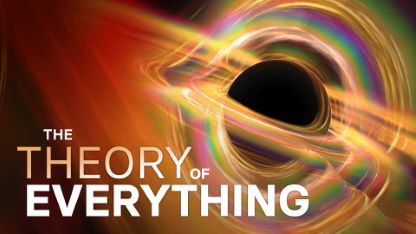 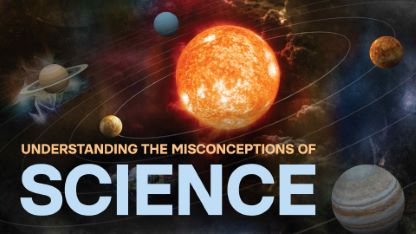 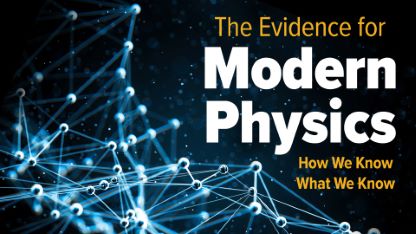 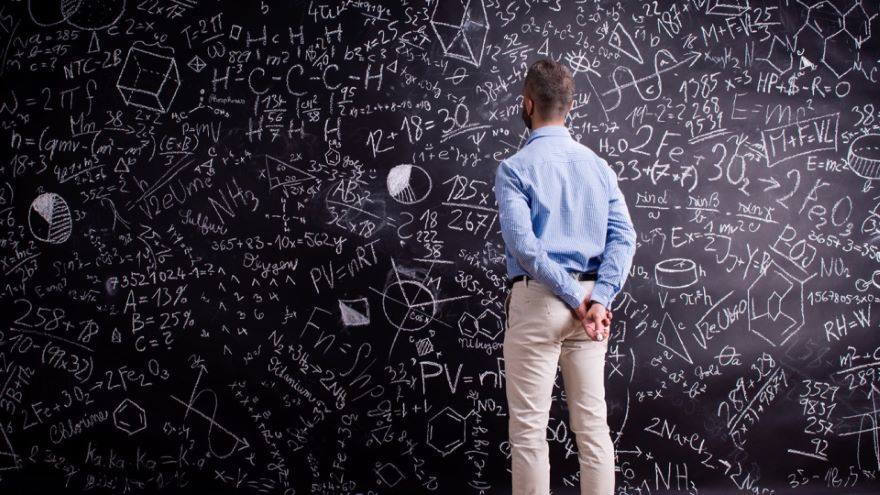 01: Two Prototype Theories of Everything

Embark with Dr. Lincoln on a search for a theory of everything-a simple and comprehensive explanation for all physical phenomena in the universe. Confront the incompatibility of our two best prototypes: the standard model of particle physics and the general theory of relativity.... 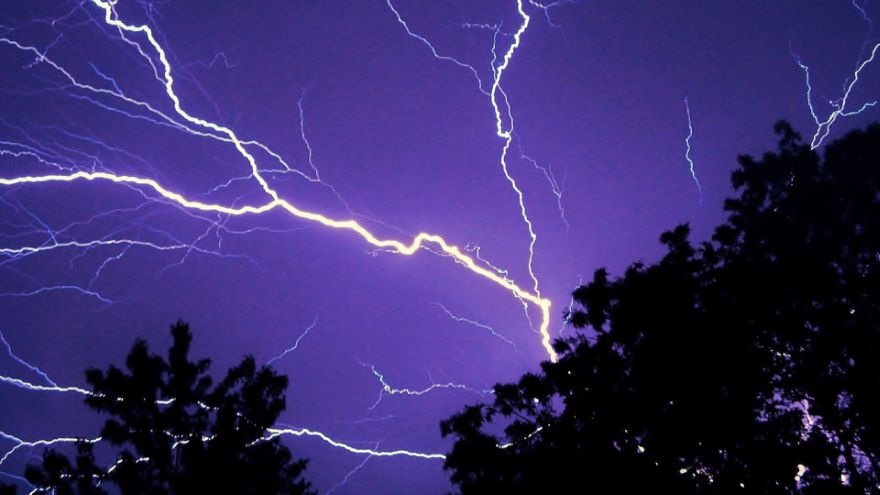 02: The Union of Electricity and Magnetism

Learn how two seemingly separate phenomena, electricity and magnetism, were shown by James Clerk Maxwell in the 1860s to be aspects of a single underlying force, demonstrating how unification works in physics. Then see how Maxwell's equations of electromagnetism make a remarkable prediction.... 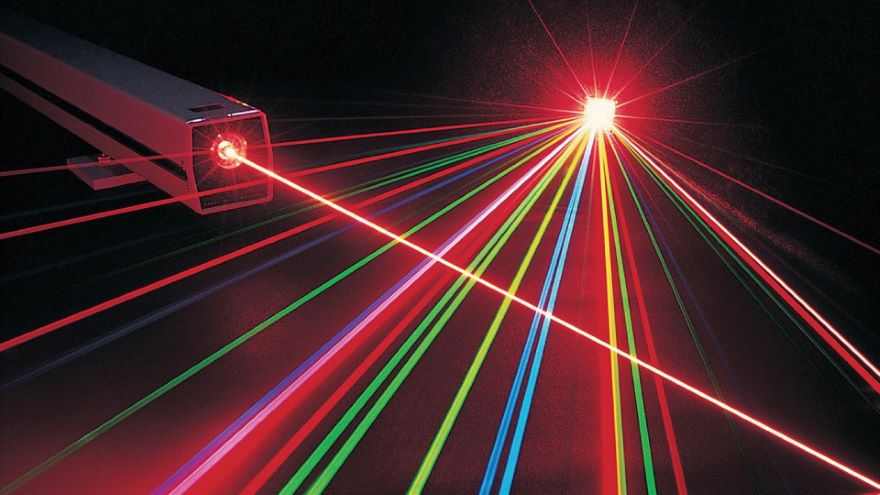 03: Particles and Waves: The Quantum World

Follow one of the strangest turns in modern science: the discovery of the paradoxical world of light, which spawned the theory of quantum mechanics. Discover how light and matter behave as both particles and waves, and look at evidence for this curious feature of the quantum world.... 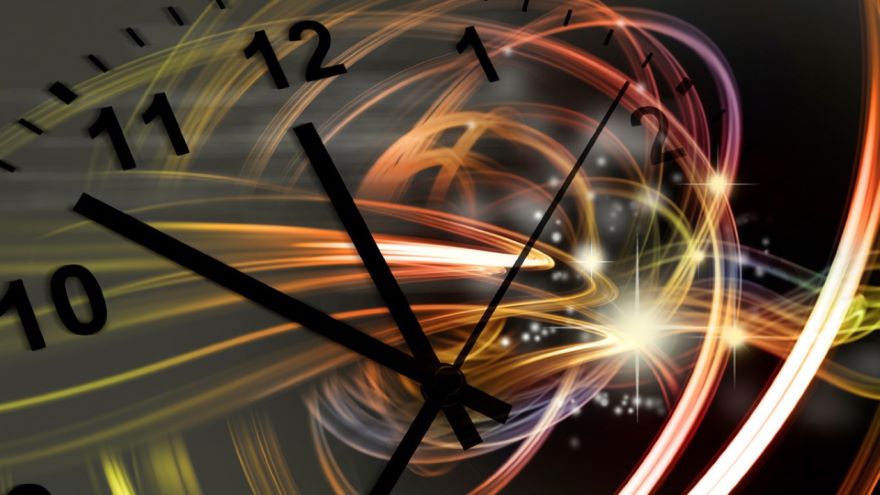 Trace the reasoning that led Einstein to his special theory of relativity, proposed in 1905. Address common misconceptions about this startling new view of time and space, which led to ideas such as mass-energy equivalence, the impossibility of faster-than-light travel, and the space-time continuum.... 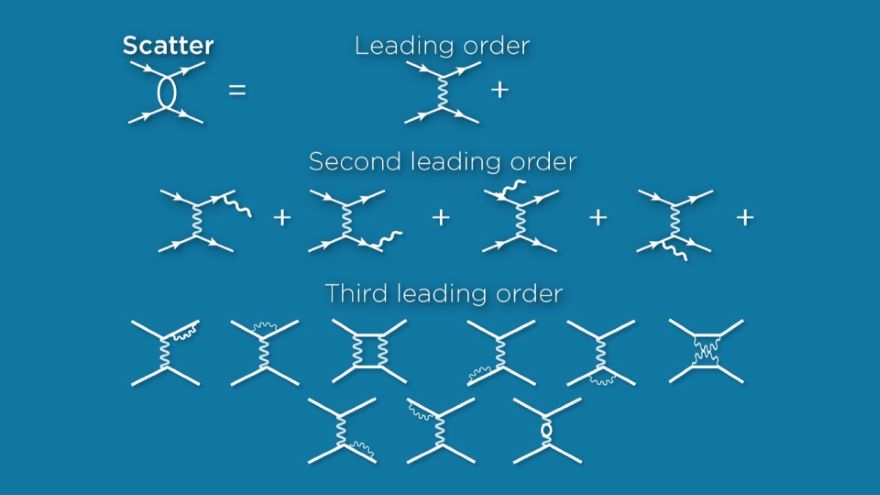 Take a deeper step into the quantum world, observing how the theory of quantum electrodynamics, or QED, unites quantum mechanics with special relativity. Discover that the handy sketches of subatomic behavior called Feynman diagrams (named after physicist Richard Feynman) are really equations in disguise.... 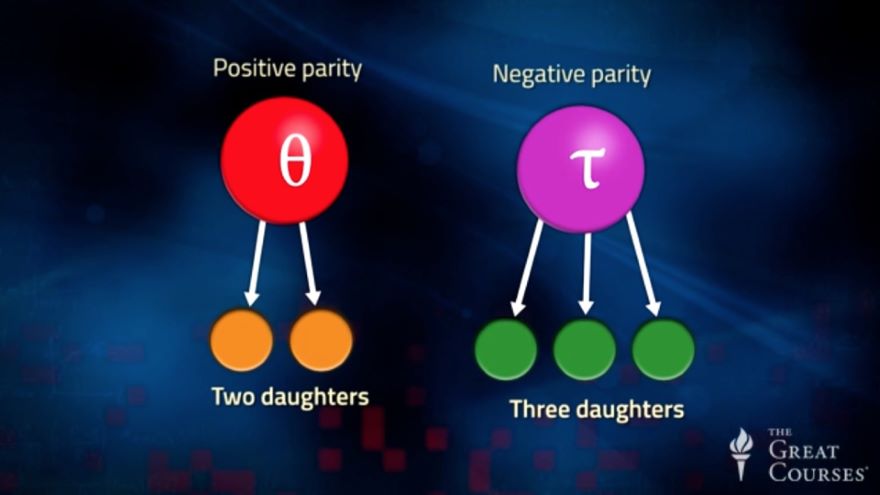 Study the weak nuclear force, which is responsible for beta decay: the emission of an electron from a nucleus during radioactive decay. Discover that much more is going on, including weird transformations that pose a challenge to a theory of everything.... 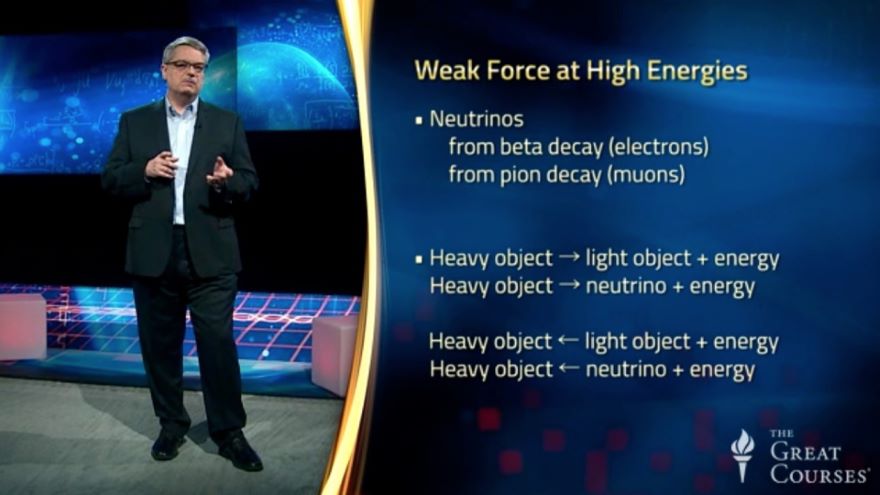 07: Flavor Changes via the Weak Force

Analyze more idiosyncrasies of the weak force, focusing on the three massive particles that mediate its interactions. Discover that the weak force is unique in its ability to change a characteristic called flavor, and learn that at high energies the weak force is exceptionally strong.... 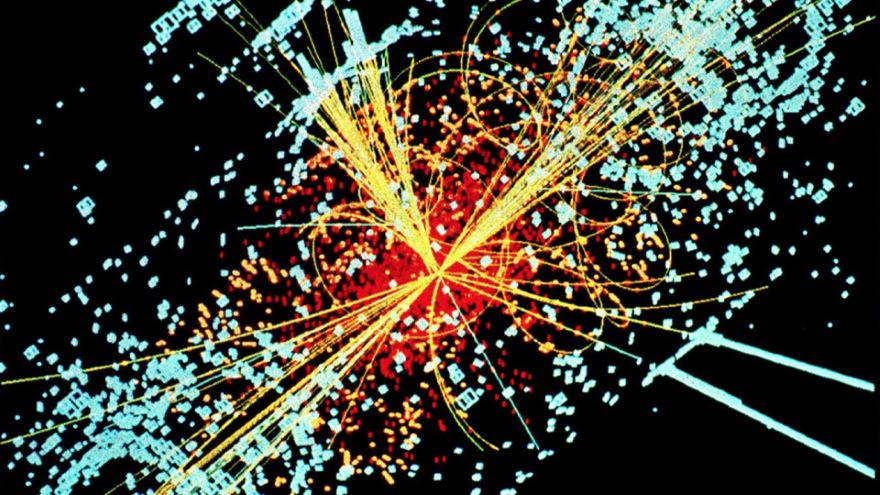 08: Electroweak Unification via the Higgs Field

A key step in the quest for a theory of everything has been the realization that the electromagnetic and weak forces are aspects of the same force. Follow the saga of electroweak unification, which culminated in the discovery of the Higgs boson in 2012.... 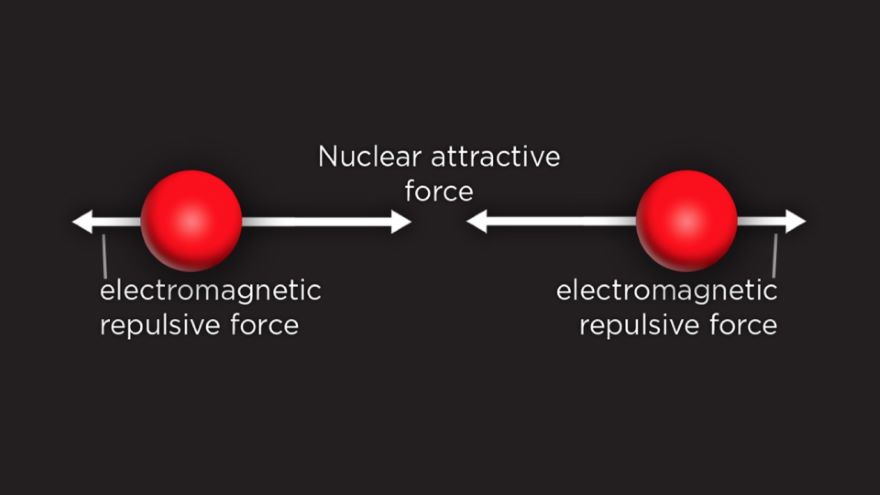 09: Quarks, Color, and the Strong Force

Explore the force that helps hold the atomic nucleus together, called the strong force. Chart the discovery of this mysterious mechanism-which only works at extremely short range-and see how it led to concepts such as quarks, gluons, and the color force, which is responsible for the strong interaction.... 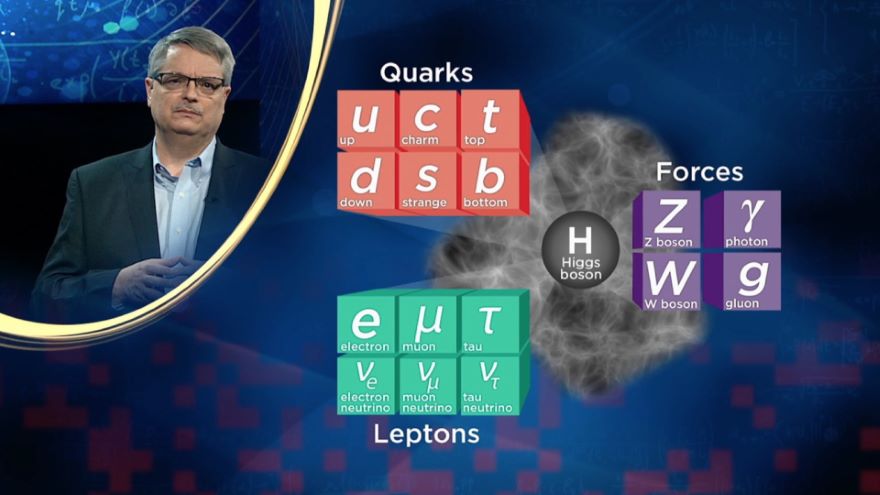 Bring together all the concepts studied so far to gauge how close physicists are to a theory of everything. Focus on the shortcomings of the standard model. Then zero in on two burning questions: Why is the mass of the Higgs boson so low, and why does matter predominate over antimatter?... 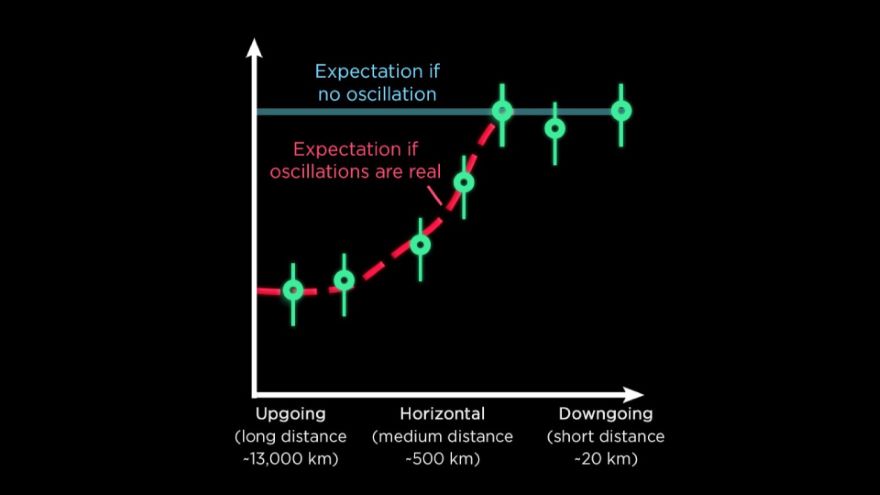 Transition to a new perspective as Professor Lincoln spotlights speculative ideas that may contribute to a theory of everything. In this lecture, explore the mysteries of neutrinos, which are extraordinarily hard to detect yet hold intriguing clues about the possible unity of fundamental forces.... 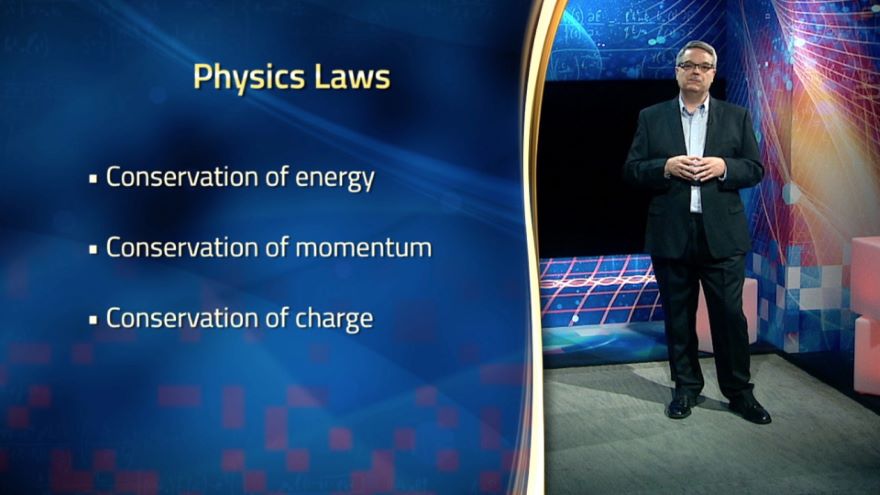 Consider why mathematics is such an effective tool for describing nature. Then focus on mathematician Emmy Noether's remarkable insight that links symmetries in the equations of a physical system to conservation laws, such as the conservation of energy and conservation of momentum.... 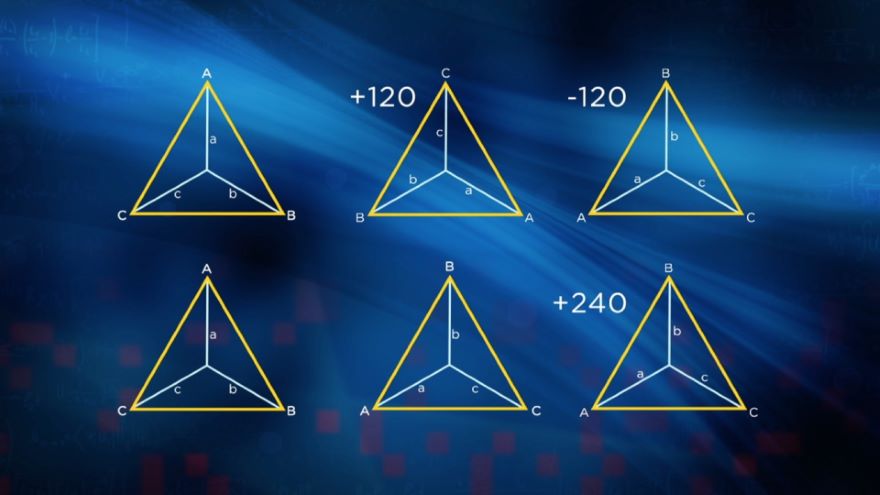 The first inklings of a successful theory of everything will probably arise from symmetries and group theory. Prepare for this epochal moment by digging into these important mathematical ideas. Also, learn to approach proposed theories of everything with fascination, tinged with healthy skepticism.... 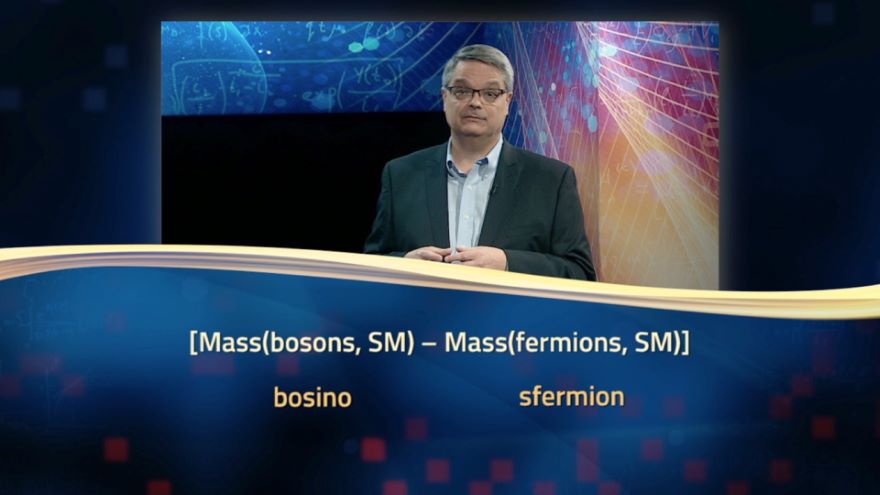 One of the most attractive ideas for physicists searching for a theory of everything is supersymmetry, which treats force- and matter-carrying particles as interchangeable. Explore major problems that supersymmetry solves and the shortcomings that convince some scientists that perhaps some other ideas must also be considered.... 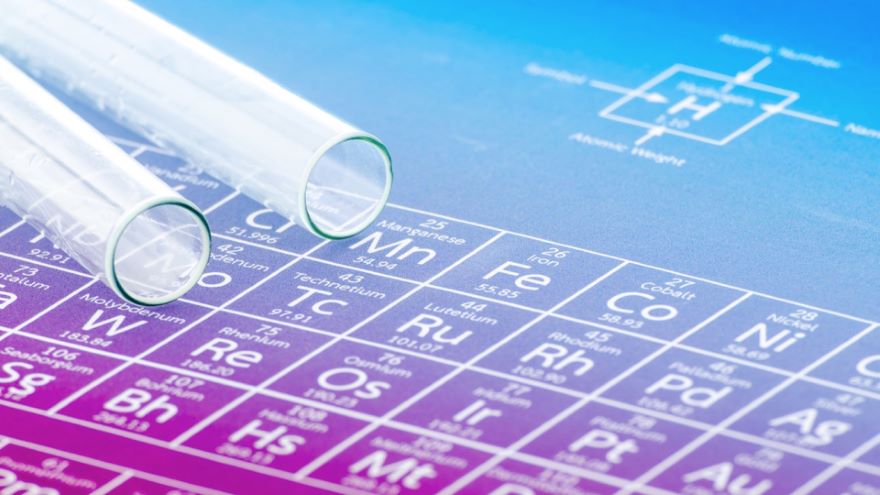 15: Why Quarks and Leptons? 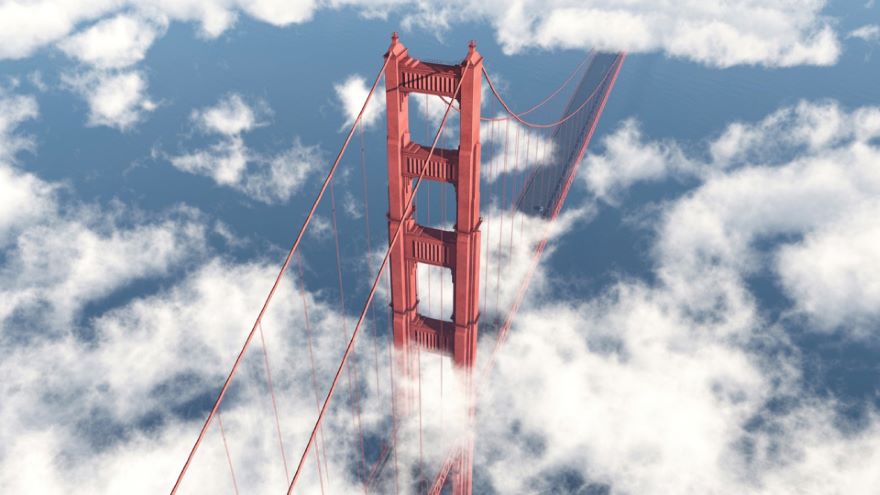 Gravity is by far the weakest of the fundamental forces. Learn how Newton achieved the first major unification in physics by showing that terrestrial and celestial gravity are the same. He also tacitly equated inertial mass and gravitational mass, leading to the startling theory 250 years later.... 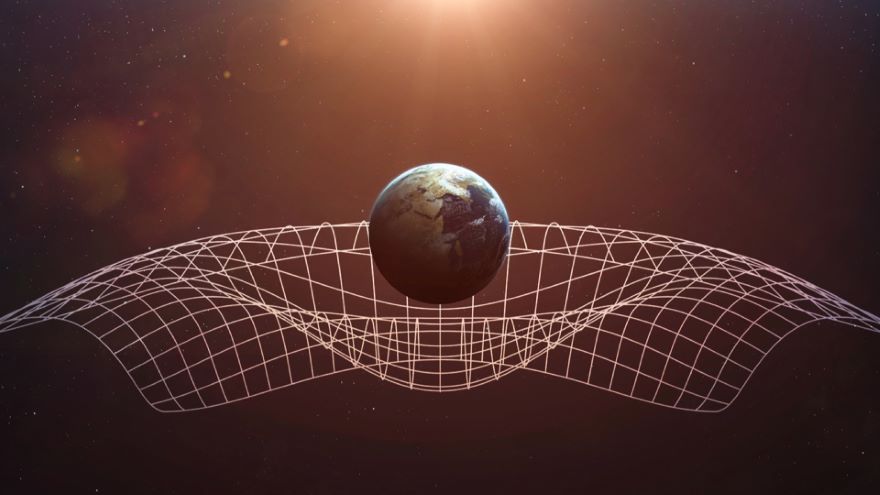 Built on the equivalence of inertial and gravitational mass, Einstein's general theory of relativity explains gravity in a surprising new way. See how matter and energy determine the shape of space and time. Investigate confirming evidence for general relativity, including the discovery of gravitational waves in 2015. 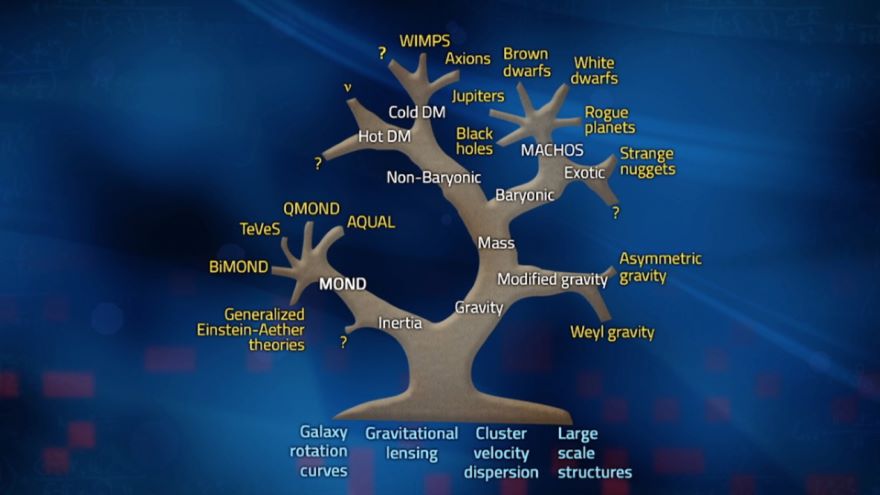 18: What Holds Each Galaxy Together: Dark Matter

Trace the discovery of missing mass surrounding most galaxies, which leads scientists to infer that 85% of all matter is "dark" and can't be observed directly. Evaluate the major theories about this discrepancy, and consider its implications for a theory of everything.... 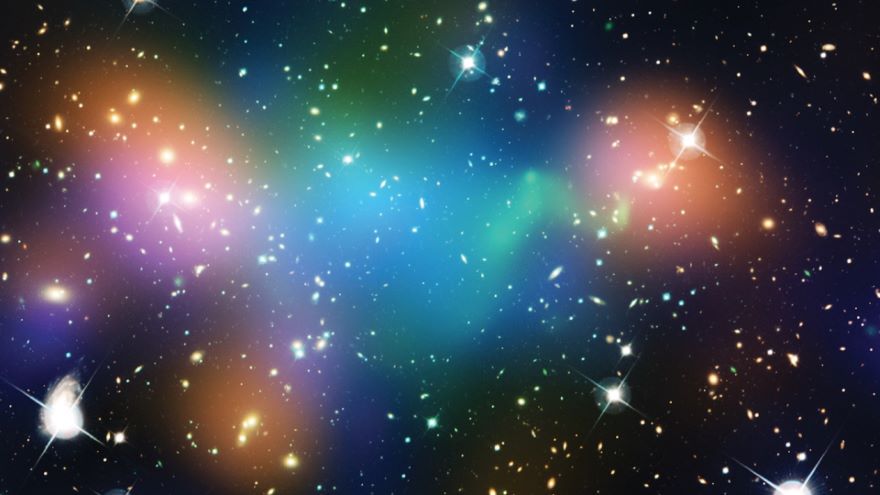 Turn to dark energy, the ghostly energy field that appears to be pushing the universe apart at an ever-greater rate. Learn how this extraordinary discovery was made in 1998, and explore theories that attempt to explain dark energy and its strange consequences.... 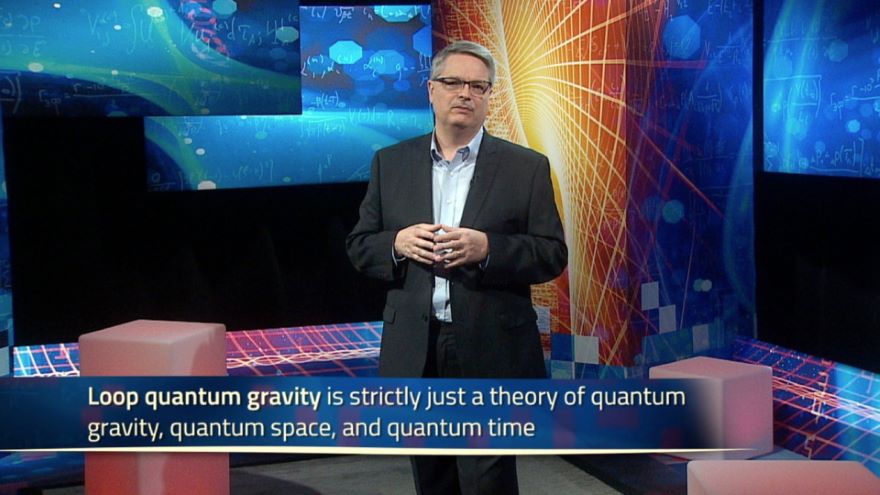 A theory of everything must fit gravity into the quantum realm, reconciling the general theory of relativity with the standard model of particle physics. Explore the features of gravity that make this unification so difficult, and evaluate two intriguing approaches: superstring theory and loop quantum gravity.... 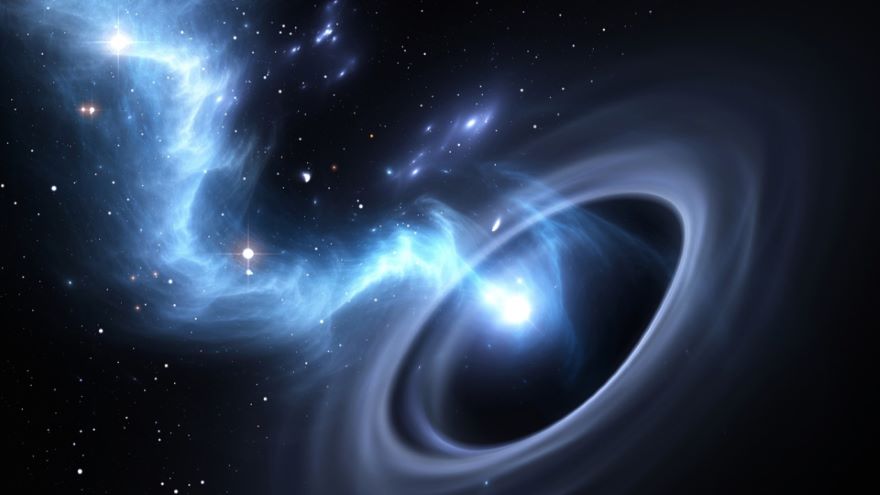 21: From Weak Gravity to Extra Dimensions

Venture into extra dimensions to investigate gravity's extraordinary weakness compared to the other fundamental forces. This journey also sheds light on the possible creation of subatomic black holes in particle accelerators and why tiny black holes pose no risk to humanity.... 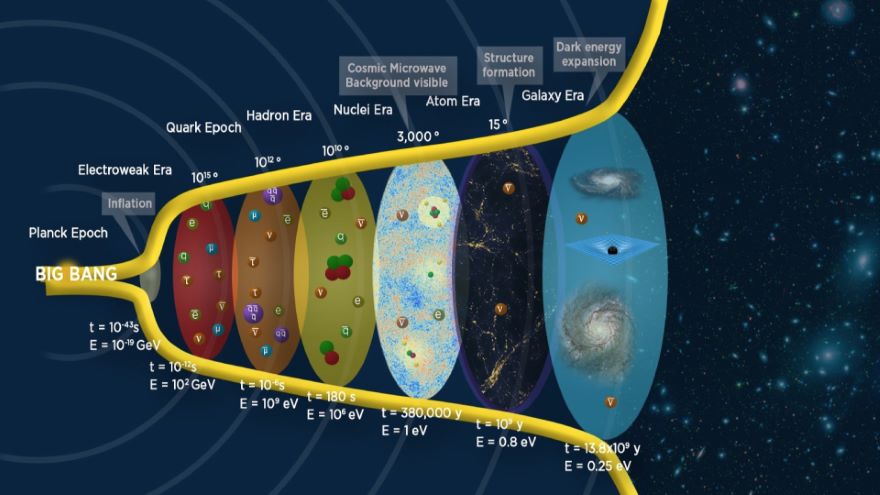 Starting with the big bang, plot the history of our universe, focusing on events in the tiniest fraction of the first second, when phenomena such as supersymmetry, superstrings, and quantum loops may have come into play. Consider the explanatory power of the theory of cosmic inflation.... 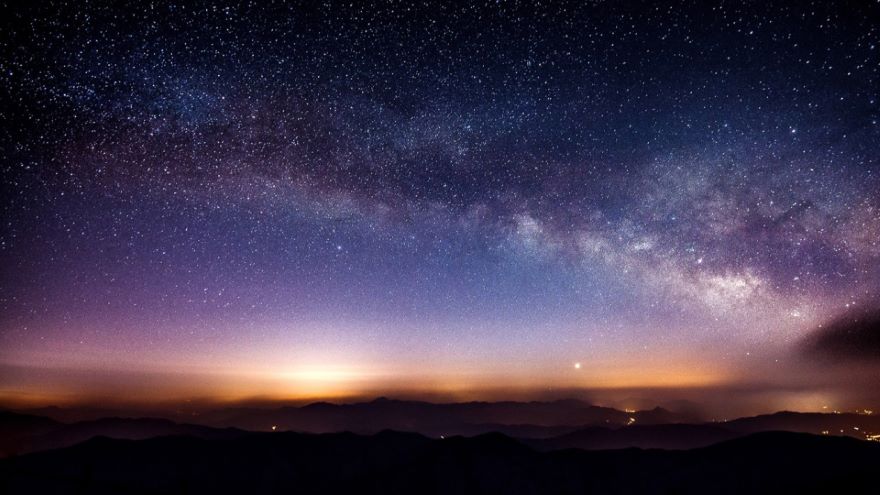 23: Free Parameters and Other Universes

Now step into the realm of other universes. Do they exist? If so, how could we possibly know? Start by examining the free parameters that govern the structure and behavior of our universe. Then seek answers to four crucial questions that address why the parameters take the values that they do.... 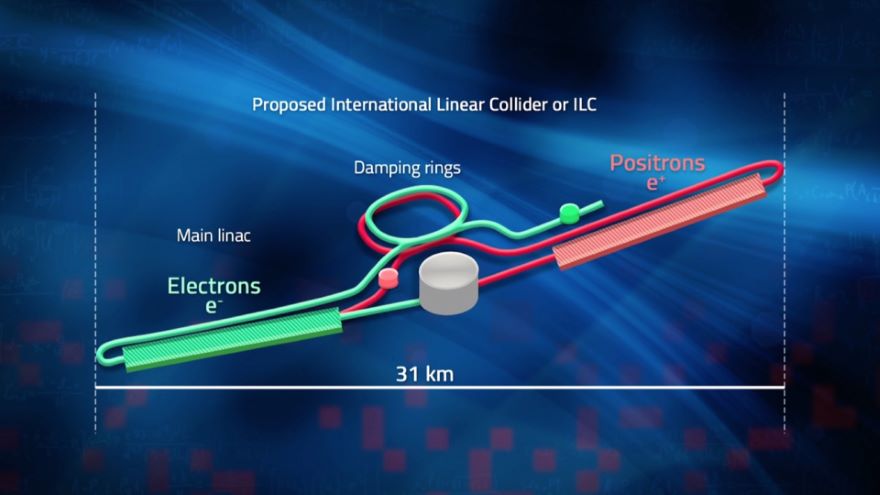 24: Toward a Final Theory of Everything

Finish the course by reviewing unified theories since Newton, analyzing a remarkable equation that brings major insights together and represents the current status of a theory of everything. Then look ahead to the next steps, and hear Dr. Lincoln's own research agenda for this momentous quest....