Plunge into a myriad of thought-provoking issues with a pioneer professor and researcher in psychology to better understand what intelligence is and how it works.
The Intelligent Brain is rated 4.7 out of 5 by 49.
Share
Rated 5 out of 5 by BernieK from Enjoy the Course Dr Haier is able to present very complex information in a format that average learners can handle. He dares to present scientific findings even when we collide with the publics desired results. He lays out his hand faceup, so you know where he stands on the ideas. I my estimation he gives a fair hearing to opinions with which he disagrees.
Rated 5 out of 5 by Seemore from Interesting and well presented Dr. Haier presents complex information about intelligence in a very clear, diplomatic and enthusiastic manner. I enjoyed these lectures and learned a lot about how intelligence and brain function are measured and the future direction of brain research.
Rated 5 out of 5 by Dr AA from Highly Intelligent Course on Intelligence This course had been sitting in my Audible-library for about a year, finally got to it. (But decided to review it on Wondrium as I just re-discovered this now very-well designed and functional platform). This course is a pure pleasure to listen to due to primarily these factors: # evidence-based, Dr. Haier goes where the facts take him, which is a superior way of dealing with the world, with that we can actually improve what's not working well currently, instead of engaging in wishful thinking # well-structured. The whole course, but also each lecture, each example is usually well-structured when it comes to argumentation and explanations, which makes it very easy to comprehend. # broad and deep, historical and future-looking # likable person, shouldn't matter, but it does, Dr. Haier is a very likable person Given the importance of being able to make good-decisions for oneself, and the consequences for our own life: personal finance, health, relationships and so on, rational reasoning-ability (which is what we're really interested in here, not some narrow savant ability) is probably the most important topic for society today. Yet, we prefer to sweep it under the carpet, or worse, deny scientific evidence and start from there. This goes for education, resource-allocation. It'll hurt the ones on the lower spectrum the most, by those that are trying to help them most, and it's just so dumb. Therefore, if you're involved in policy-decisions, education in one way or another, a parent - or just a human living in a modern society, this is a MUST LISTEN. Highly recommended.
Rated 5 out of 5 by JimMultiverse from Clear explanation of intelligence research The professor gave a wide ranging and thoroughly enjoyable series of lectures on the concepts of intelligence - the Genetic, Environmental and Epigenetic interactions.
Rated 5 out of 5 by seal pup from Another fact base course. More course material needed by Pro Haier, honest, intelligent and there is a followup course needed. Well done Pro.
Rated 5 out of 5 by bbright49 from Outstanding I thought this was a great course. Dr. Haier is one of the best presenters yet. Since this course is eight years old would like to see an updated course.
Rated 5 out of 5 by Shoebox from Intelligent Brain Dr Richard J Haier is very professional and personable with his presentations. This course is very informative. Dr Haier's delivery is outstanding. He is an asset to the world of research. You were smart in getting him to produce this course. I enjoyed it.
Rated 2 out of 5 by irrationalPi from Good Course, but defective Disks Liked the professor and his delivery. I would have given the course 4 stars if the first lecture on the second disc (#7) and the last lecture on the third disc (#18) didn't lose the sound for about 10 seconds, out of every minute, for the entire lecture. Very disappointing.

No feature of the mind is as important, controversial, and mysterious as intelligence. It is the epitome of brain function, and it has a powerful influence on success in life. And thanks to decades of research, we are closer than ever before to understanding it. Now in The Intelligent Brain, taught by one of the world's foremost researchers on intelligence, Professor Richard J. Haier of the University of California, Irvine, you'll trace the fascinating history of intelligence testing and its leading thinkers, as well as what brain imaging studies and the most recent research findings reveal about this most complex of human phenomena. 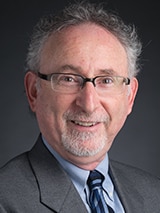 I'm very gratified to see positive customer feedback on the most controversial aspects of intelligence, especially when the course changes how people view the scientific study of intelligence and corrects popular misconceptions.

University of California, Irvine
Dr. Richard J. Haier is Professor Emeritus in the School of Medicine at the University of California, Irvine, where he has been teaching and conducting research since 1984. He earned his B.A. in Psychology from the State University of New York at Buffalo, and his Ph.D. in Psychology from Johns Hopkins University. Before his appointment at Irvine he was on the faculty of Brown University's Alpert Medical School. Professor Haier's main research interest is the structural and functional neuroanatomy of higher cognitive processes, especially intelligence. In 1988, he and his colleagues conducted the first modern functional brain imaging study of intelligence with positron emission tomography (PET) and proposed a hypothesis linking good performance on an intelligence test to efficient brain function. Professor Haier's more recent research with magnetic resonance imaging (MRI) has identified specific brain areas where gray and white matter features correlate to the g factor of intelligence and other intelligence factors. In 2012, he received the Distinguished Contributor Award from the International Society for Intelligence Research. In addition to his many professional publications, Professor Haier's research has been featured on NOVA scienceNOW, NPR, CNN, and CBS Sunday Morning, and in numerous newspaper and magazine articles. 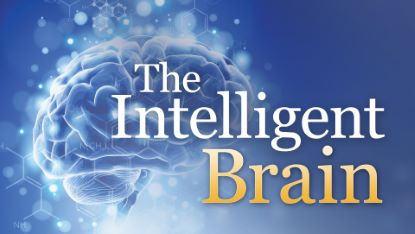 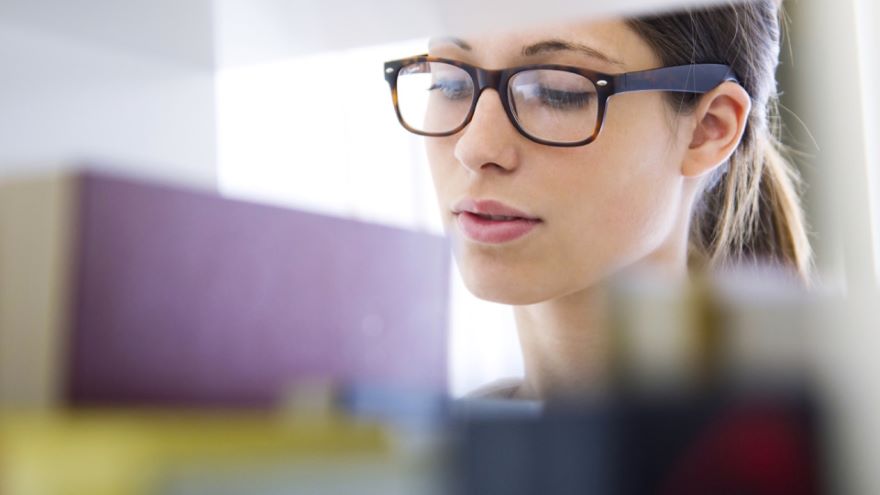 Probe the nature of intelligence by looking first at the phenomenon of savants-individuals who excel at a narrow mental skill. Does this qualify as intelligence? Examine how intelligence is defined, and explore its connection to IQ and a variable called g, which is the conjectured general factor of intelligence.... 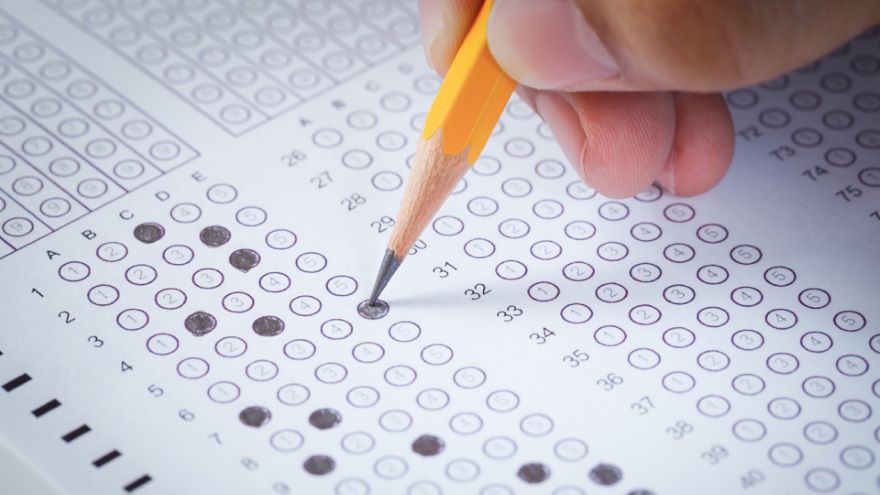 What does an IQ test measure? Study the history of intelligence tests, including the Stanford-Binet test and the Wechsler Adult Intelligence Scale. Consider typical questions used to measure intelligence, and learn how they are designed to avoid bias. Also look at the SAT for college admission.... 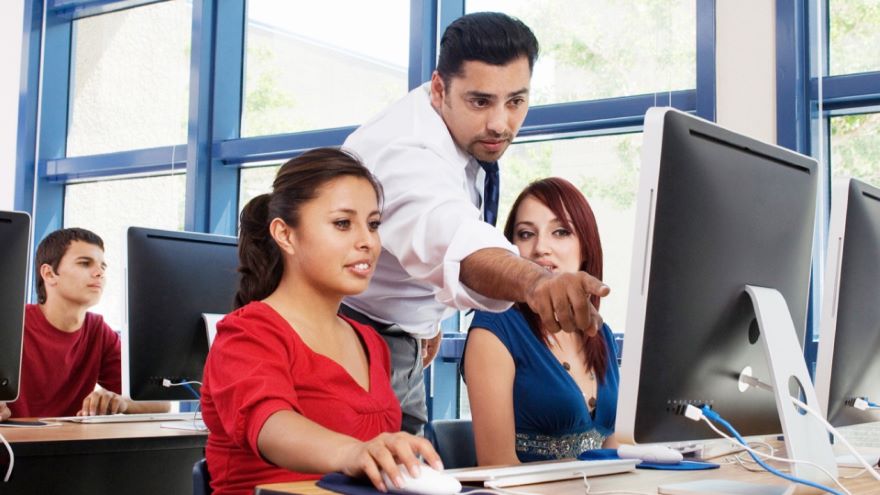 Survey the importance of intelligence in 10 areas of everyday life, from school success to managing money to making medical decisions. What does the g factor predict about the ability to cope in these situations? Finally, consider the implications of such predictions for public policy.... 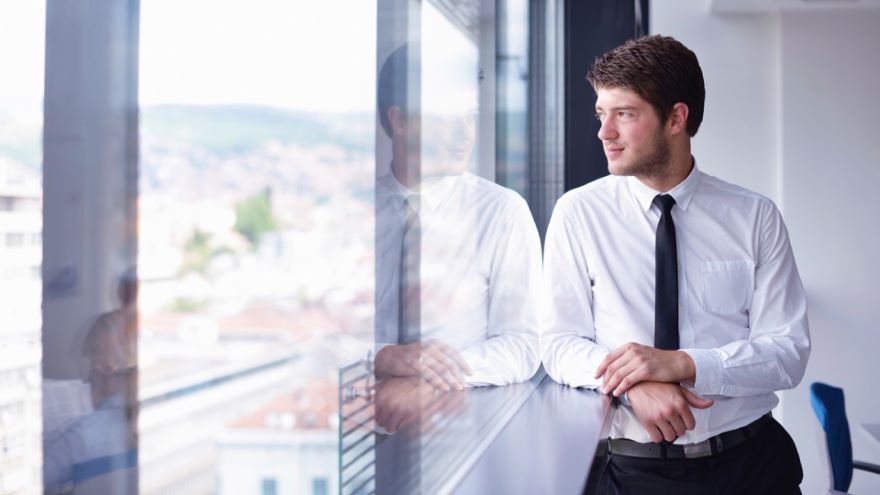 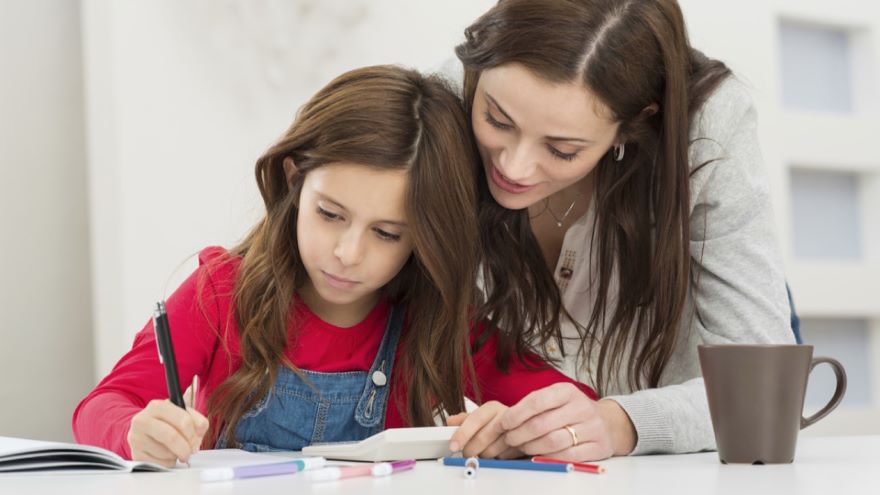 05: Intelligence and Genius over the Life Span

Follow the careers of geniuses throughout their lives in three classic studies that began in California in the 1920s, Scotland in the 1930s, and Baltimore in the 1970s. Each study started when the test subjects were children, testing their mental abilities and successes at various intervals.... 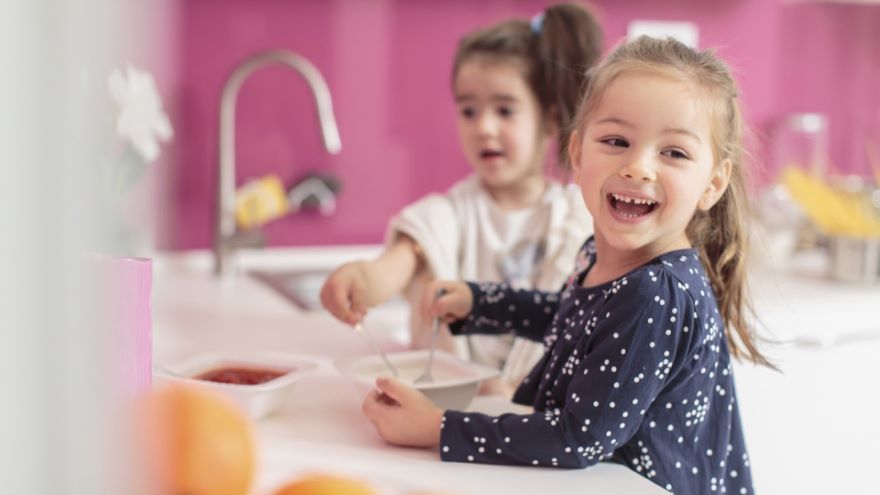 Do early childhood experiences affect intelligence? Look at the value of compensatory education, which was evaluated in what may be the most controversial article in the history of psychology. Then examine the impact of environmental elements, such as culture, birth order, and family size.... 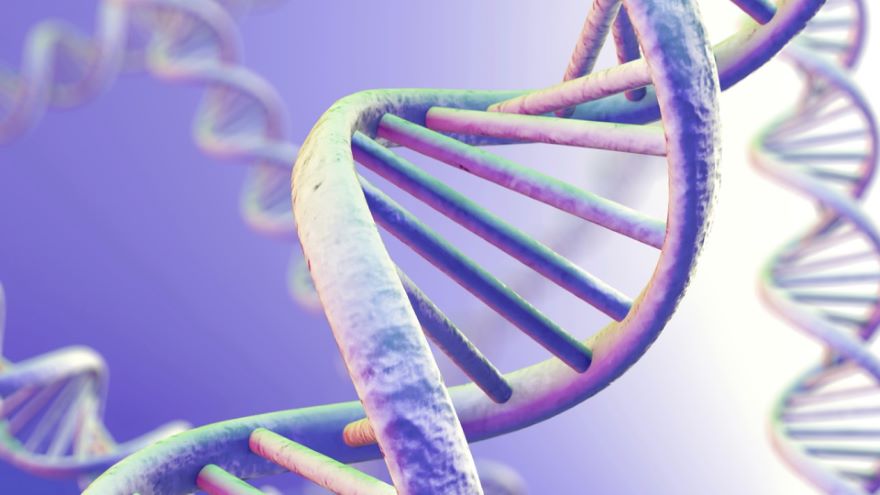 Are there intelligence genes? Delve into the connection between genes and intellectual capacity, focusing on the search for relevant genes and environmental triggers that may govern gene expression. Also examine the history of intelligence research on identical twins, particularly those reared apart.... 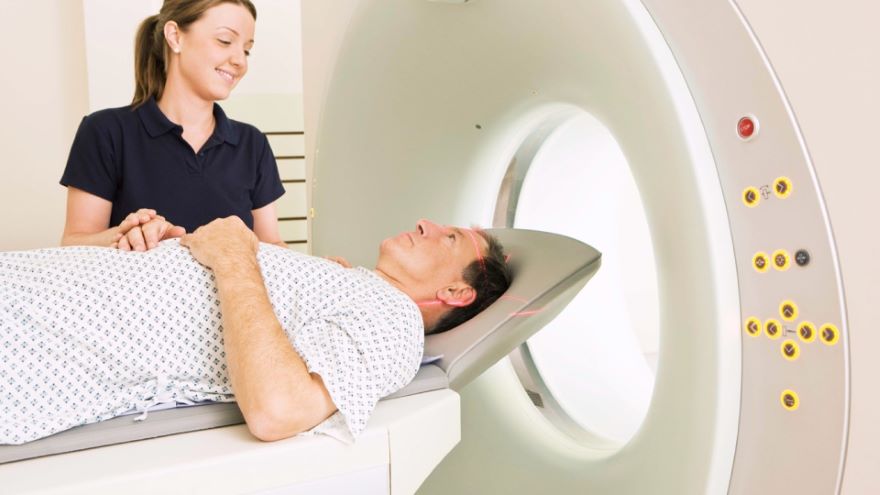 08: Can We See Intelligence in the Brain?

Brain imaging technology may be the most important development in intelligence research in the last 40 years. Explore positron emission tomography, or PET, which highlights areas of the brain that are working hardest. Learn that these data correlate in an unexpected way with intelligence.... 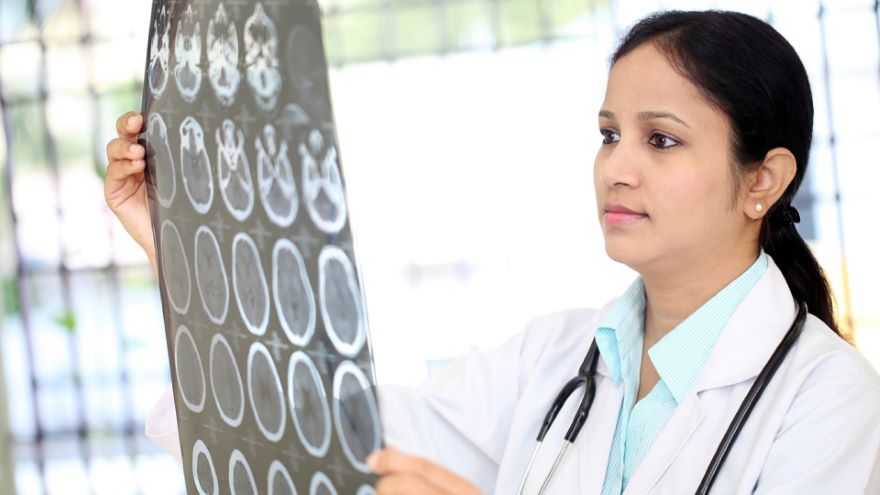 09: What Brain Imaging Reveals about Intelligence

Turn to magnetic resonance imaging, or MRI, a technique that can measure brain structure and changing brain activity. Among other findings, MRI scans suggest that men and women may have different brain areas related to the g factor. Also investigate a new brain imaging technology called magneto-encephalogram, or MEG.... 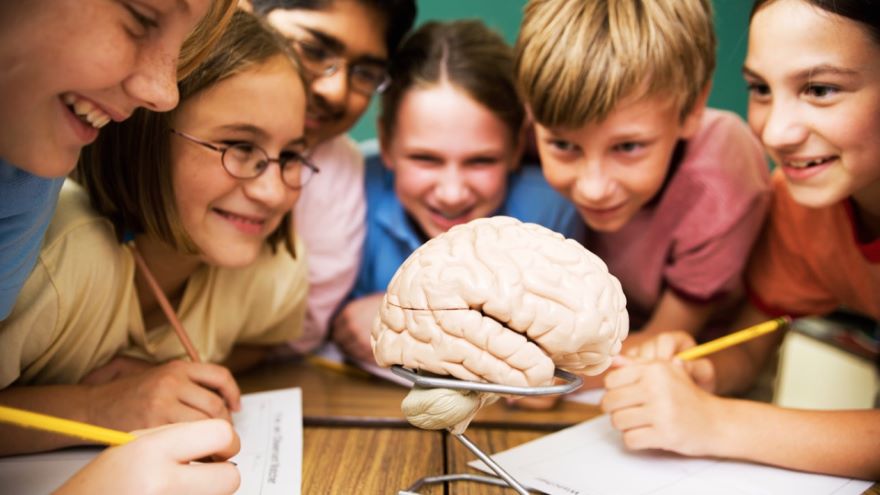 10: Intelligence and the Brains of Children

Examine research about intelligence and the brains of children and adolescents. Focus on three questions: What aspects of brain development are related to intelligence? Are these developmental factors essentially the same for everyone? Is there a critical period when these factors can be influenced?... 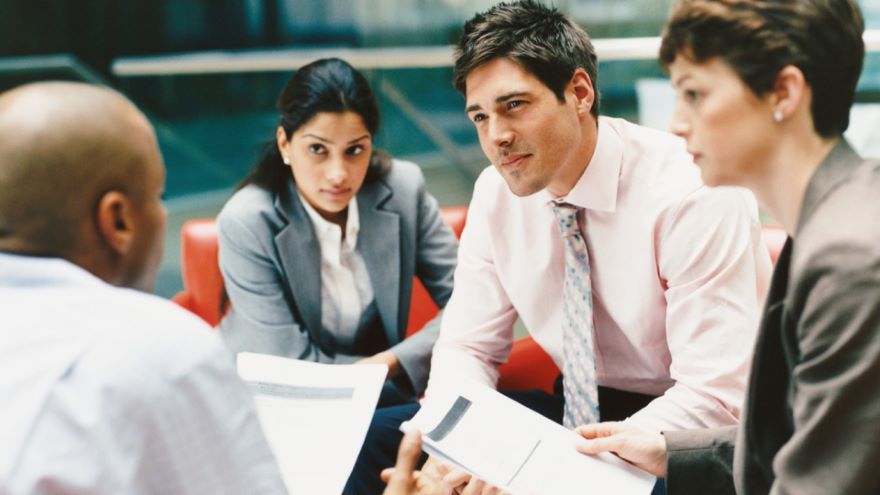 Survey average differences between the sexes in specific mental abilities, such as verbal fluency, fine motor skills, and mathematical and scientific reasoning. Do different performances in these spheres relate to sex differences in the brain? Do these differences help explain the disparity of men and women in certain professions?... 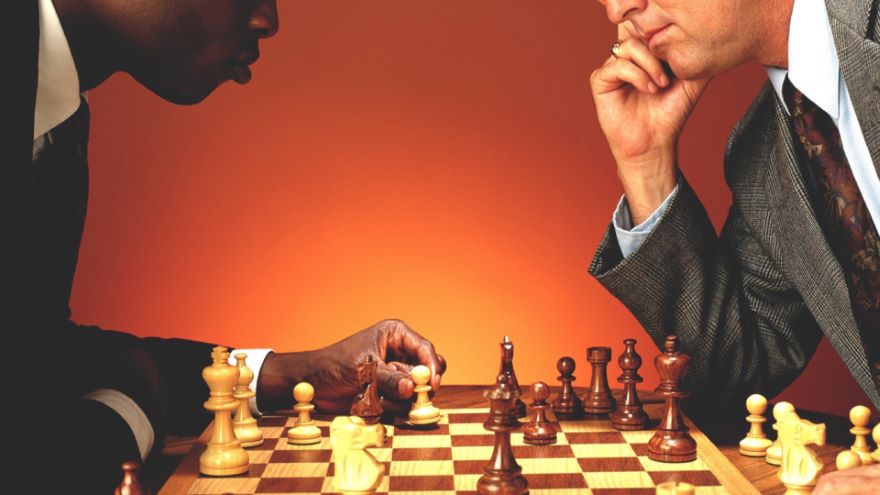 Tests such as the SAT show a persistent performance gap connected to race. This is one of the most volatile issues in the social sciences. Use the information developed in the course so far to analyze the issues and possible causes and remedies for closing the gap.... 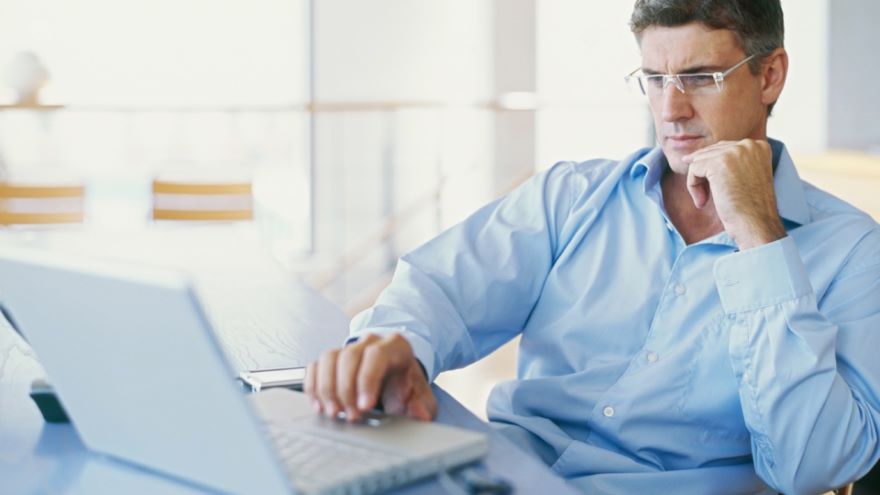 13: Are We Really Getting Smarter?

Delve into the controversy over the Flynn effect, named for psychologist James R. Flynn, who was one of the first to study the phenomenon of worldwide rising IQ scores. Is each generation really smarter than the last? If so, does this trend disprove a major role for genetics in intelligence?... 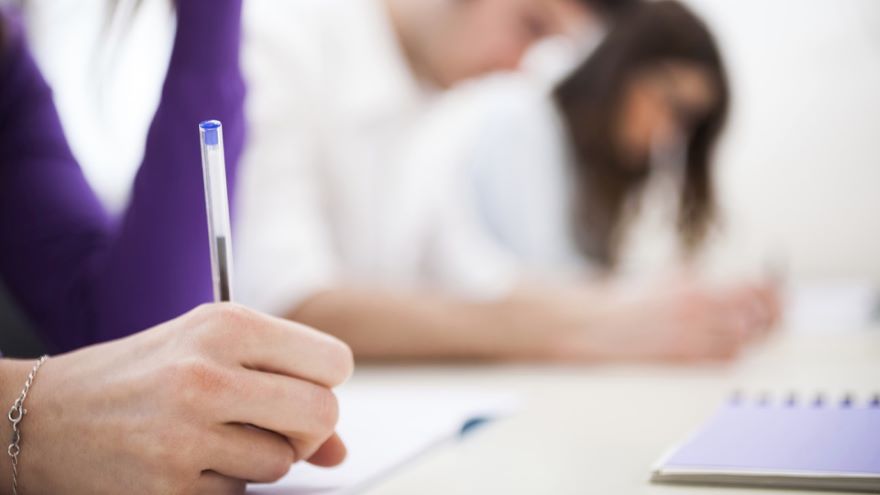 14: The Mind in Milliseconds

Scores on intelligence tests are only meaningful compared to those of other people. In this lecture, explore a simple and easy way to estimate intelligence in absolute terms. Also, learn about the concept of "mental chronometry" to measure intelligence as proposed by the prolific and controversial researcher, Arthur Jensen of the University of California, Berkeley.... 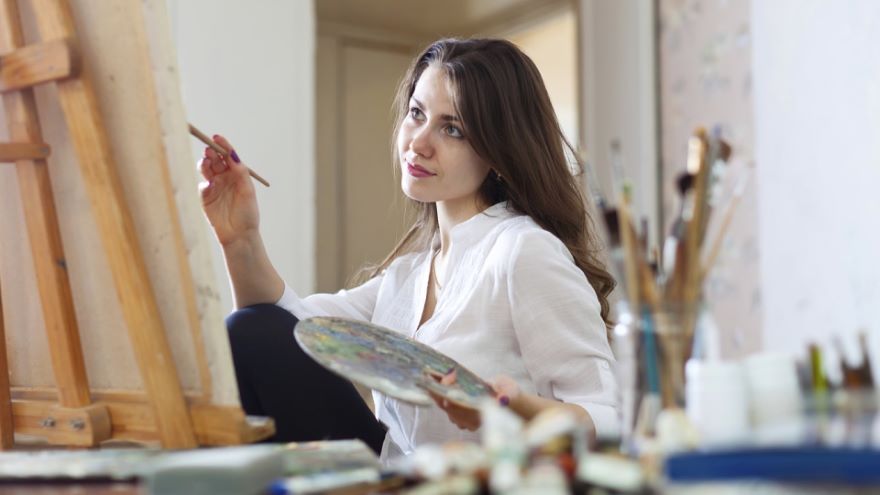 Examine rare cases in which brain trauma unleashes hidden powers of creativity. How do such examples shed light on the problem of defining and measuring creativity? Next, probe the connection between creativity and intelligence, and explore intriguing clues from brain imaging studies.... 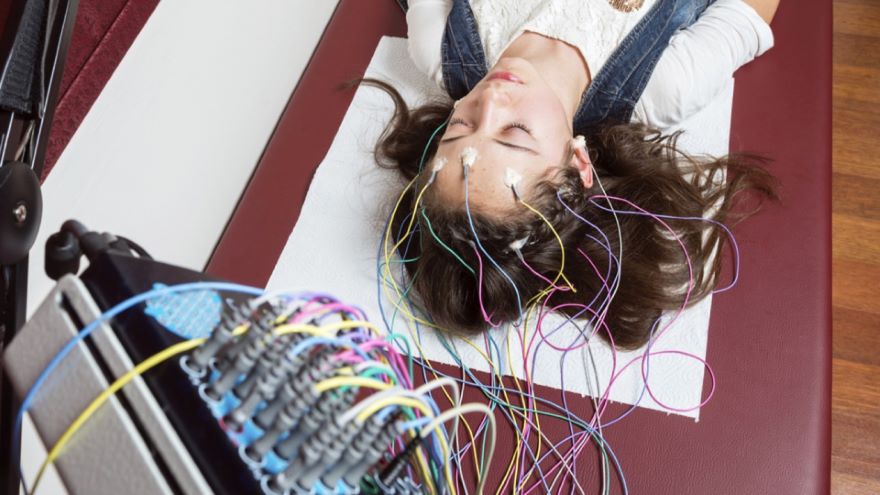 16: Can Intelligence Be Enhanced?

Look into the future of intelligence enhancement, which may involve gene manipulation and an understanding of how specific genes function to increase intelligence. Then cover two nongenetic techniques that are being researched currently: memory training and an approach that promotes accelerated learning with mild electric shocks to the brain.... 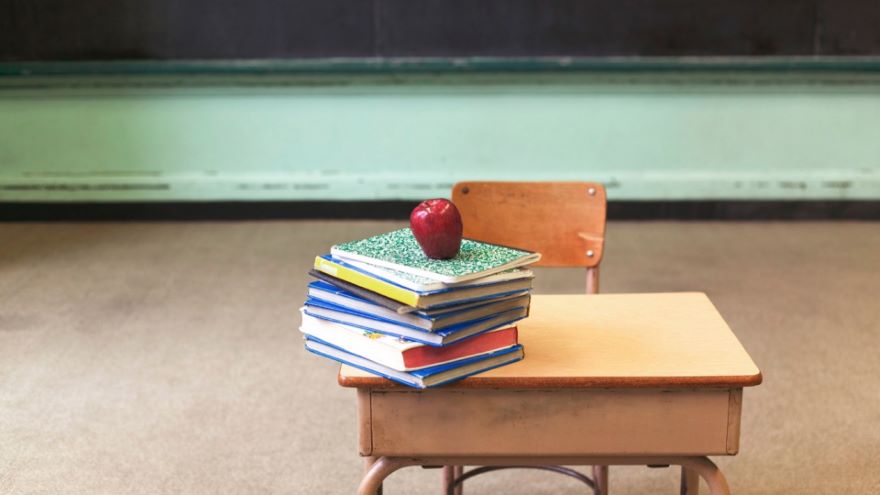 Probe the potential for brain imaging to evaluate a student's cognitive abilities. Can brain data be used to create a profile that would predict not only the pattern of cognitive strengths and weaknesses, but also how to tailor education for a person with that pattern?... 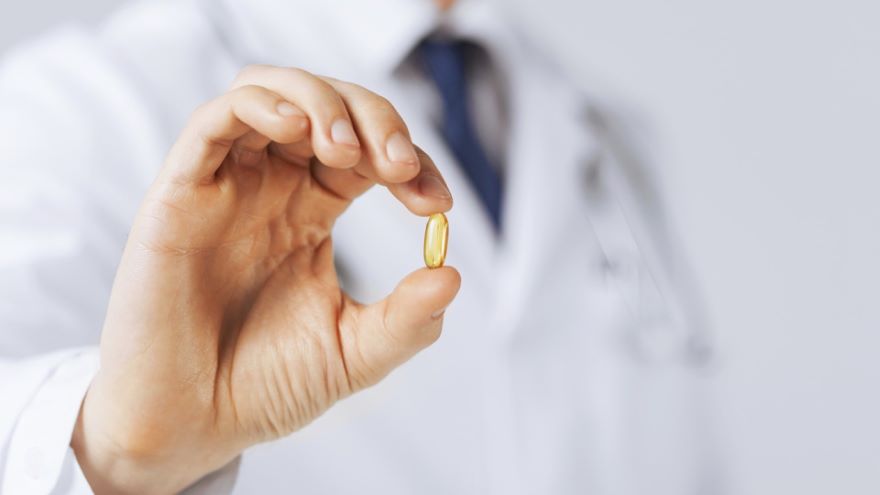 If we could raise intelligence, should we? Consider the current controversy over the use of drugs by students to get better test scores. What about the future, when drugs to enhance memory, attention, and learning may be vastly better? Probe the ethical quandaries we may soon face in pursuit of ever-greater intelligence....