Learn how to build a robust psychological toolkit for survival in a host of life-threatening situations and emergency scenarios.
Survival Mentality: The Psychology of Staying Alive is rated 4.4 out of 5 by 43.
Share
Rated 5 out of 5 by cknot from Excellent Course This course was excellent! Professor Zarse delivered a powerful presentation and provided meaningful information that can be utilized in daily life. She was engaging and clearly is a leader in her field. This is a must see course.
Rated 5 out of 5 by Wile K from Survival in the Third Millennium No one can say what the future holds. But, it is coming on us quickly. The news is filled with wars, riots, disease, disasters, pestilence, and violence. This should be a companion to the books; "Surviving mass victim attacks : what to do when the unthinkable happens" by Gary M. Jackson and "The unthinkable : who survives when disaster strikes and why" by Amanda Ripley. Individuals, teams, companies, churches, schools, or any organization can learn to protect themselves and others.. Be informed and trained. Practice what you would do. Each situation or moment is a learning experience.
Rated 3 out of 5 by 2160 from Too Personal Way too many examples of how SHE survived difficult situations, but too few suggestions of how I or OTHERS (especially MALES) should survive a similar situation. Also sometimes she describes a very threatening situation (Lecture 2 - alone with a potentially dangerous prisoner) and then does not tell us how the situation was resolved.
Rated 3 out of 5 by RP from FL from Good Material - Short on Delivery The information is valuable, the delivery is more akin to a "talking head". The professor knows her stuff, but the examples, videos and animation in the usual Great Course appeared to be missing. We usually watch 3 or 4 chapters at a time - we were struggling to watch 2. Again, the material was very good. We could have gotten more by just reading the book.
Rated 5 out of 5 by roxane from Superb! Please have Dr. Zarse provide many more of these excellent courses! Soon!!!
Rated 5 out of 5 by AlertTony from Worth the entire year fee for this site This class was simply amazing! I learned so much about myself! Im on the trial period with Great Courses. Because of this class alone, I will subscribe. It would have been worth it if this were the only class. Im going to watch it twice. Thank you so much for your great insight! t
Rated 4 out of 5 by Rall from This is about psychology not self defense. I rate this a 3.5 (which is not an option) because the presentation is not up to the 5-star professors I have seen/heard on TGC and the examples discussed are not what most people will encounter. I agree to some extent with reviewer P320. Most of the examples none of us will experience. But, this course is about (to put it in the vernacular), "keep your wits about you, think, don't panic". Some more examples closer to the things that are what most people might experience would be helpful. How useful this class is depends on your previous experiences. Some examples would be a major car crash, or major medical incident at home, or a terrorist situation. I am making those recommendations based on my personal experience. Decades ago I was an emergency medical technician (EMT), for the first five years of my career I flew in the back seat of F-4 jet fighters (no combat, did not go to Vietnam) just routine proficiency stuff. When we had an engine fire on one mission the pilot and I just comely went through the fire check list and ejection check list. The fire went out we did not eject. The point being our training allowed us to comely deal with the situation. The US Air Force always briefed us when going over seas on "how to behave and stay out of trouble". After the infamous 9/11 they briefed us on how to avoid terrorist threats. The point is; your previous training will help dictate how you react. Just what the teacher teaches. Adding some of those more "mundane" examples most people might encounter and how to deal with them would help students better relate to the course. But, remember this class is about your psychology in ANY emergency.
Rated 2 out of 5 by MarieB from Redundant I will save you time, here is a summary: - be aware - listen to your gut feelings - be ready - don't be mentally rigid - practice for the unexpected - try to stay fit

When we hear about someone surviving a great challenge, we often hear that the person rose to the occasion." But in fact, psychologists find that in moments of terror, people revert to their lowest level of training and preparation. Knowing that, the trick is to bring up your "lowest level" by continually improving your training and preparation, practicing for survival now, and building the resilience that will sustain you in times of adversity. In Survival Mentality: The Psychology of Staying Alive, you'll learn how to prepare now to give yourself the very best chance of surviving a life-threatening emergency." 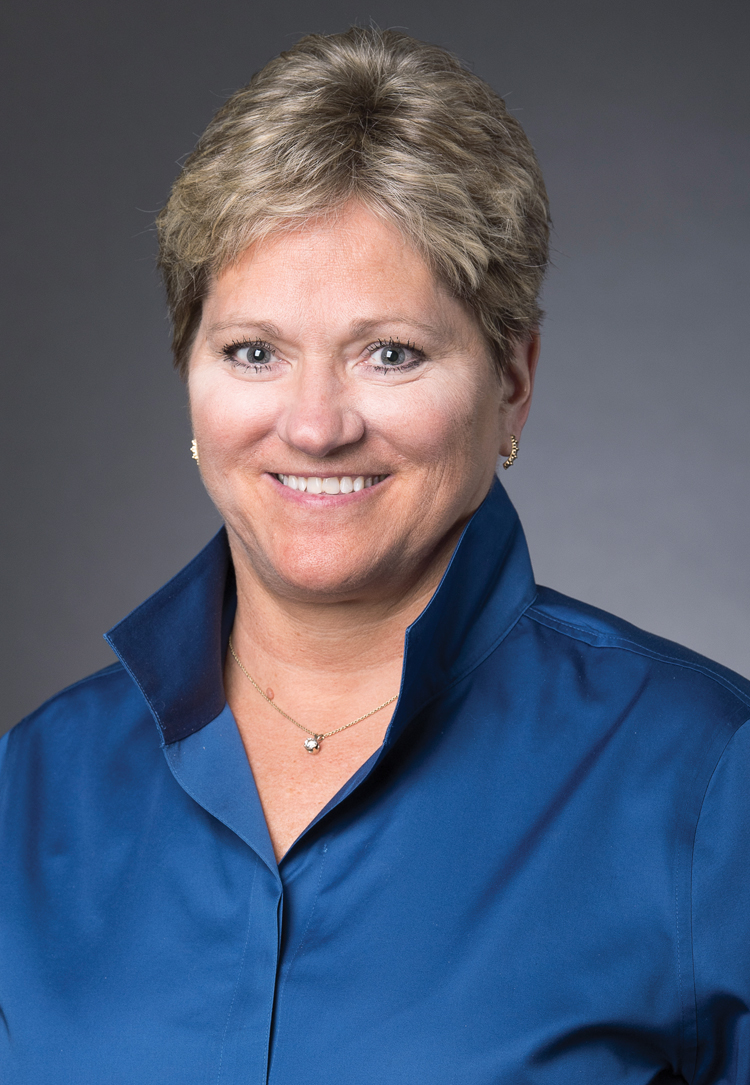 Join me as we learn what it means to have a survival mentality, and how you can develop yours to be as prepared as possible when it matters most.

The Chicago School of Professional Psychology

The Chicago School of Professional Psychology

Nancy Zarse is a Professor of Forensic Psychology at The Chicago School of Professional Psychology, where she also received her PsyD. She is the lead faculty for such classes as Violence and Risk Assessment, Psychology of Terrorism, and Hostage Negotiation. She also developed a course on Israel, focusing on terrorism, trauma, and resilience, culminating in a 10-day study abroad trip, which she has led for eight years.

Professor Zarse specializes in the prevention, identification, assessment, and management of risk of violence. She serves as an industry expert on violence prevention for global corporations, national companies, and school districts. Professor Zarse worked as a consultant to the FBI’s Countering Violent Extremism program with secret clearance. She operated as one of three experts on a team awarded a sizable grant for countering violent extremism by the Department of Homeland Security. She is a member of the FBI’s Terrorism Liaison Officer Committee (law enforcement counterterrorism) and was appointed Sector Chief of Academia for the FBI’s InfraGard (private sector counterterrorism).

Professor Zarse has published articles on such topics as hostage negotiation, work stress, police values, police-citizen interactions, offenders, and political assassinations. She has provided expert commentary in media interviews, including on CNN, NBC, ABC, CBS, and Fox as well as in Forbes magazine, The Washington Post, and the Chicago Tribune. She also has been featured in documentaries, such as White Supremacy: Going Under, and in the E! Investigates episodes “Kidnapping of Jaycee Dugard” and “Crime on Campus.” 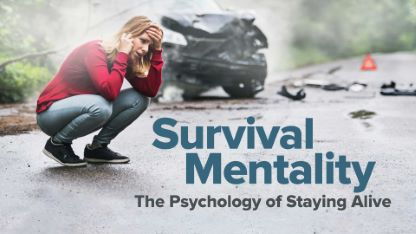 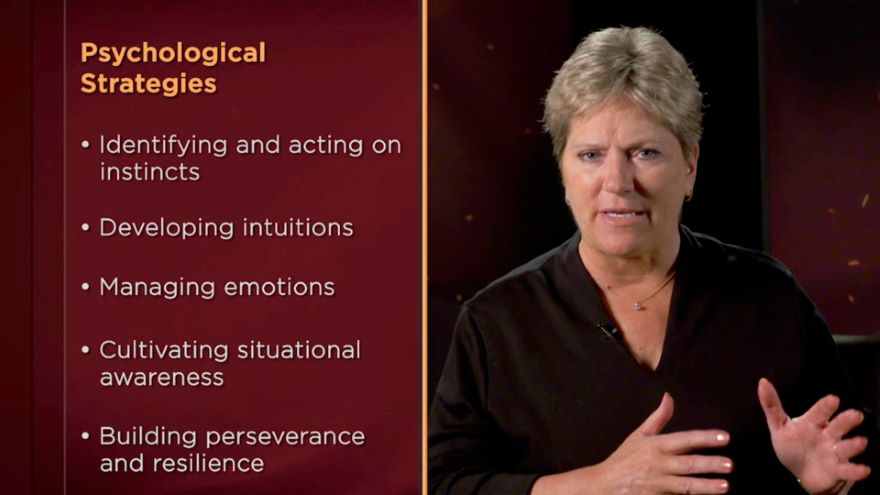 01: What It Means to Survive

Surviving a crisis requires successfully navigating both the event itself and the elements you bring with you to the event. Learn why the specific words you use during the crisis—whether thought or spoken—can make a significant difference in your survival. 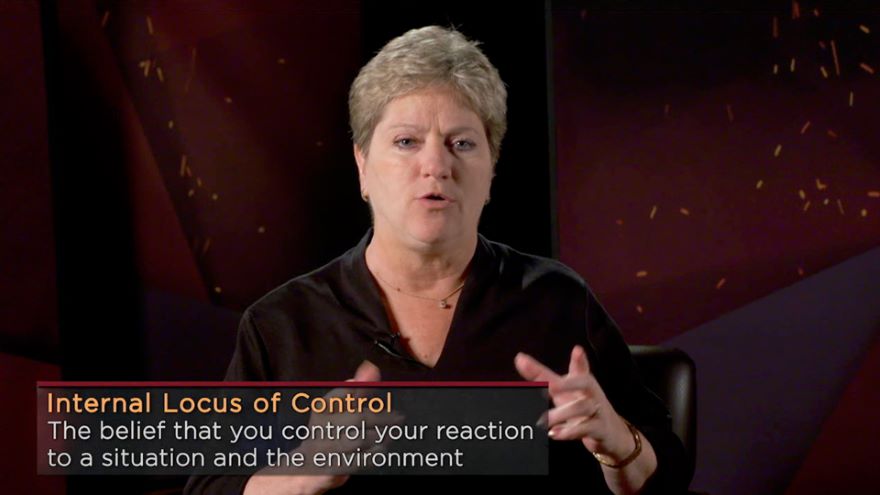 02: Developing an Internal Locus of Control

Discover why having an internal locus of control will help you in a crisis—as well as, at work, in relationships, and even with your health. You’ll be better able to adapt your coping strategies to the crisis at hand, learn new strategies as necessary, and anticipate and prepare for problems. 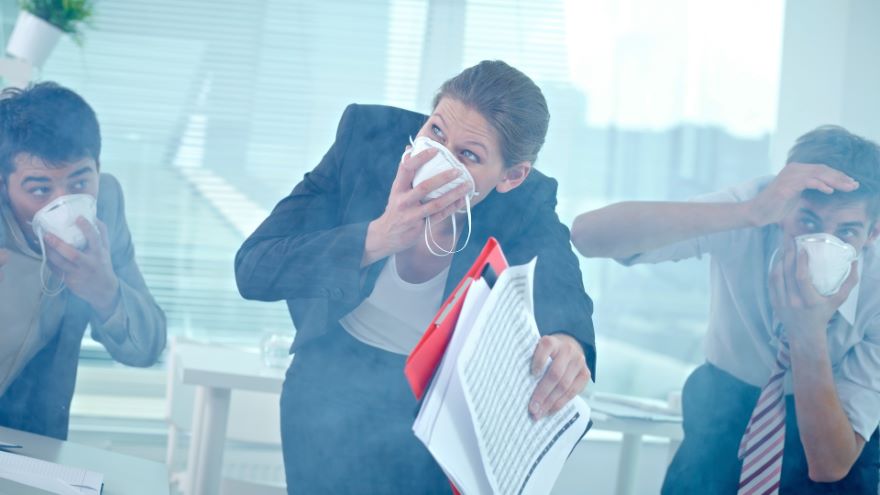 03: Listening to Your Instincts

Your instincts exist for only one purpose: to help you survive. And yet, we disregard our instincts over and over. Understand how you can better recognize and use your instincts, while always distinguishing between instinct, impulse, and feelings. 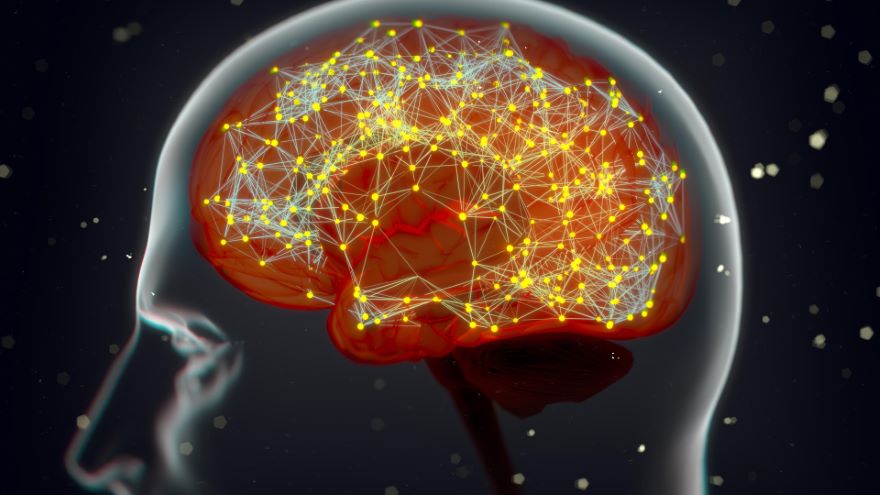 04: Listening to Your Intuitions 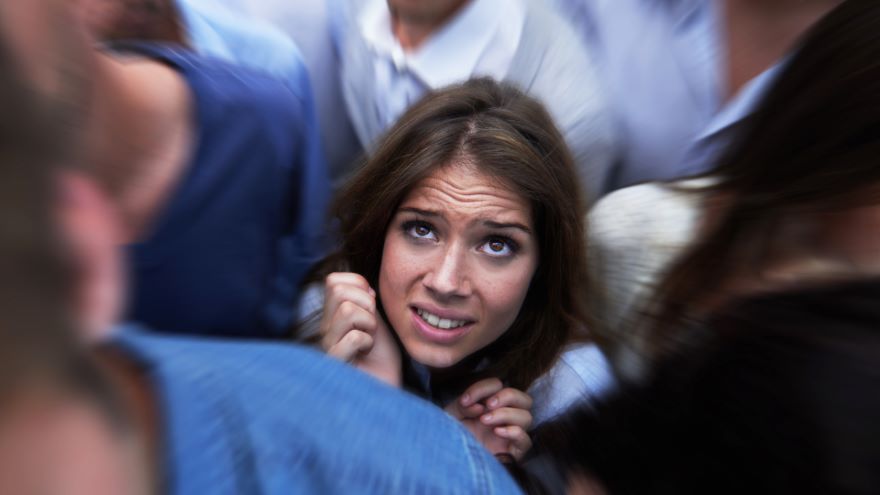 05: Managing Your Emotions under Threat

The ability to manage your emotions is absolutely crucial in an emergency; the higher your emotional arousal, the worse your judgment. Professor Zarse presents several strategies that can help you to best manage your emotions in a crisis and allow you to focus on making appropriate decisions under extreme pressure—potentially life-or-death decisions. 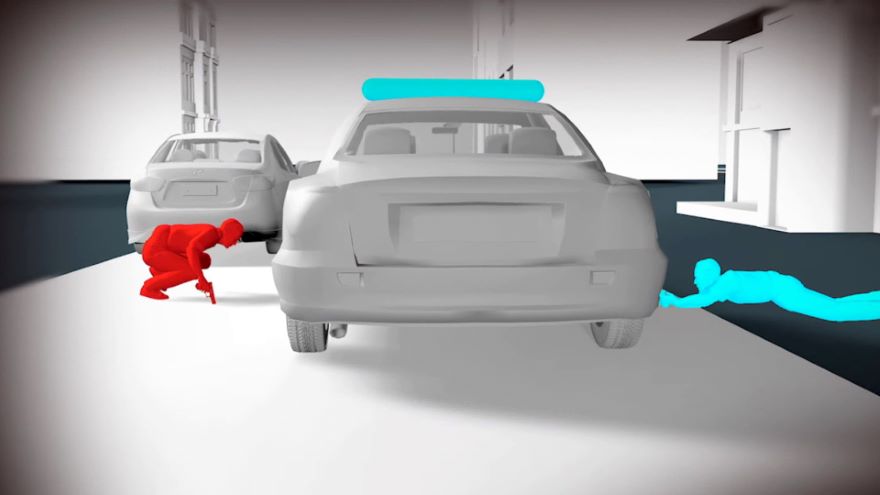 06: How Everyday Experience Prepares You for Crisis

While you might not realize it, each of us has training and experience that we can bring to bear in a critical incident. Learn to identify your skills and abilities that will help you survive in an emergency. Consider the skills you can develop now to be better prepared for a future challenge. 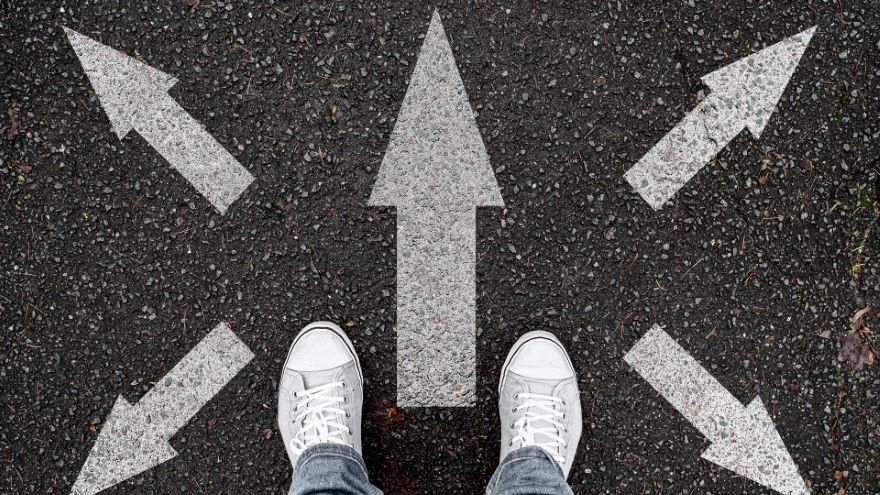 How do you make rapid, accurate decisions in stressful situations when the stakes couldn’t be higher? Explore the differences between natural, recognition-primed, and pre-playing decision-making, and discover why a psychologically safe environment leads to richer learning and to making the best possible decisions during a crisis. 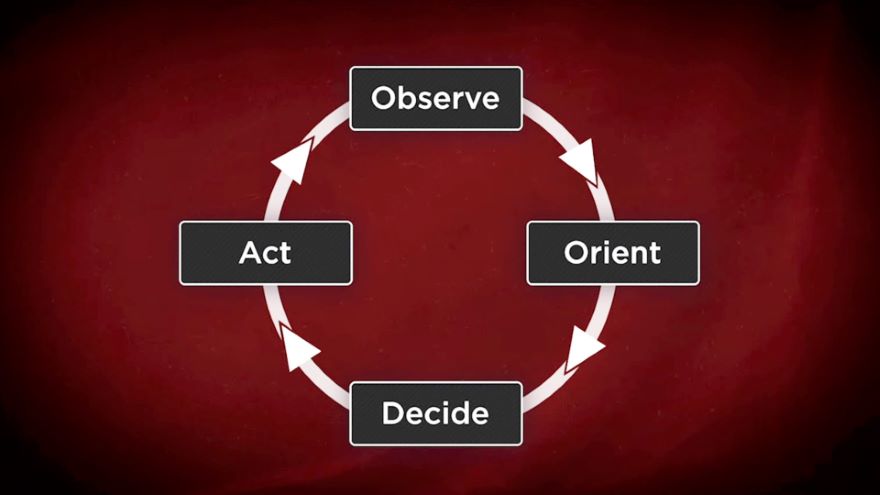 You are already constantly collecting information about your surroundings, both consciously and unconsciously. Master the OODA loop to improve your situational awareness—observe, orient, decide, and act. Originally developed for use in the military, this protocol can increase your chances of surviving a critical incident. 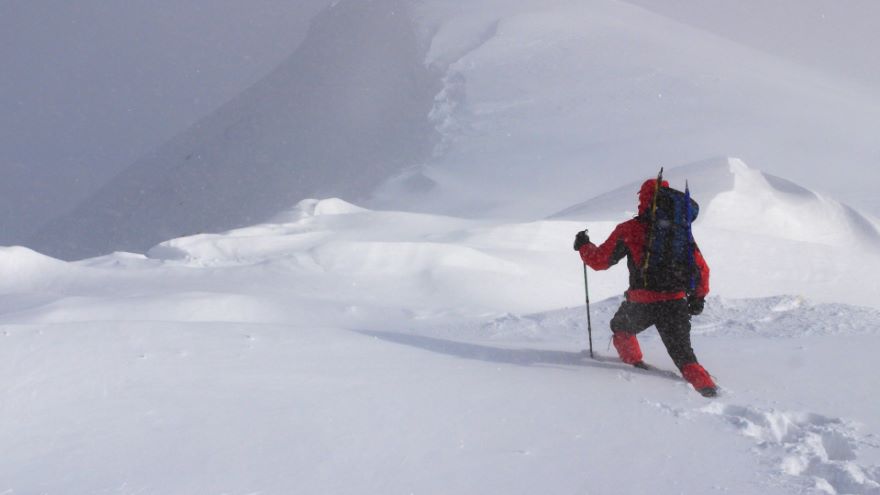 09: Perseverance toward a Positive Outcome

In critical incidents, perseverance often makes the difference between those who survive and those who don’t. Explore the factors that contribute to perseverance, from grit to attention control to self-confidence. Learn how to improve your mental conditioning and why it might be your most important survival preparation. 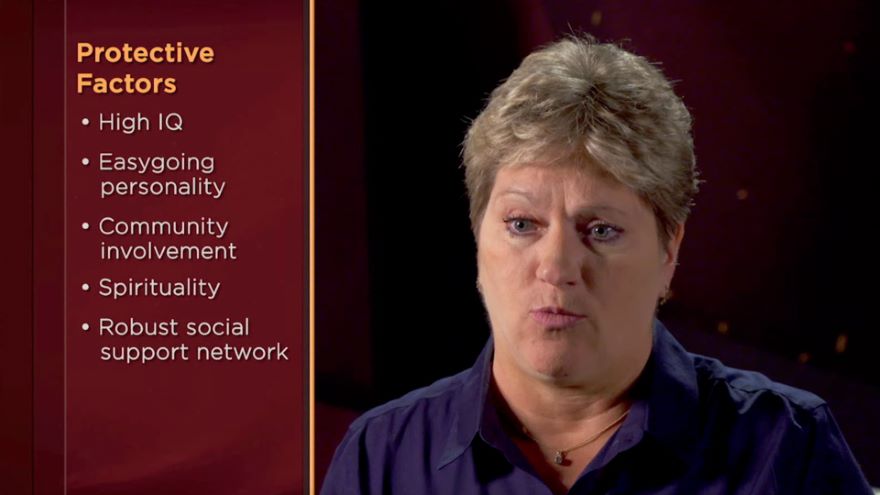 10: Protective Factors That Increase Your Odds

A variety of surprising factors can work in your favor when you find yourself in a crisis—surprising only because we don’t tend to think of them as survival tools. See how community involvement and a robust social network can help you navigate emergencies as they insulate you against stress and trauma. 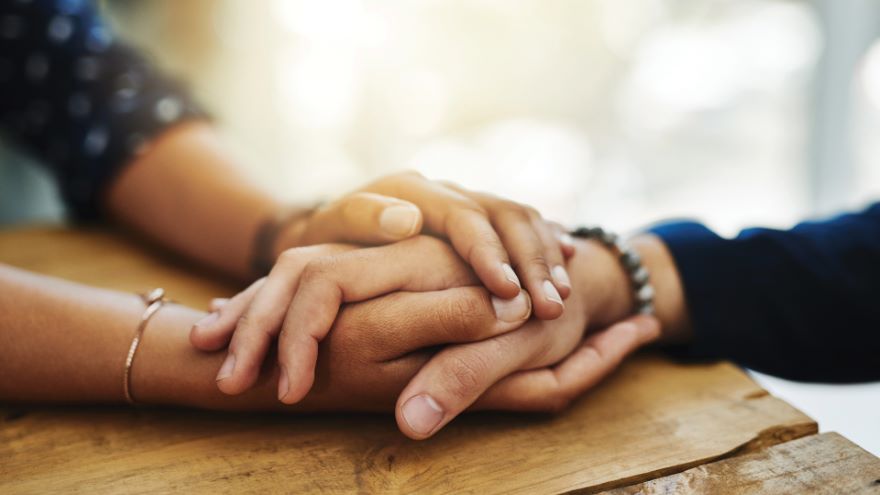 11: Resilience in the Aftermath of Trauma

What happens after you live through an emergency in which your life was on the line? While physical injuries are obvious, unseen psychological injuries can be devastating. But what about people who not only survive a crisis, but thrive? Learn about the inspiring experience of post-traumatic growth, and what those survivors have in common. 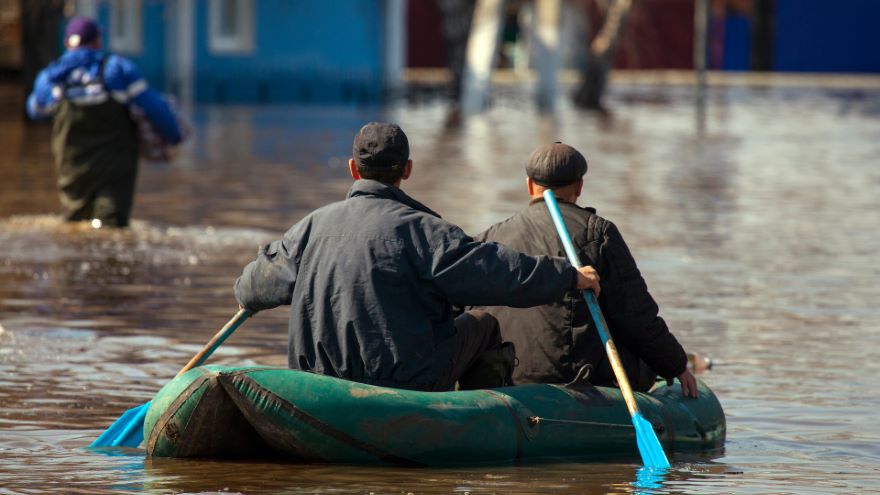 12: We Survive Together: The Power of Community

Not all life-or-death situations are experienced at an individual level; some occur at a community or national level. Learn how leadership, preparedness, and relationships can make the difference in whether or not a community, or an entire country, survives an existential or real-life crisis and thrives in the aftermath.