Shakespeare's contributions to stage and language are unequaled. In what Professor Clare Kinney calls the "power and audacity of his poetry and stagecraft," Shakespeare has left audiences breathless these past four centuries. But beyond his astonishing feats of language and dramatic impact, Shakespeare also left us a legacy, crafted from his experiences and explorations, of suffering and transgression in his six great mature tragedies: Hamlet, Othello, King Lear, Macbeth, Antony and Cleopatra, and Coriolanus. In Shakespeare's Tragedies, Professor Kinney's aim is to take you deep within each play while supplying you with a nuanced understanding of its meaning. 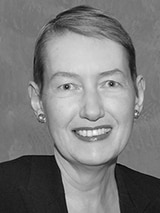 University of Virginia
Dr. Clare R. Kinney is Associate Professor of English at the University of Virginia. She earned her B.A. in English at Cambridge University. Under a Paul W. Mellon Fellowship, she attended Yale University, where she earned her Ph.D. Professor Kinney served as Director of Undergraduate Studies in the UVA English Department and is in charge of its Distinguished Majors Program. In 2007 Professor Kinney was the recipient of a University of Virginia All-University Teaching Award. She also received a Distinguished Faculty Award from the Z Society of the University of Virginia. Professor Kinney has published many articles, including essays on Shakespeare, Christopher Marlowe, Edmund Spenser, Philip Sidney, Lady Mary Wroth, Chaucer, the Gawain poet, and other Renaissance and medieval authors. She is the author of Strategies of Poetic Narrative: Chaucer, Spenser, Milton, Eliot. She specializes in the literature of the English Renaissance and teaches courses on medieval literature. Professor Kinney has participated in staged readings of plays by Shakespeare's contemporaries at the Blackfriars Playhouse in Staunton, Virginia, a reconstruction of the original Blackfriars Theatre in London. She also has directed student performances of scenes from Shakespeare in her courses. 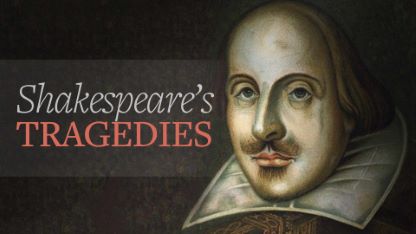 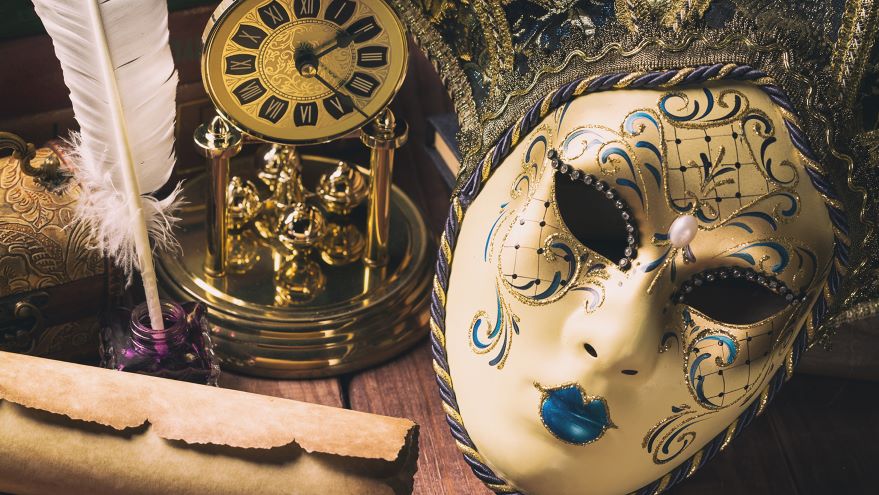 This lecture explores the persistent popularity of tragic drama. It includes discussions of Shakespeare's interest in the complicated relationships among protagonists, family and community, and the particular challenges and satisfactions offered by his language and idiom. 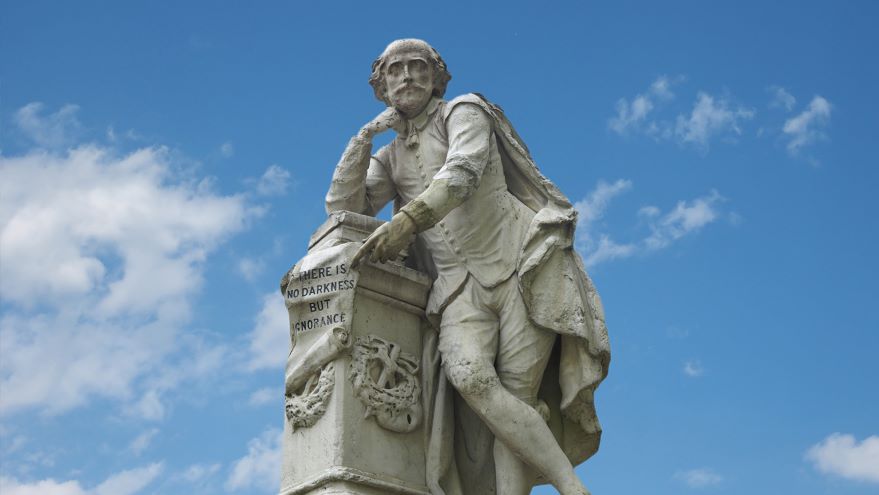 After introducing performance conditions and attitudes toward the theater in Shakespeare's England, this lecture explores two contexts for thinking about Shakespearean tragedy: earlier 16th-century experiments in tragic writing, and the preoccupations and anxieties of the playwright's own historical time. 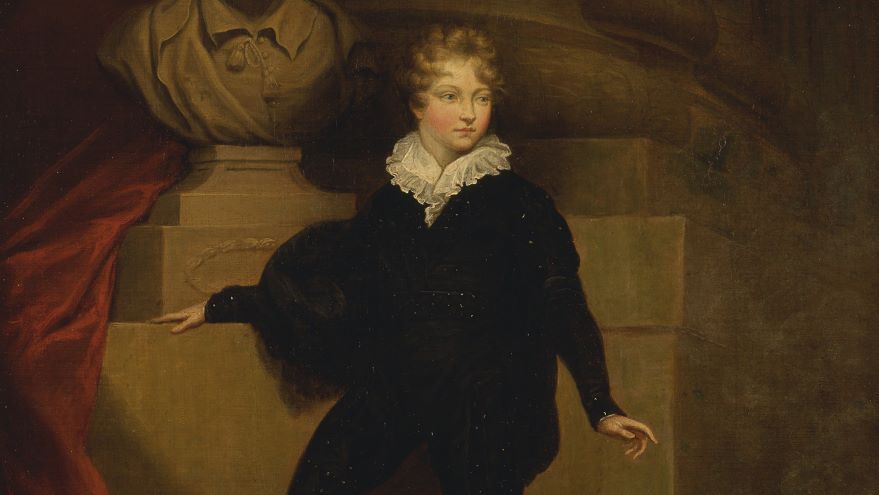 03: Hamlet I -"Stand and unfold yourself"

Hamlet begins with a sentry's command to "Stand and unfold [identify, disclose] yourself." This lecture addresses the work's fascination with secrets, with disclosure, and with things that cannot be put into words. 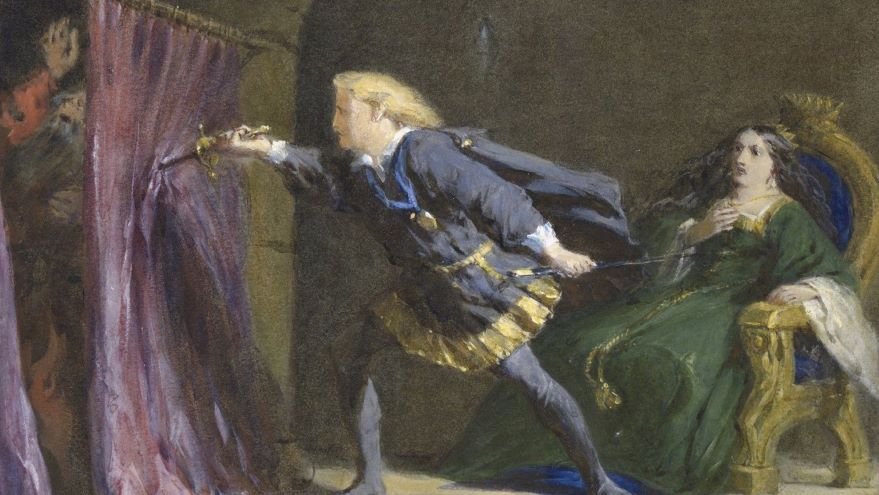 This lecture discusses the multiple perspectives Hamlet offers on the figure of the revenger and analyzes the play's complex exploration of the morality of revenge. It also discusses Shakespeare's interest in the relationship between "heroic" action and acting-as-performance. 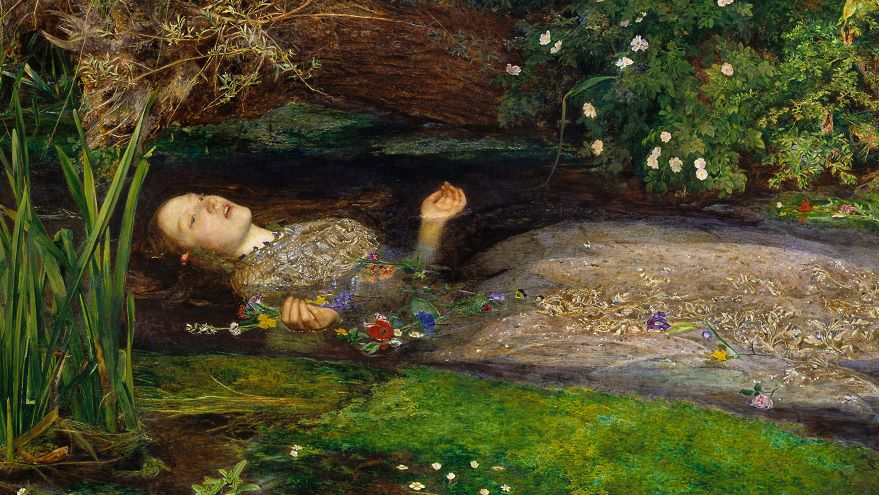 Hamlet is capable of extraordinary emotional violence against his mother and the young woman he claims to have loved. This lecture explores his confrontations with Gertrude and Ophelia and discusses why—although the "transgressions" of the women trigger so much of the action of the play—it is difficult to think of them as being tragic protagonists in their own right. 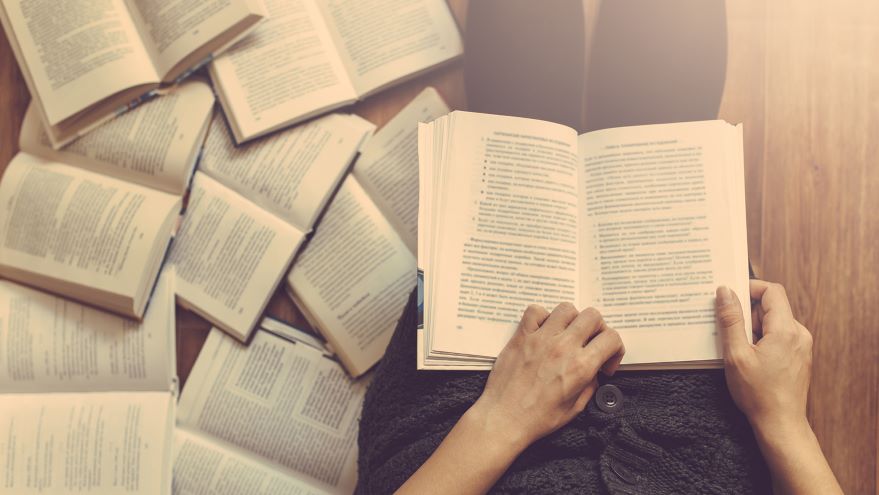 Hamlet is at once a sprawling and en­cy­clo­pedic play, but it is also filled with si­lences and mysteries. We look at the diffi­cul­ty of determining what lies at its center and the near impossibility of ever containing its multifarious events within a single interpretation. 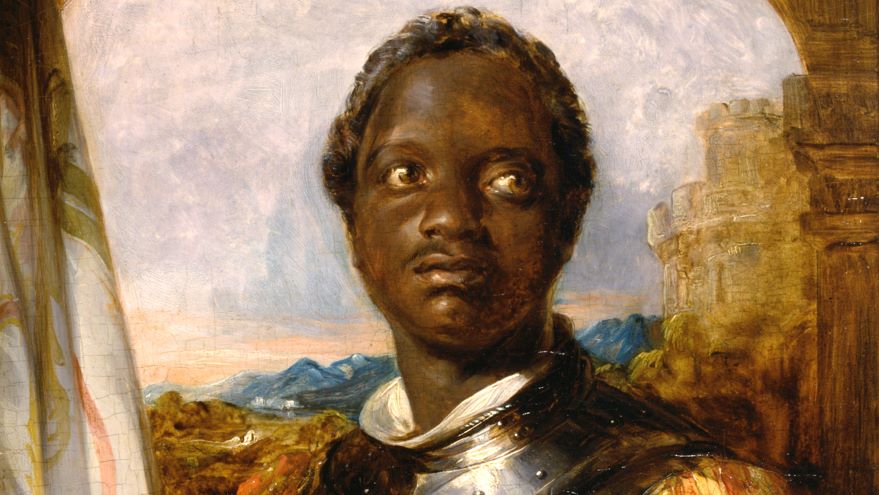 07: Othello I - Miscegenation and Mixed Messages

This lecture considers attitudes to­ward race in the world of the play and Shakes­peare's own treatment of the black/white opposition. It analyzes in detail Othello's and Desdemona's defense of their love, Shakespeare's highly nuanced treatment of Desdemona's "errant" marriage, and Othello's uneasy negotiation of his double identity as warrior and lover. 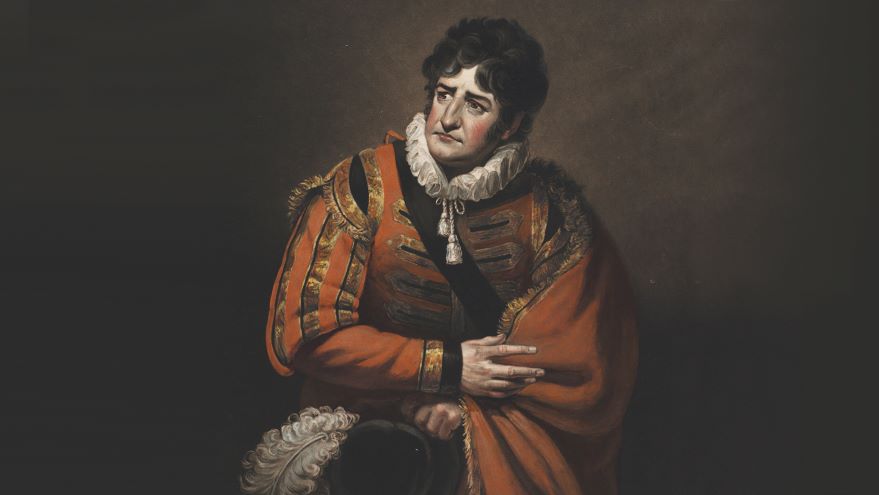 We look at the character Iago, his plots against Othello, and the longstanding mystery of his "motiveless malignity," including his capacity to manipulate other characters through his skillful use of loaded language and his exploitation of the unexamined assumptions and biases of their culture. 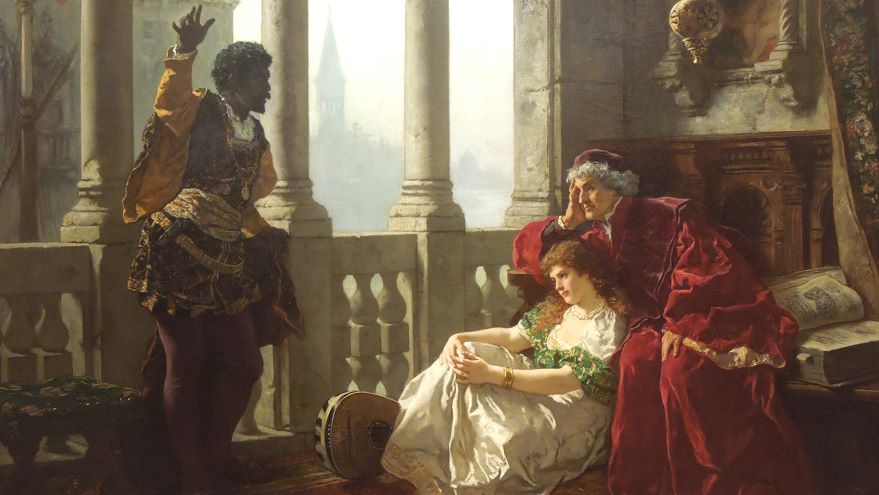 What aspects of Othello's psyche lead him to choose an unholy alliance with Iago over a resolute belief in his wife's fidelity? We look at the gender dynamics of this play and also analyze Shakespeare's finely nuanced representation of Othello's poisoned sight and corrupted imagination. 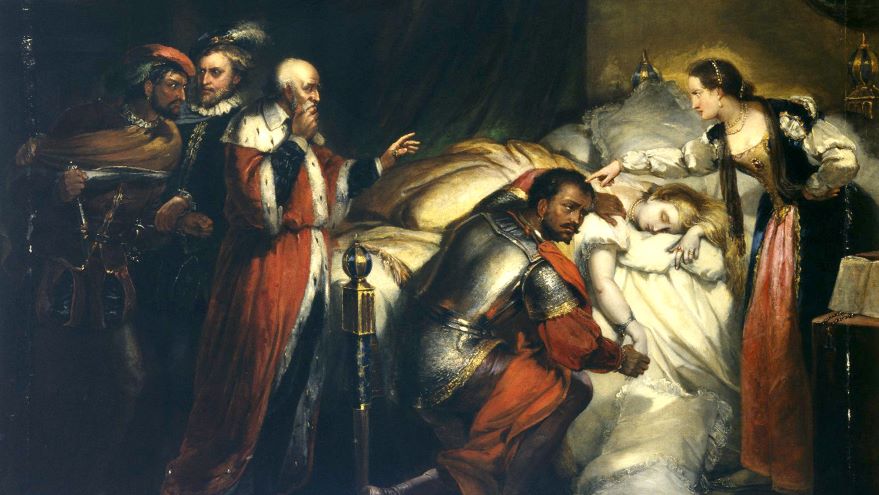 This lecture focuses on the play's final act, beginning with a close reading of the soliloquy in which Othello contemplates the murder of his sleeping wife and positions himself as both her judge and her executioner. The lecture goes on to examine his subsequent horrified enlightenment. 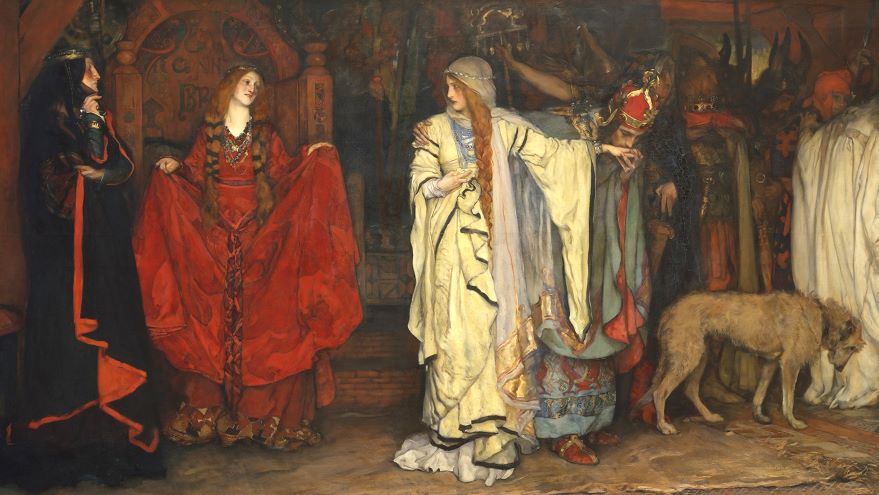 11: King Lear I - Kingship and Kinship

We begin our study of King Lear by discussing the love test Lear devises to divide his kingdom among his daughters, moving on to address the implications of the protagonist's double identity as king and father, and of the play's entanglement of political action with family strife in its interweaving of the "Lear Plot" with the "Gloucester Plot." 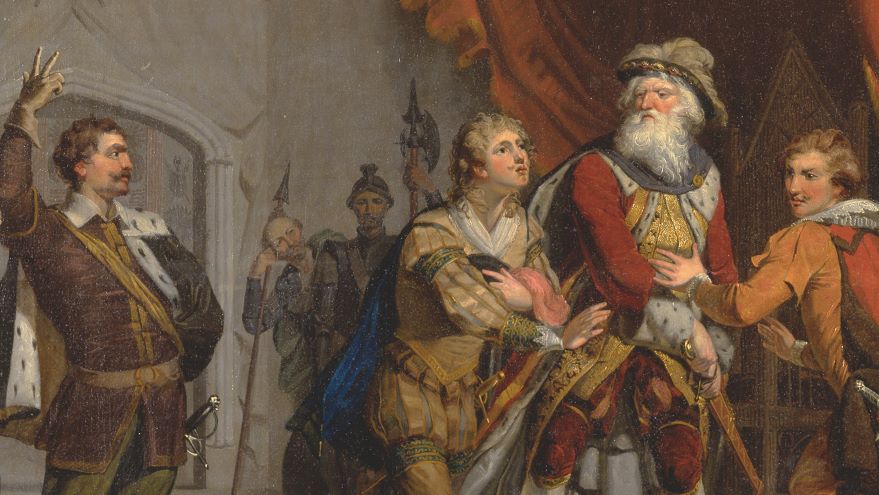 This lecture focuses on Shakespeare's interest in the stripping and refashioning of identities in act 3, exploring the idiosyncratic dramatic juxtapositions and oppositions out of which Shakespeare creates his new society of fools and madmen. 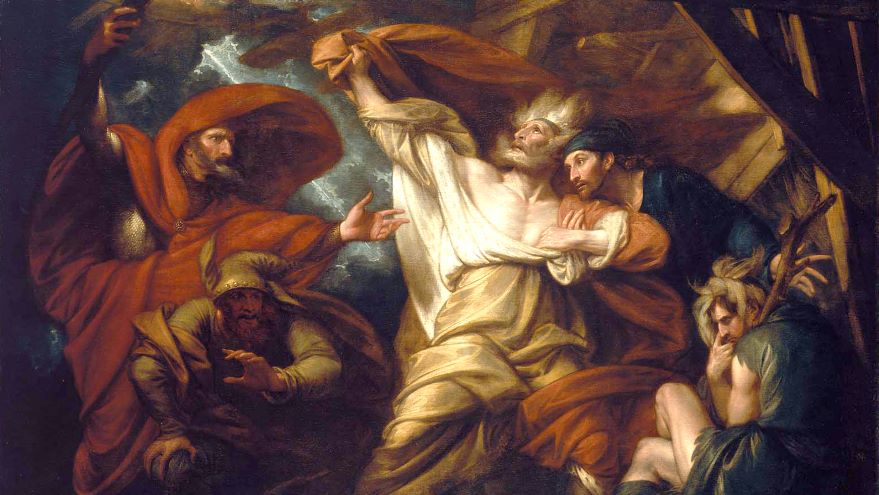 We continue to follow the physical and metaphysical journeys taken by Lear and Gloucester, including Gloucester's journey to Dover with his disowned son Edgar, Edgar's thwarting of his father's suicide, and an analysis of the encounter between blind Gloucester and mad Lear on Dover Beach. 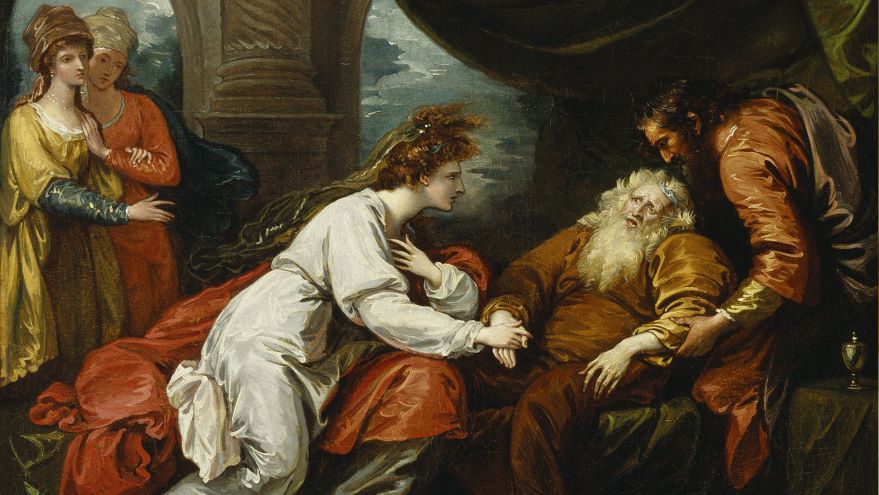 We discuss the heartbreaking reunion between Lear and his banished daughter, along with the almost immediate shattering of Lear's newfound peace and his subsequent regression into madness. What kinds of catharsis or consolation might an audience find in the play's apocalyptic ending? 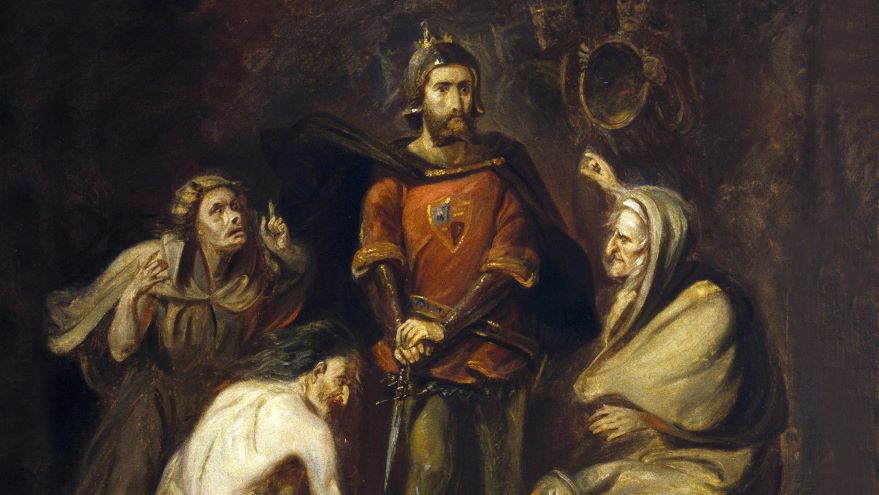 15: Macbeth I - Desire and Equivocation

After offering some contexts for Macbeth within early 17th-century English political history, we explore the play's preoccupation with the workings of ambiguous and duplicitous language and the equivocal nature of protagonist Macbeth's own language and desires. 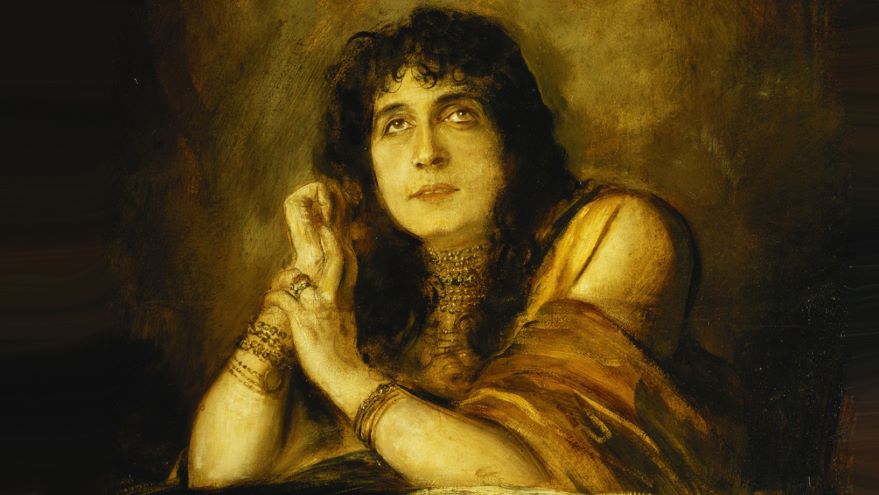 This lecture turns its focus to Lady Macbeth, the first female character we have encountered who might be called a tragic protagonist. A consideration of her strategies in manipulating her husband leads to a larger meditation on what manhood might mean in the world of Macbeth. 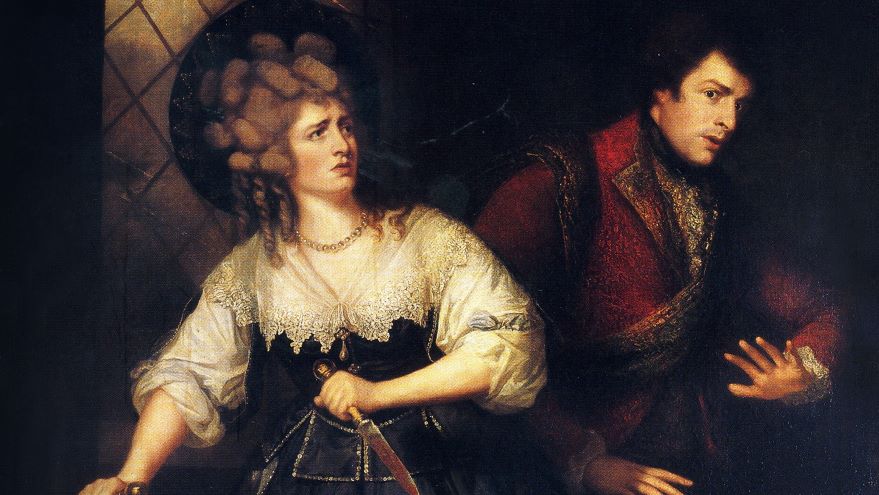 Children are at once both utterly vulnerable and supremely powerful in the world of Macbeth. This lecture explores the link between the children (real and metaphorical) of this play and a future that Macbeth cannot ultimately control. 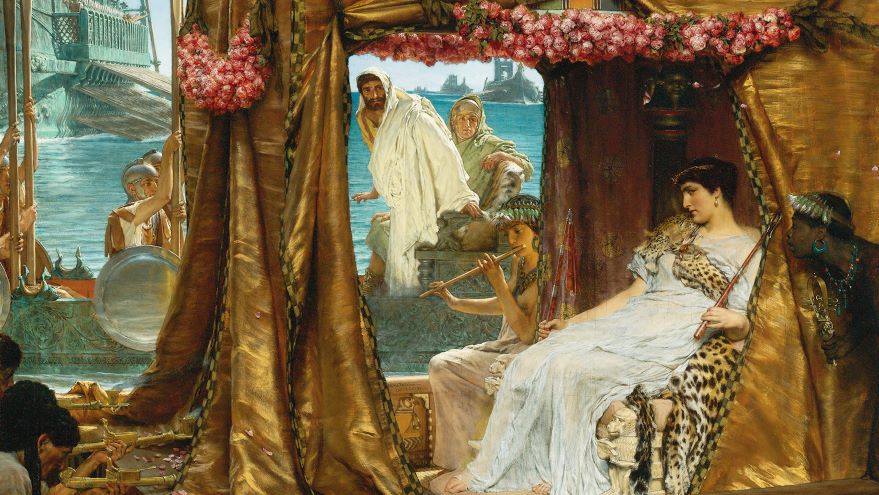 18: Antony and Cleopatra I - Epic Desires

The protagonists of Antony and Cleo­patra are power brokers enmeshed in the complexities of imperial history. We look at the historical context in which the play's events unfold, discuss the Romans' fascination with Cleopatra, and consider how the play's leisurely beginning suggests darker things to come. 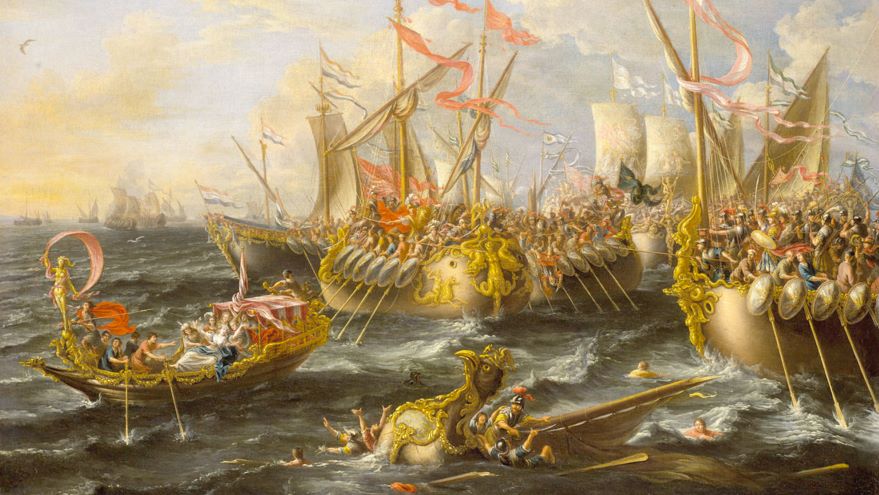 We look at Antony's crisis of identity as he tries to reconcile his notion of "Roman" honor with his "Egyptian" appetites, and propose that the stoic and martial Roman ideal that Antony is perpetually called on to represent is not as clearly differentiated from "Egyptian" flux and cunning as Rome would believe. 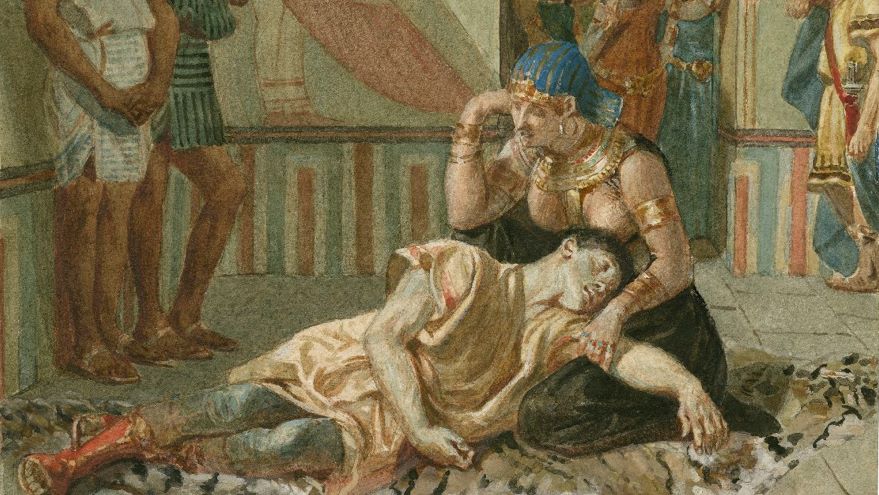 20: Antony and Cleopatra III - The Art of Dying

We continue our discussion of the staging of identity in Antony and Cleopatra, focusing on the protagonists' highly performative suicides, the ironies that complicate Antony's bungled attempt to die a stoic Roman death, and Cleopatra's resurrection of the "heroic Antony" in her eulogy for her lover. 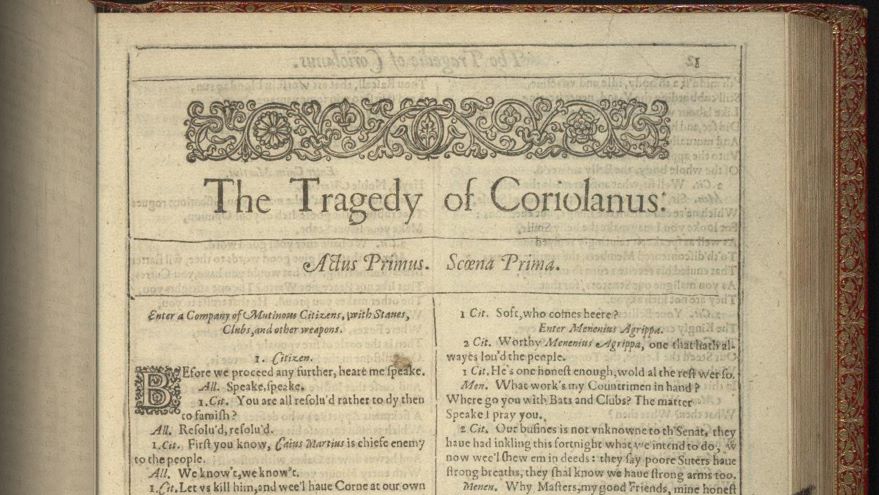 21: Coriolanus I - The Loner and the Mob

Coriolanus focuses on the public life of republican Rome, with most of its major scenes unfolding in the marketplace. We begin by looking at its protagonist's troubled relationship with the social contracts underpinning the relationship among Rome's patricians, plebeians, and tribunes. 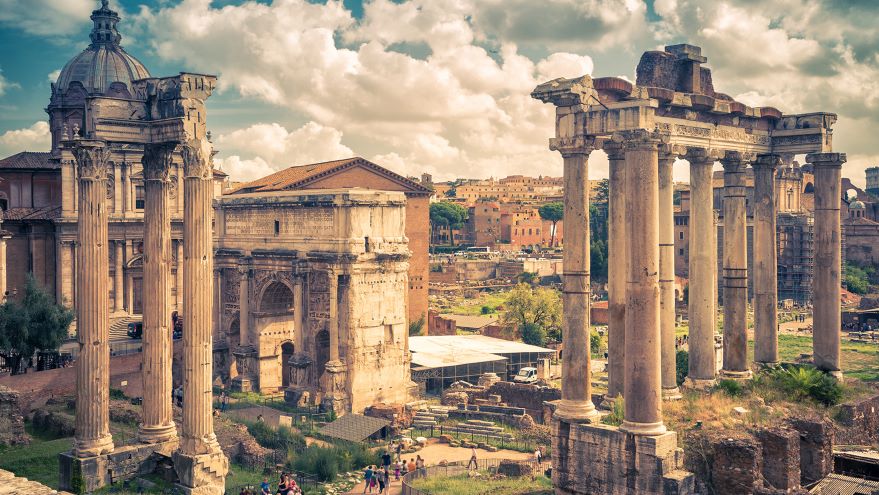 22: Coriolanus II - The Theater of Politics

In this lecture, we begin by examining the implications of the protagonist's horror at accommodating himself to his society's public rituals before analyzing the clash between Coriolanus's absolutism and the politically expedient (and theatrical) dissimulation preached by his mother. 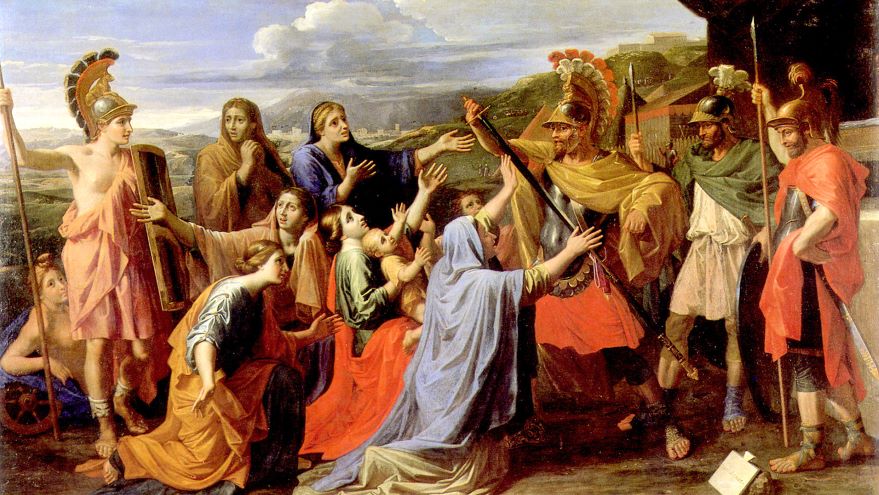 This lecture looks more closely at the relationship between Coriolanus and his mother, examining their traumatic final encounter as it relates to the destructive contradictions that lie within the system of values she nurtured in him. 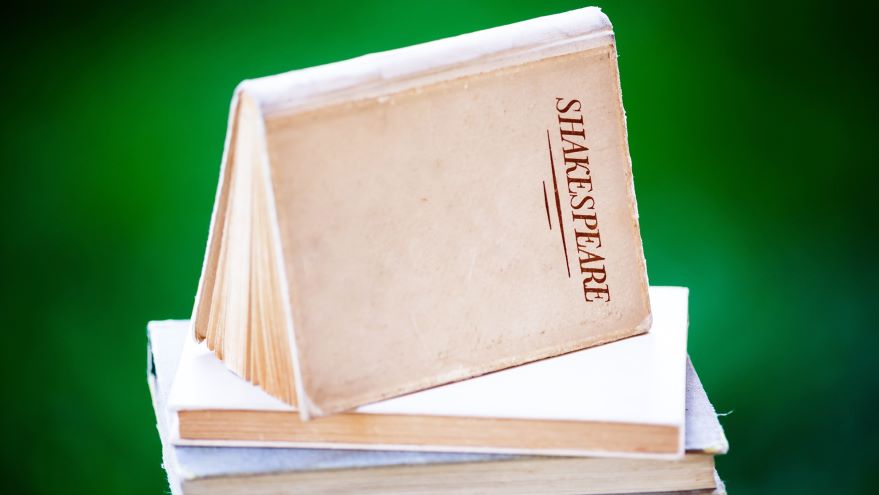 In this final lecture, we address the elu­­­­sive­ness of Shakespearean tragedy as a de­scriptive category, and discuss Shakespeare's most striking preoccupations as a tragic dram­atist, concluding with an account of what happens when our playwright moves beyond tragedy in the final works of his career.