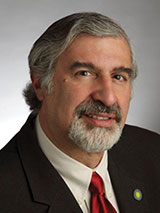 Objects have an amazing ability to connect us to history in a powerful, emotional, visceral way.

Dr. Richard Kurin is the Smithsonian's Under Secretary for History, Art, and Culture. In this position, he oversees most of the Smithsonian's national museums, libraries, and archives, as well as several of its research and outreach programs. Dr. Kurin holds a B.A. in Anthropology and Philosophy from the University at Buffalo-The State University of New York. He earned both his M.A. and his Ph.D. in Anthropology from the University of Chicago.

Dr. Kurin has worked at the Smithsonian for almost four decades, starting with the Bicentennial of the United States in 1976. For decades he directed the Smithsonian's Center for Folklife and Cultural Heritage, representing the diversity of America's cultural traditions at the Smithsonian Folklife Festival on the National Mall, in Folkways recordings and other publications. He has produced programs on American history and culture for several presidential inaugurations and for the Olympics, as well as the National World War II Reunion for the opening of the World War II Memorial. Before becoming Under Secretary, Dr. Kurin directed the Smithsonian's National Programs, sending exhibitions and educational offerings across the United States. Dr. Kurin has served on the U.S. National Commission for UNESCO, and drafted an international treaty on safeguarding the world's living cultural heritage. He represents the Smithsonian on the President's Committee on the Arts and the Humanities, as well as the White House Historical Association. He has been awarded the Smithsonian Secretary's Gold Medal for Exceptional Service and numerous other honors.

Dr. Kurin has taught at the Johns Hopkins School of Advanced International Studies and frequently lectures at The George Washington University, as well as at universities and museums across the country and around the world. He regularly blogs for Smithsonian magazine and Smithsonian Journeys, has given hundreds of speeches, and has appeared on numerous television and radio programs.

Dr. Kurin is the author of scores of scholarly articles and several books, including Hope Diamond: The Legendary History of a Cursed Gem; Reflections of a Culture Broker: A View from the Smithsonian; and Smithsonian Folklife Festival: Culture of, by, and for the People. His latest book is The Smithsonian's History of America in 101 Objects, a national bestseller that provides the basis for this Great Course 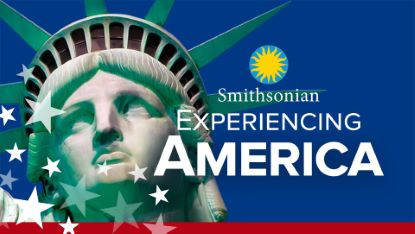 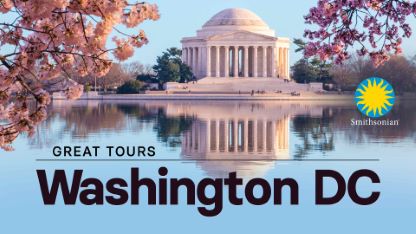