Chock-full of even more astounding and mind-blowing moments, Mind-Blowing Science: Season 2 brings a new batch of Scientific American’s most popular articles to life.

Mind-Blowing Science: Season 2 is rated 3.7 out of 5 by 6.
Share
Rated 5 out of 5 by GRM9 from Eye opening topics A wonderful variety of topics presented in a concise manner.
Rated 5 out of 5 by EvoPsychology from Outstanding Evidence-Based Information Evidence is the measure of truth and reality, not presuppositions based on opinion. Truth is truth if arrived at using the scientific method. This material is an outstanding example of the use of the scientific method to arrive at valid conclusions. Most people think emotionally rather than rationally. We have to be taught to think rationally; it does not come naturally to us. So, the measure of validity, truth, reality is not whether or not we like the theory arrived at through application of the scientific method. Truth is the metric not personal opinion. All truth is provisional subject to any new information that may come along. Truth/realty/accuracy/validity remains whether we like it's conclusions or not. Truth is not a popularity contest.
Rated 4 out of 5 by kacx from Good But Short Series I enjoyed these lectures a bit less than the first season. Perhaps because there were only four episodes and I found two of them slightly less accessible to someone with less science background like me. But, overall they are interesting and if there is a third season, I am likely to view.
Rated 5 out of 5 by dgerm from Yet another award winning season in my book! First off, the style of using visualizations and storytelling to convey complex concepts is what this series epitomizes, and they have accomplished that yet again. The heady nature of the philosophy of simulated reality in the first one, to the picturesque scenes of the second octopus lesson are really profound. My only critique of the series is I wish there were more than 4 to start, and my fingers are crossed for many more.
Rated 2 out of 5 by Anthony2002 from DOWNGRADE Okay, I watched the season one series and the first 4 episodes where WAY more interesting/better then these first four! ( Is there even going to be more then four episodes? ) Also, they use test taken at the University of Berkely in California WAY too much. Can we please take more test results from other non- liberal States ? Thanks! Had high hopes for this season, REALLY disappointing and not worth wasting time on!
Rated 1 out of 5 by dan10025 from False Reasoning and probabilities, Don't waste your time with this piece of fiction posing as earnest statistical analysis.

Mind-Blowing Science is back! Season 2 of our National Capital Emmy® Award-winning series has arrived and it’s chock full of even more mind-blowing moments as a new batch of Scientific American’s most intriguing articles are brought to life.

For those who are not already familiar with the venerable publication Scientific American, it was founded in 1845 and is the oldest continuously published magazine in the United States. Devoted to covering the advances in research and discoveries that are changing our understanding of the world and shaping our lives, Scientific American provides insights and illumination about the most important developments at the intersection of science and society. More than 200 Nobel Prize winners have contributed to this flagship publication, along with thousands of scientific experts across dozens of subjects, including Albert Einstein.

We invite you to join more than a dozen esteemed experts and take a deep dive across a broad assortment of fascinating topics that range from the Antikythera mechanism to the 300 “close calls” the Earth has had with asteroids. 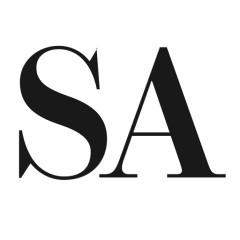 Scientific American covers the advances in research and discovery that are changing our understanding of the world and shaping our lives. Founded in 1845, it is the oldest continuously published magazine in the United States and now reaches more than 10 million people around the world each month through its website, print and digital editions, newsletters, and app. Authoritative and engaging features, news, and opinion pieces; and multimedia stories from journalists and expert authors—including more than 200 Nobel Prize winners—provide need-to-know coverage, insights, and illumination of the most important developments at the intersection of science and society. Scientific American is published by Springer Nature. As a research publisher, Springer Nature is home to other trusted brands including Springer, Nature Research, BMC, and Palgrave Macmillan. 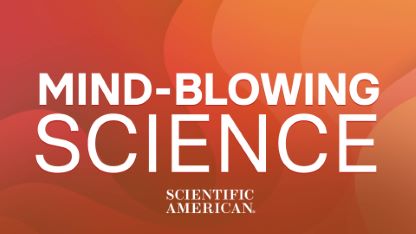 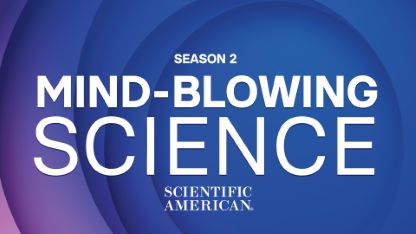 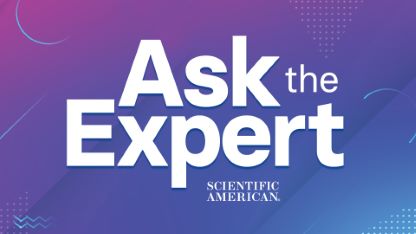 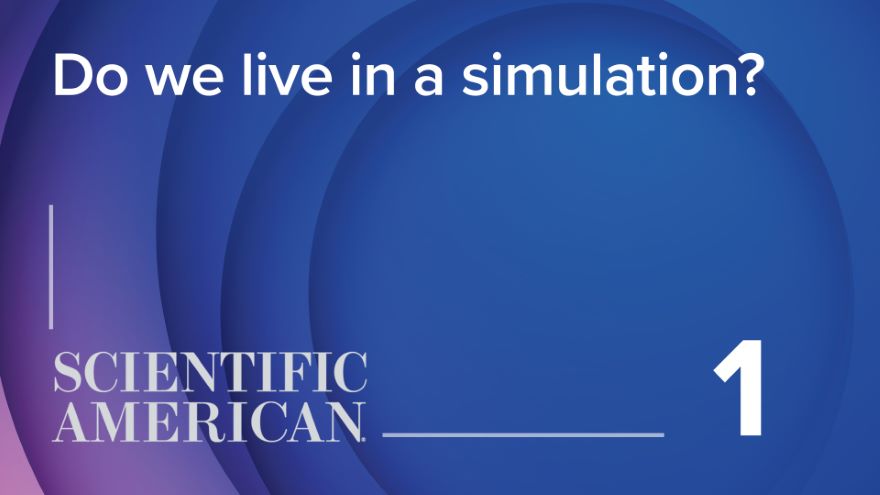 Is the world real, or could it—and you—just be a simulation? This episode of Mind-Blowing Science puts that question to the test. Pulling from philosophers, physicists, technologists, and even comedians, you’ll examine the evidence for and against one of our most basic assumptions about existence. 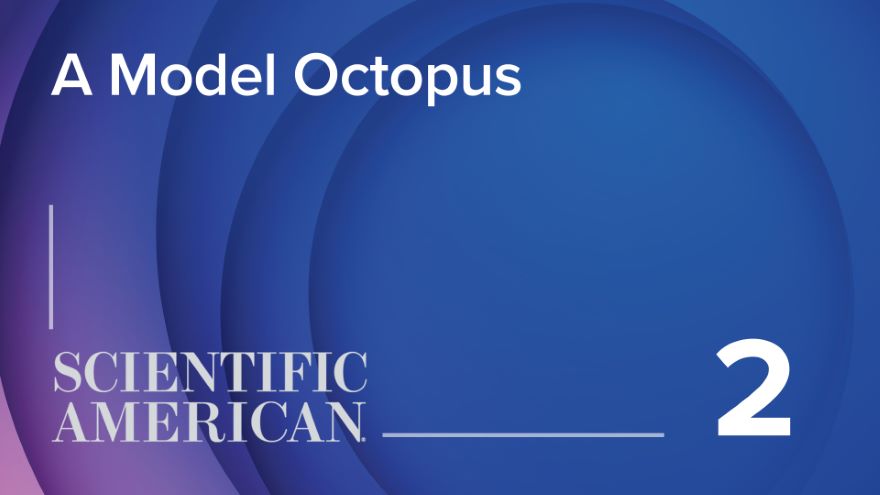 The human brain and the octopus brain are about as similar as the number of limbs each has—meaning they don’t have much in common, at least anatomically. Despite the differences, there are great opportunities to learn about complex brain functions when comparing the two systems. Dive into the mind of an octopus and see what we can learn about ourselves. 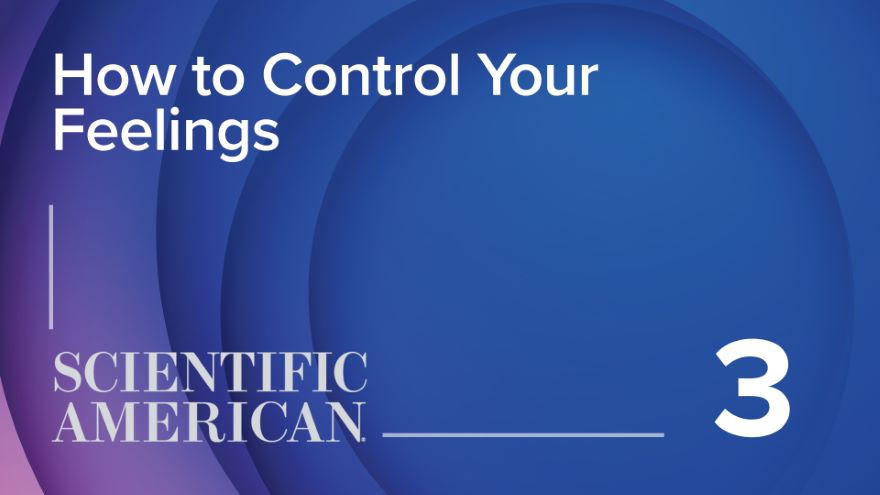 03: How to Control Your Feelings

Iris Mauss, a psychologist at the University of California, Berkeley, noted, “The learned set of emotion regulation behaviors is powerful and not easy to modify.” But research has shown that with training and awareness, we can regulate our emotions to make smarter choices in fraught situations. Discover the five stages of emotional regulation, and how you, too, can learn to control your feelings. 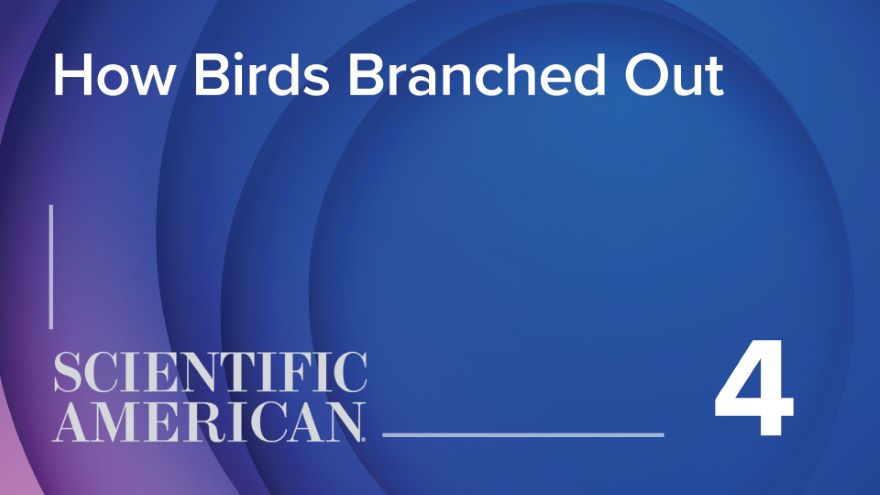 04: How Birds Branched Out

Birds are descended from dinosaurs, the only lineage to survive to the present day. With more than 10,000 species currently in existence, Kate Wong tackles the history, evolution, and anatomy of birds to show us how they diversified into the dazzling array of feathered wonders that share the planet with us today. 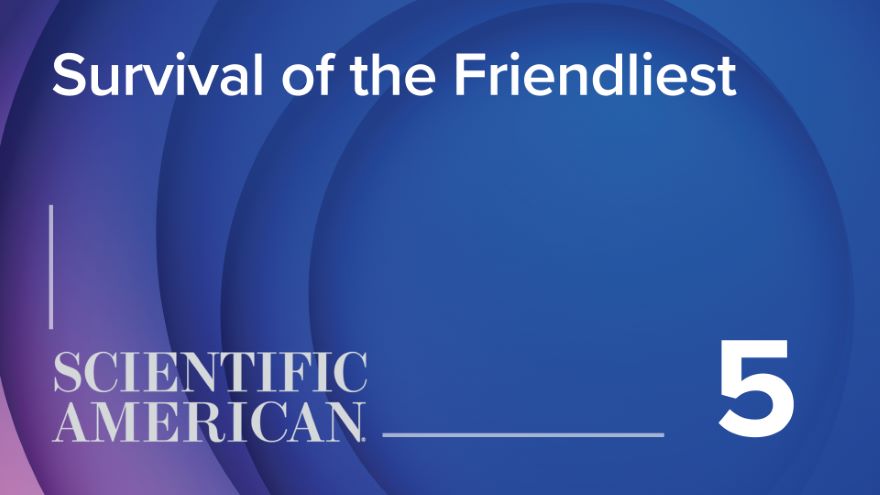 05: Survival of the Friendliest

In the roughly 300,000 years of our existence, Homo sapiens has shared the planet with at least four other human species. What allowed us to thrive was a kind of cognitive superpower: a particular type of affability called “cooperative communication.” See how our social sophistication of cooperatively working together proved so advantageous that it influenced how natural selection shaped our minds and our bodies. 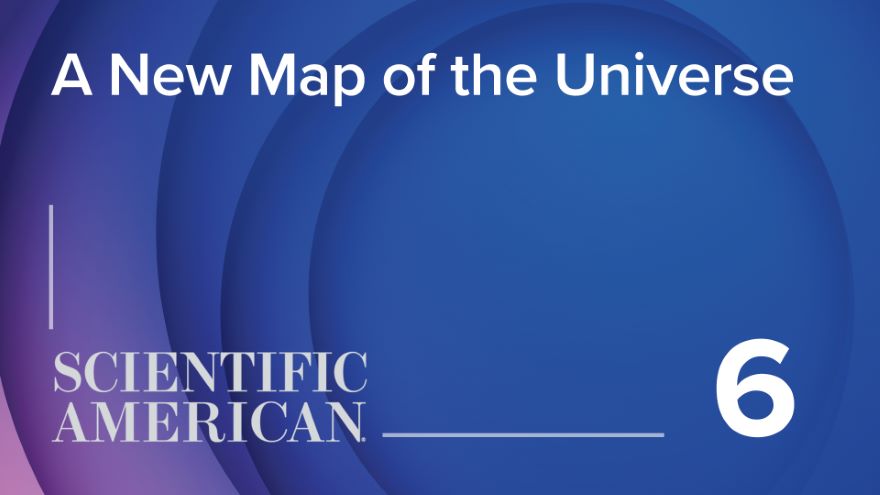 In July 2020, a 20-year project called the Sloan Digital Sky Survey produced the largest map of the cosmos ever made. Examine how this undertaking provided crucial information for studying the physics that drives cosmic history, such as the geometry of the universe and the nature of the dark energy driving the accelerating expansion of space. By mapping cosmic history, scientists can record the growth of patterns and deduce fundamental laws that guided their evolution. 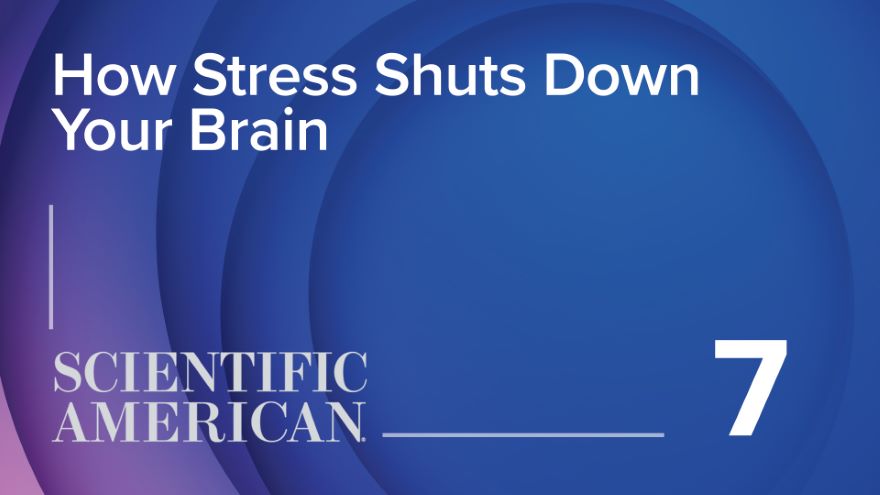 07: How Stress Shuts Down Your Brain

For decades, scientists thought they understood what happens in the brain when faced with high-stress situations, but in recent years, a different line of research has cast the physiology of stress in an entirely new light. See what’s happening inside our heads when we’re worried, how biological sex plays a part in our reaction to stress, and what new studies are suggesting that might help our brains and bodies better respond to dealing with high-pressure scenarios. 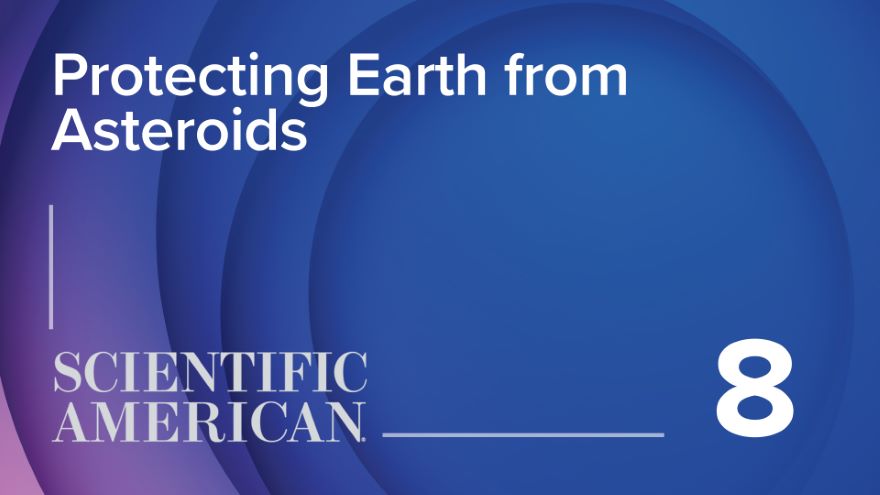 Since 2016, the International Asteroid Warning Network has logged more than 300 “close approaches,” where asteroids were projected to come within one lunar distance—average distance between Earth and the Moon—of our planet’s center. Although it’s an unlikely scenario that a space rock would devastatingly smash into Earth, the consequences of such a catastrophe would be severe. Learn how NASA and other organizations are keeping tabs on the potential for an asteroid crash and what steps we are taking to prepare in case it becomes a reality. 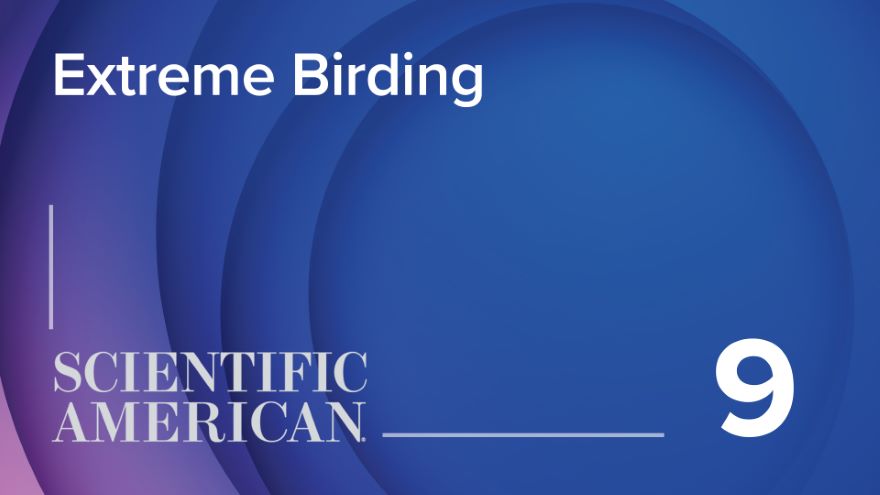 Follow Frank Gallo and the Raven Lunatics as they get ready to find as many bird species as possible, by sight or by sound, in one 24-hour period. Their goal is to find 200 species, to topple their own personal best record of 193 and to beat the existing New England record of 195. A friend of Gallo’s notes, “This isn't birding. This is war.” 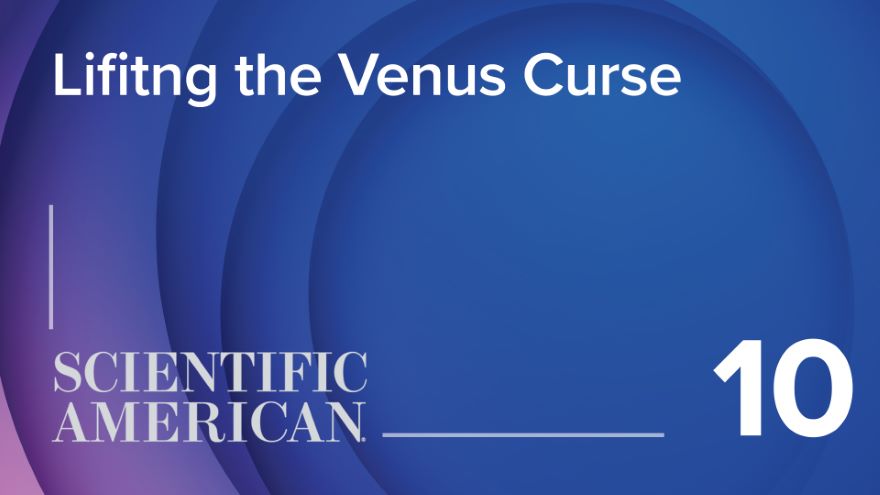 After NASA decided to go back to Venus twice, planetary geophysicists at the NASA Jet Propulsion Laboratory have been hoping that the data they gain will finally shed insight into one of the greatest unanswered questions in planetary science: What transformed Venus into such an unearthly and apocalyptic world? Besides being the second planet from the Sun, Venus is a near twin of Earth, both in size and composition. 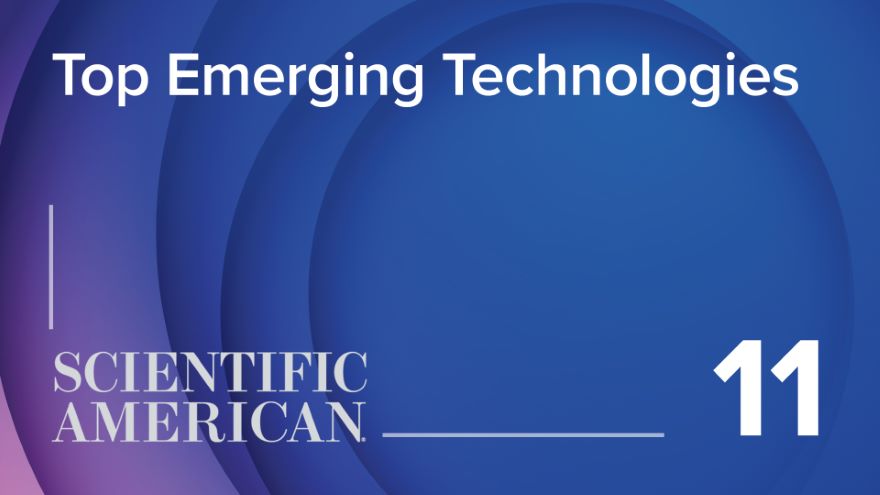 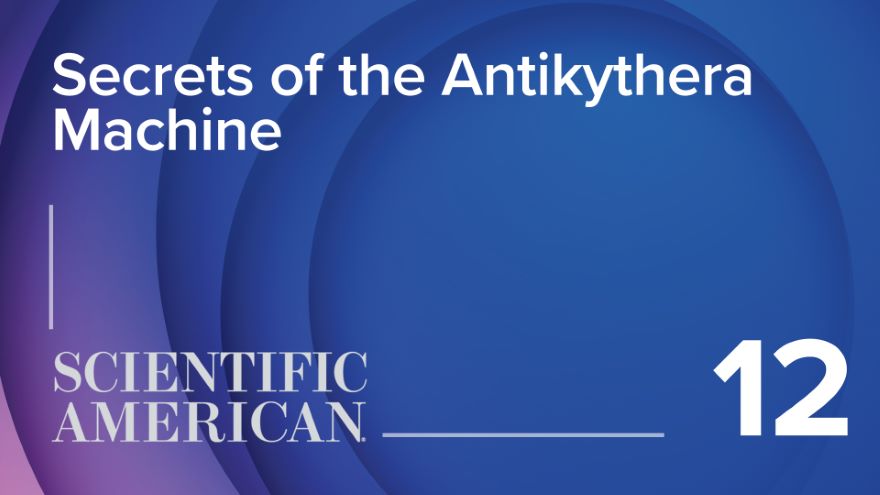 12: Secrets of the Antikythera Machine

The Antikythera Machine is a mysterious device recovered from a shipwreck full of ancient Greek treasures. It is mysterious, not only because it is broken into 82 fragments (giving researchers a fiendishly difficult jigsaw puzzle to solve), but also because the parts recovered appear to be bronze precision gearwheels—which should not have appeared in 200 BCE. Join Tony Freeth to uncover what we know about this complex astronomical calculation machine, made up of gears that weren’t supposed to exist until many centuries later. 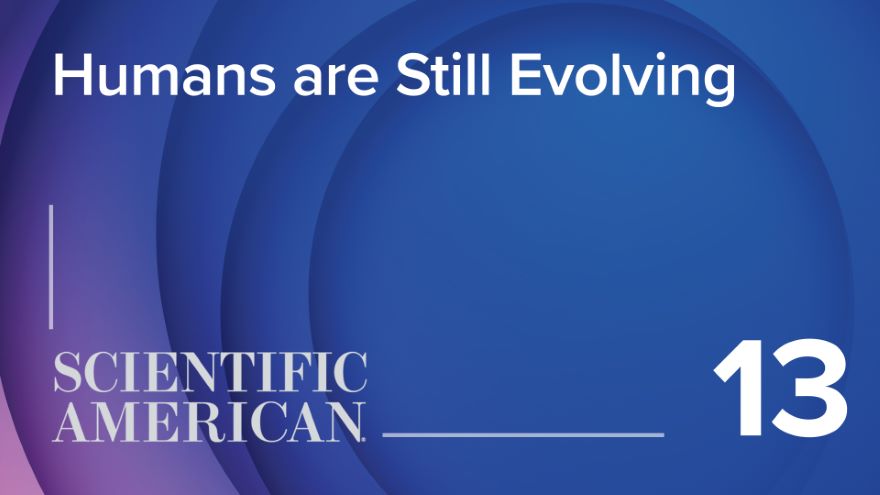 If we take the more than 7 million years since humans split from our last common ancestor with chimpanzees and convert it to a 24-hour day, the past 30,000 years would take about six minutes. Yet, much has unfolded during this last chapter of our evolution. John Hawks addresses how human evolution is not over and takes a peek into what the future of human evolution may look like. 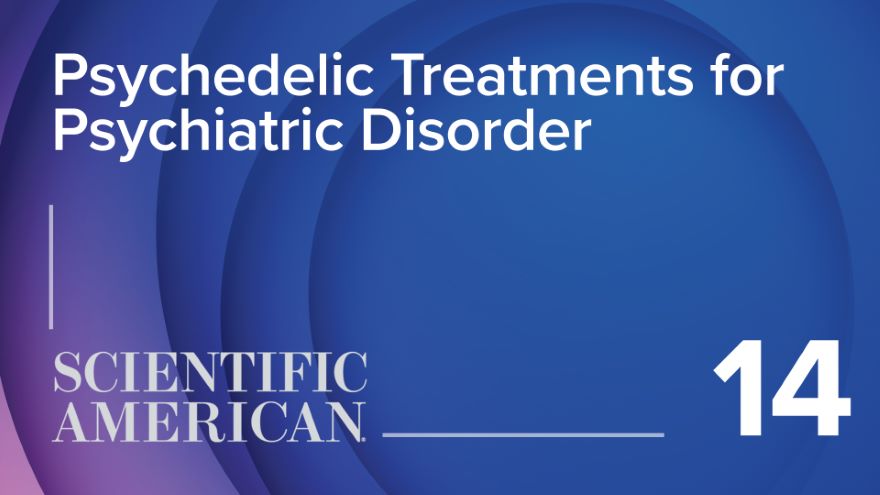 The use of psychedelics, especially psilocybin and MDMA (also known as Ecstasy or Molly), is undergoing a renaissance as new studies have reignited the hope that psychedelics could be powerful medicines for mental disorders. Danielle Schlosser and Thomas R. Insel examine the latest research on psychedelic-assisted psychotherapy. 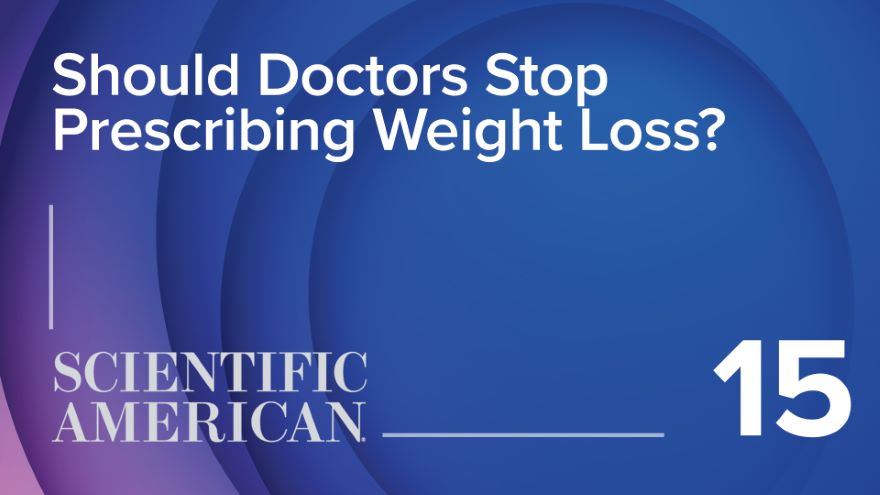 Since the early 20th century, due to the correlation between larger bodies and higher rates of heart disease, diabetes, and other chronic conditions, weight loss is what most health care providers have assumed they should focus on. But recent data has shown that a higher body weight can be protective against certain health conditions. Virginia Sole-Smith reveals new approaches that may lead to healthier outcomes and less of a focus on the number on the scale.