SUMMER SALE: Enjoy a FREE TRIAL and 50% OFF your first three months.

SUMMER SALE: Enjoy a FREE TRIAL and 50% OFF your first three months.

In the Footsteps of Vincent van Gogh

Strap on virtual shoes and go for an immersive walk through the works of a master.

In the Footsteps of Vincent van Gogh is rated 5.0 out of 5 by 80.
Share
Rated 5 out of 5 by Greystone from Now You Will Understand van Gogh This is a wonderfully visual and historical biography of Vincent van Gogh. It also provides the needed background on Impressionism which is necessary to see and understand van Gogh's work and how it goes beyond the development of Impressionism. The images of paintings presented in these lectures are stunning when viewed on a large screen with good resolution and great color. To get the most benefit from this course I recommend that you first watch 'The History of Impressionism,' which is also a course. There are many things you learn in that course that, unless you are a historian yourself, will broaden your understanding of the art world at that time.
Rated 5 out of 5 by Travsz from Excellent professor I'm about 3 lectures into this series and I'm loving the real location footage and the music montages with excellent voice overs, plus the direct to camera monologue. The professor is compelling and perfectly suited to the topic.
Rated 5 out of 5 by ELCTEX from Great Course Jean-Pierre's insights into the Van Gogh brothers are remarkable. By showing you where the brothers lived, and sharing the intimate details of their lives with you, Jean-Pierre makes the brothers' tragic stories so close and personal that you want to try and intervene to help them - but you know you can't. This is one of the best references available on the Van Gogh brothers.
Rated 5 out of 5 by janices from A Journey Through Time and Space This lavishly illustrated course takes you on a journey through Vincent van Gogh's life, and just as fascinating, through his thoughts and emotions. You will understand how van Gogh developed as a painter, and highs and lows of his always-changing life, and the complex relationship between Vincent and his brother Theo. Professor Isbouts is eloquent, insightful, and clearly connects emotionally with his subject. I will definitely watch this again.
Rated 5 out of 5 by Dc59 from Excellent Worth every minute — remarkably informative, visually stunning.
Rated 5 out of 5 by KerryF from In the Footsteps of Vincent van Gogh Being a huge van Gogh fan, I was very excited when this course became available. It has not disappointed. Very well illustrated and narrated. I'm still going through it for the first time but I'm sure it will be a repeat. This is not my only experience with the Great Courses and all have exceeded my expectations. Highly recommend.
Rated 5 out of 5 by silverheels from Fantastic course & great presentation Visual presentation is stunning - thoroughly enjoyed the professor's presentation of the content.
Rated 5 out of 5 by ART4EVER from Incredible production value! I watched the entire course from start to finish in one sitting. The production quality is outstanding. In fact, in my opinion, it ranks right up there with the many NPR and BBC docuseries I have watched over the years. It has earned a place of honor in my collection of all things Vincent van Gogh, which even includes the entire hard-bound collection of his letters to Theo.

Discover the secrets behind the life and work of one of the most recognized, yet misunderstood, artists of the modern world, Vincent van Gogh. This 15-episode course by Professor Jean-Pierre Isbouts will take you on a fascinating journey as you unravel the mysteries of the artist's one-of-a-kind style. Along the way, you will gain fresh insight and a deepened appreciation for the undeniable genius behind a troubled but brilliant artist. 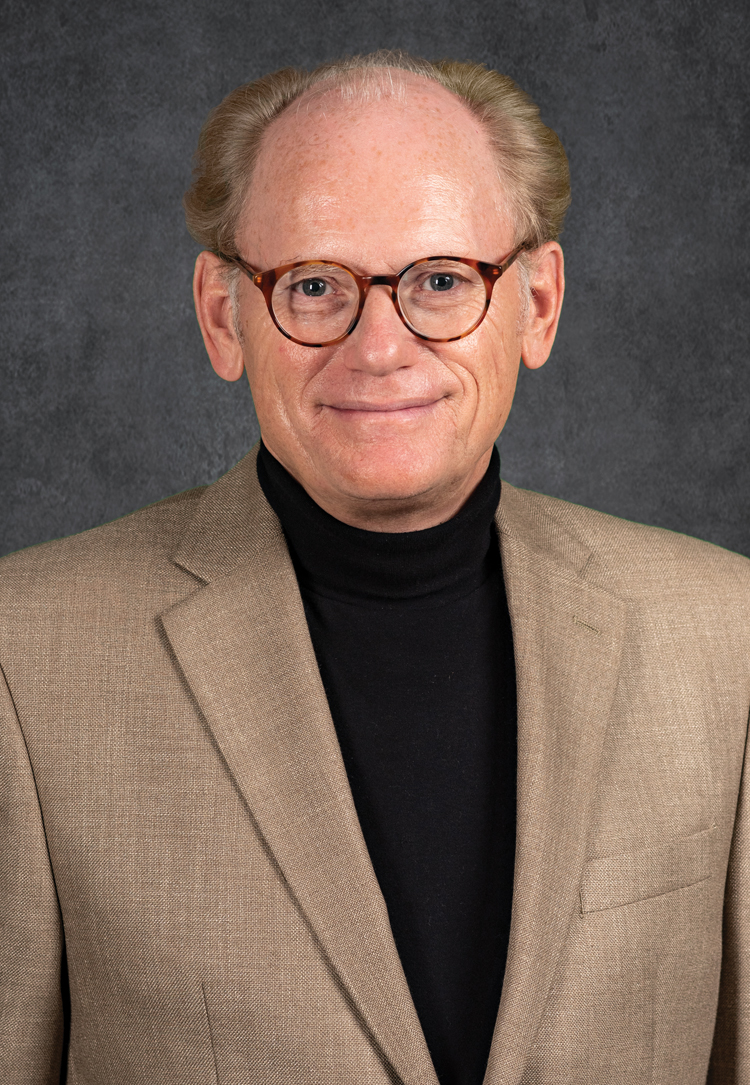 Jean-Pierre Isbouts is an art historian and best-selling National Geographic author. He has served as a member of the doctoral faculty at Fielding Graduate University, where he is a Humanities Professor, for more than 15 years. He earned his DLitt at Leiden University.

Jean-Pierre’s work includes the authentication of a canvas in Geneva, Switzerland, as Leonardo da Vinci’s first version of the Mona Lisa, which prompted a BBC TV special. In 2019, he discovered that da Vinci and his workshop produced a second version of da Vinci’s famous Last Supper fresco, and he traced the work to a remote abbey in Belgium. This was covered in a TV special on NBC’s TODAY.

Jean-Pierre gained worldwide renown with his book The Biblical World. His books on biblical history include In the Footsteps of Jesus, Who’s Who in the Bible, The Story of Christianity, and Archaeology of the Bible. He has written a number of books on art with coauthor Dr. Christopher Heath Brown, including Young Leonardo, The da Vinci Legacy, and The Dalí Legacy.

Jean-Pierre is also the author of National Geographic’s Ultimate Visual History of the World and coauthor of Mapping America, written with Neal Asbury. His films include Van Gogh Revisited with Leonard Nimoy; Walt: The Man behind the Myth with Dick Van Dyke; Inside the Cold War with David Frost; and The Search for the “Mona Lisa” with Morgan Freeman. As a musicologist, he has produced recordings by the Los Angeles Chamber Orchestra and other ensembles and soloists. 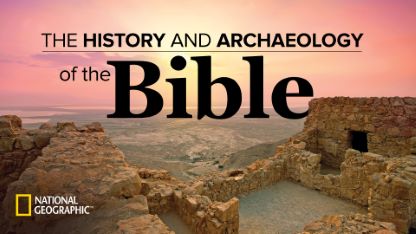 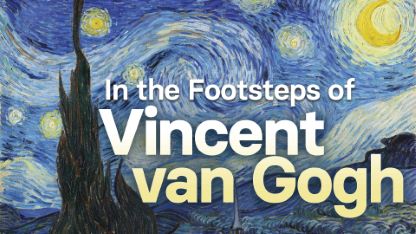 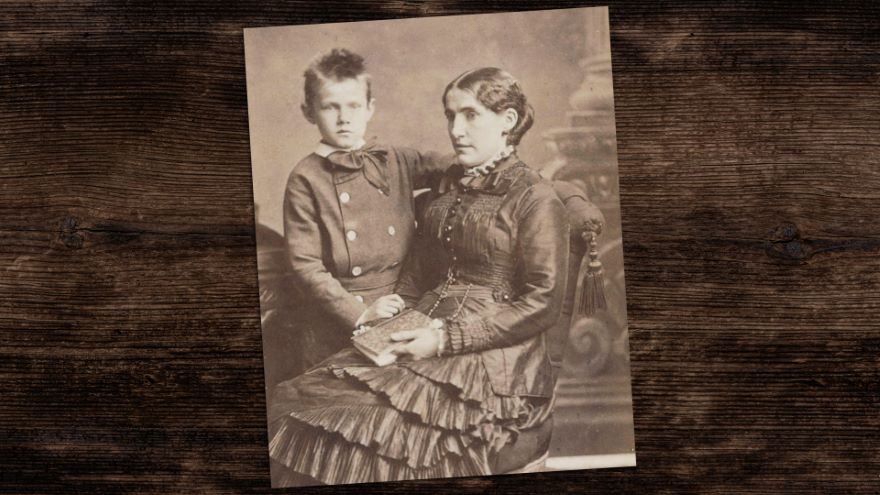 01: The World of Vincent van Gogh

Begin by tying together several fascinating facts about Van Gogh’s life, which then propel you to ask questions that lead to the uncovering of mysteries: Which parts of his life influenced his unique work—now worth hundreds of millions on the art market—and what drove him to a desperate act in the end? 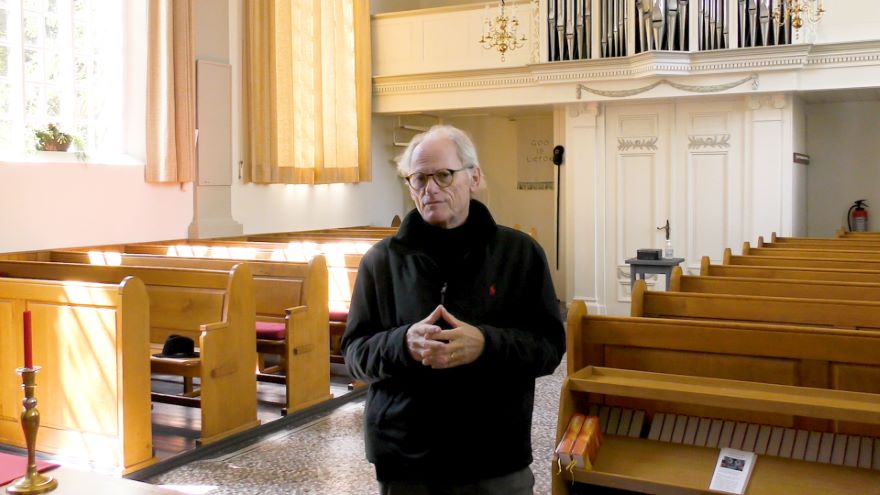 Take a journey through Vincent’s younger years as Jean-Pierre shares a personal connection and details the events that marked Van Gogh and shaped his career. From learning French and English to taking his very first art class, Brabant and its landscapes leaves an indelible mark on the young Vincent. 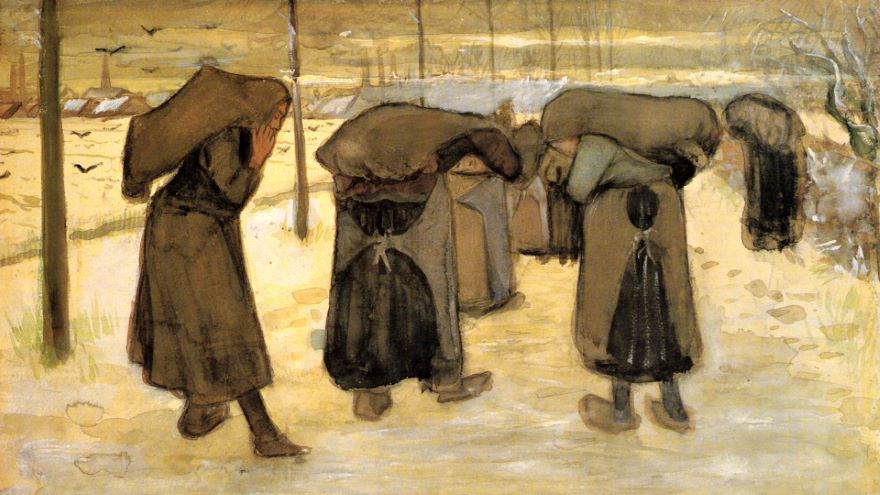 Discover how Van Gogh makes an abrupt turn in his life trajectory and moves from ministry and missionary work to a life in art, aided by two influential men in his family. You will also begin to understand how difficulties with his parents and scandals with women will affect him. 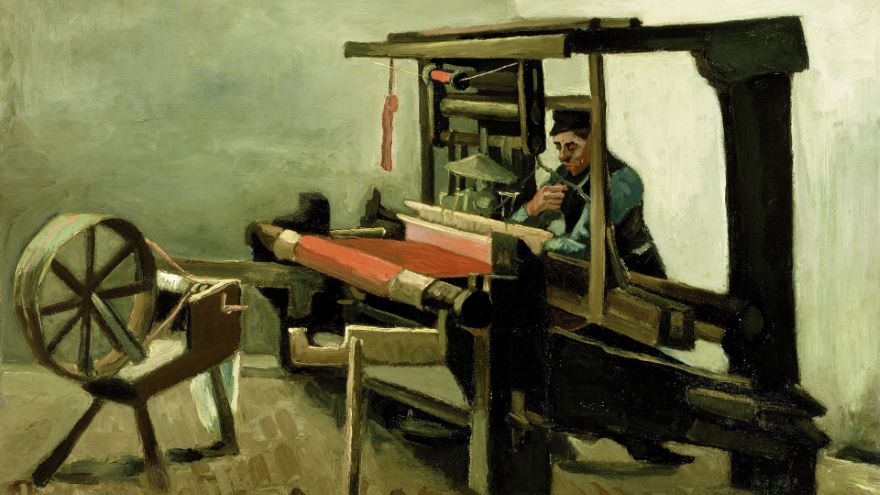 What is it about the modest Protestant community of Nuenen that spurs Van Gogh to hit his stride in painting, and why does he leave his extensive body of work behind when he moves? This lecture dives into how the perceived richness and nobility of simple peasant life inspired the artist. 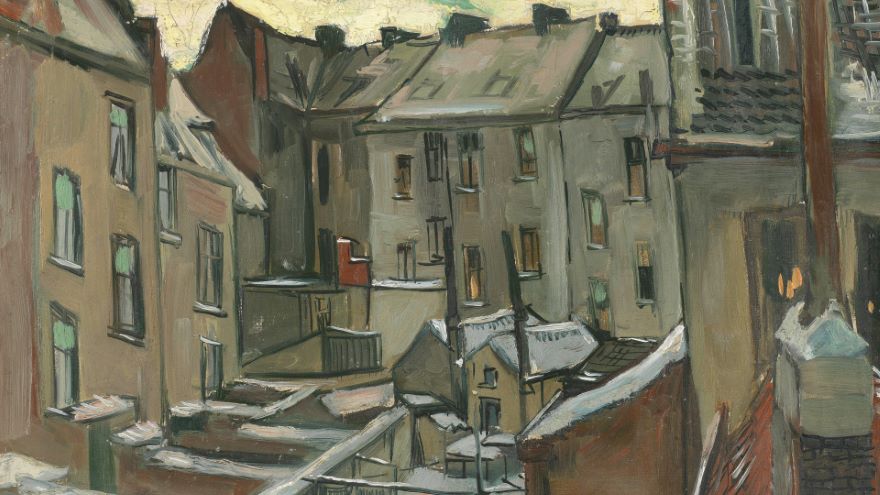 In many ways, it is in Antwerp that Vincent begins the remarkable evolution that will ultimately make him one of the most important painters in modern art. Explore his journey at the Antwerp Academy, where he slowly sheds the darkness of Hague and begins to play with light and color. 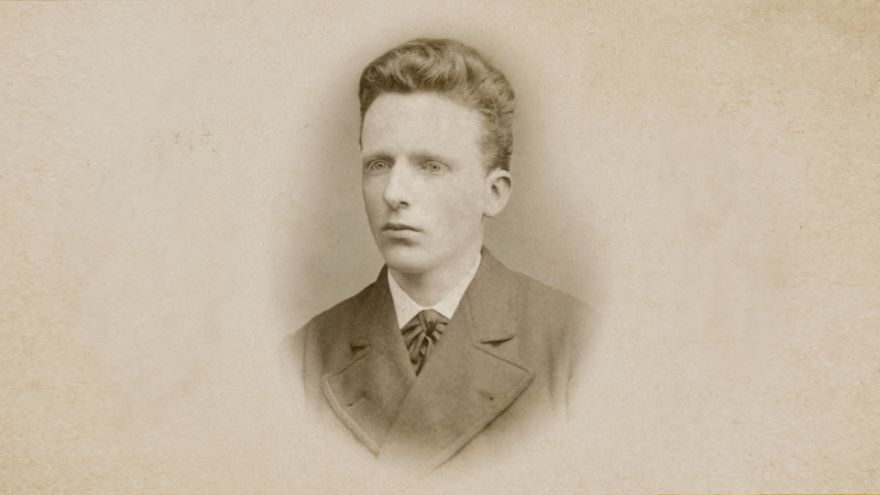 Did you know how much the Impressionist movement in Paris depended on Vincent’s brother, Theo? Find out the truth behind Theo’s enormous influence in promoting and establishing the movement and bringing together the Impressionist artists of the day, with scenes from Jean-Pierre’s television drama Manet in Love. 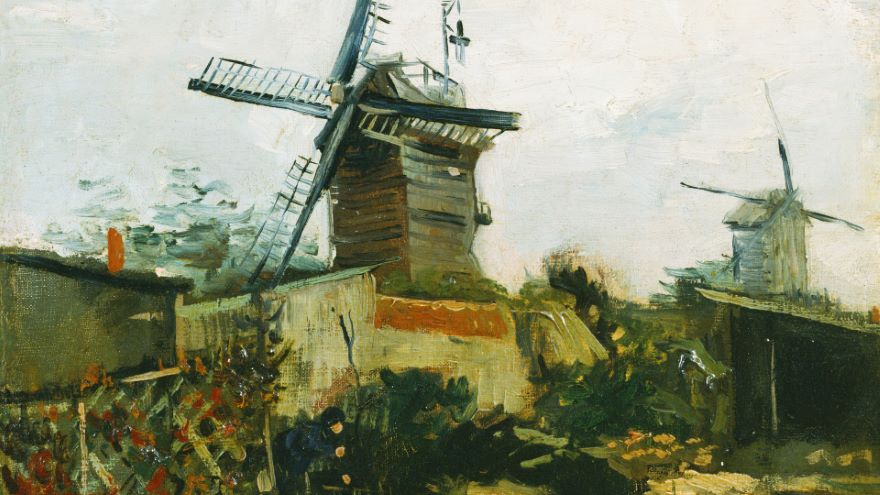 07: Vincent and Theo in Paris

What would you do if a difficult relative dropped in without warning and announced they would be living with you from now on? Learn how Theo manages the situation when Vincent arrives in Paris, and revel in the way that Vincent inhales the wonderful new movements of Montmartre. 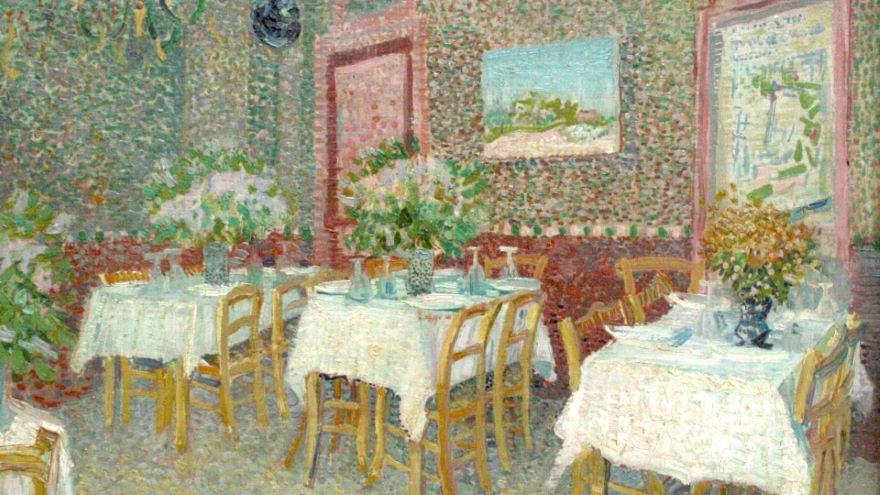 08: Vincent and the Post-Impressionists

By the 1880s, the Impressionists have slowly begun to drift apart after the deaths of Frédéric Bazille and Édouard Manet. Follow Vincent’s journey as he immerses himself in the artist life and absorbs all he can from the artists around him in friendship and work, such as Seurat, Bernard, Gauguin, and Toulouse-Lautrec. 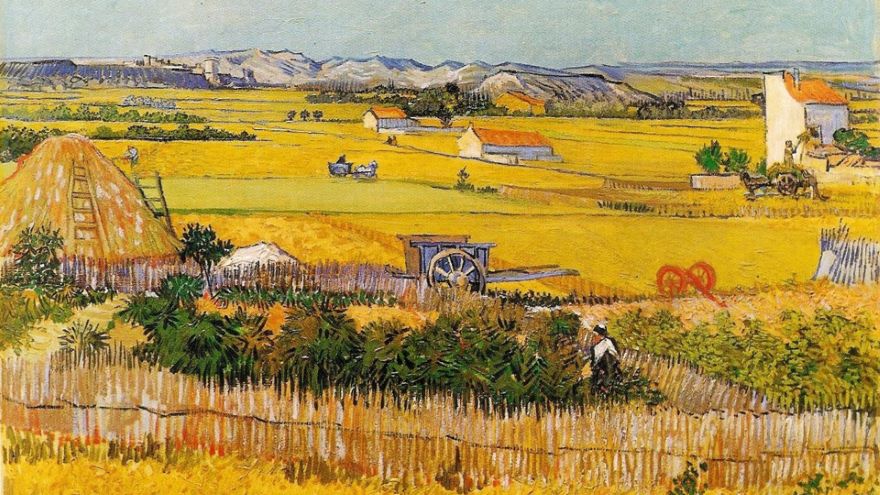 09: The Spring of Provence

Having exhausted all he could learn in Paris, Vincent travels to what he refers to as “his Japan,” or Arles, France—living in his famed “Yellow House.” It is here that he begins to move beyond Impressionism and matures into his own style. Although his Yellow House was destroyed in World War II, modern 3-D animation shows us what it looked like. 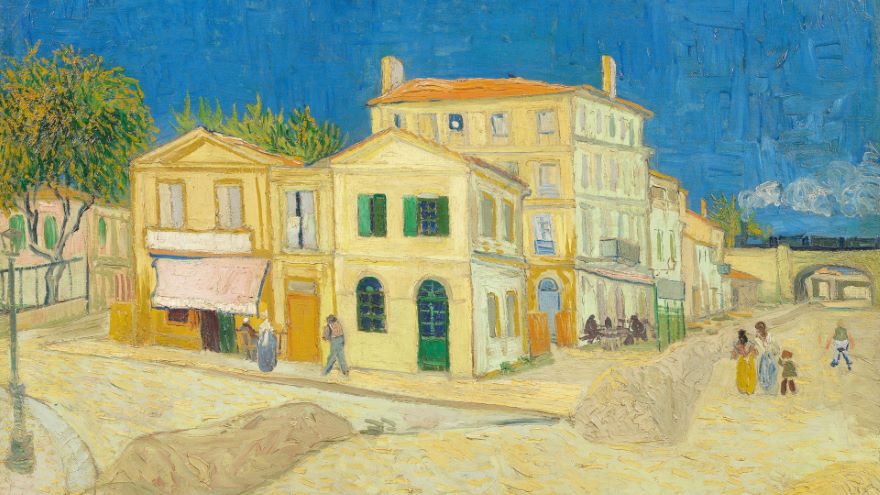 As he settles down in Arles and opens himself to the power of bold, primary colors to evoke emotion, Vincent begins to feel the need for the companionship he had in Paris. Which of his artist friends will eventually agree to move to Arles and live with him in his Yellow House? 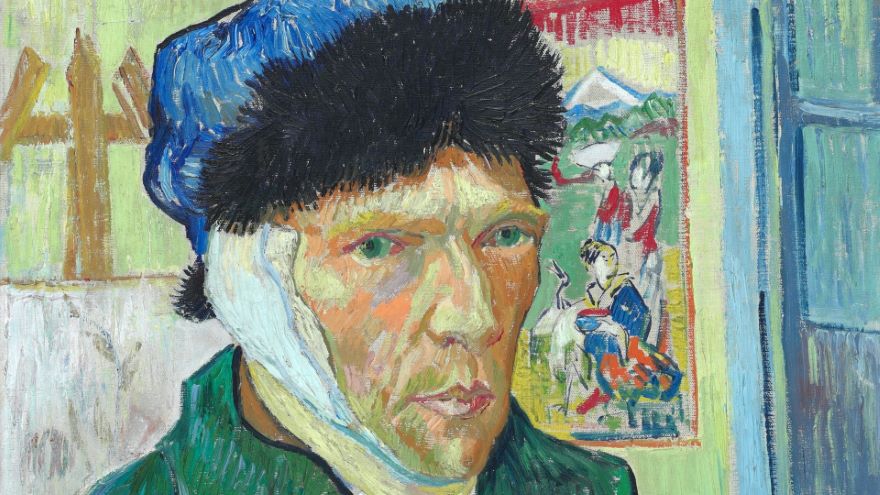 11: The Studio of the South

Perhaps the most well-known fact about Vincent’s troubled life is that he cuts his ear. Dive into the horrifying story of what it is that inspires him to do something so drastic, and how the people around him respond to the crisis—culminating in the loss of his beloved Yellow House. 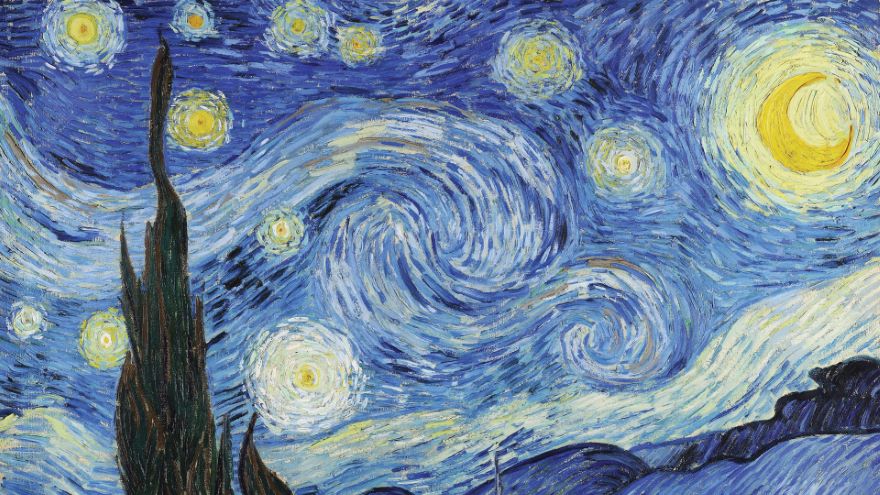 12: The Asylum at Saint-Rémy

Confined to an asylum, Van Goh enters a dark period of illness—yet it is out of this place that he draws inspiration to create his best-known masterpiece, The Starry Night. Listen as Professor Isbouts describes his research on what diagnoses were likely behind Vincent’s “insanity.” 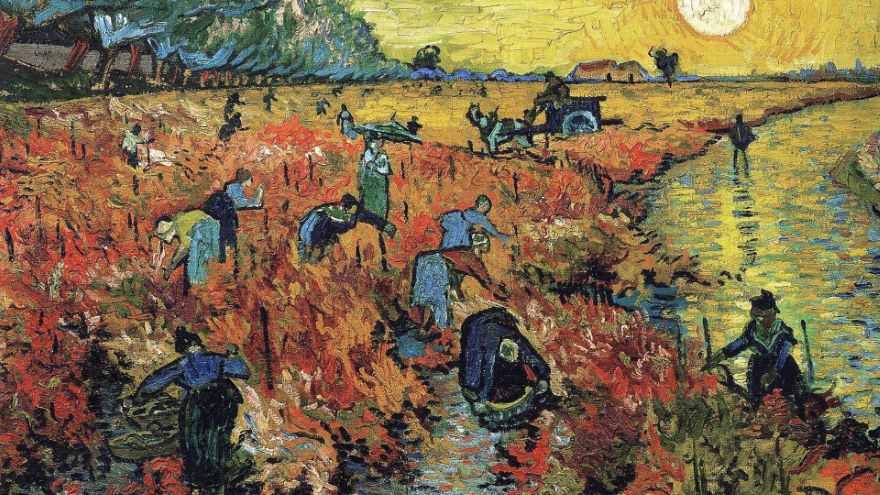 While Vincent is sequestered away at the asylum at Saint-Remy, the art world is moving on. Amazingly, Vincent is gaining growing recognition among art critics, with works shown at an annual exhibition in Brussels. But is Paris ready for him when he returns to meet Theo and Johanna’s newborn baby? 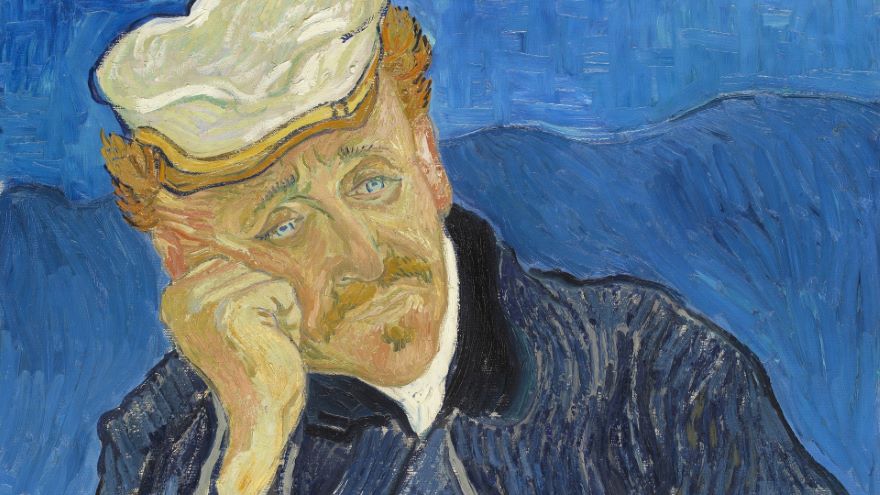 In this lovely village along the Oise River, Vincent creates what is arguably his most developed and integrated work, including two portraits of his friend, Paul Gachet. However, always brewing underneath is the guilt, torment, and loneliness that will eventually drive him to his final day. 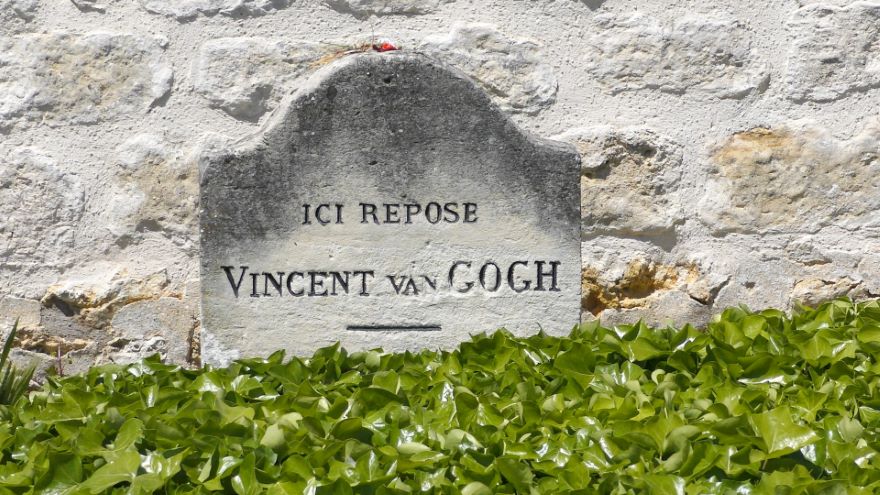 There are several theories surrounding Vincent’s death, including one featuring a boy in a Buffalo Bill costume. In this episode, we experience Vincent’s last hours. We then follow the amazing arc that will lift Vincent from obscurity to the worldwide fame he enjoys today.