BLACK FRIDAY OFFER: STREAM TWO YEARS FOR THE PRICE OF ONE. Expires 11/30/22. Valid for new subscribers only

STREAM TWO YEARS FOR THE PRICE OF ONE. Expires 11/30/22. New subscribers only. 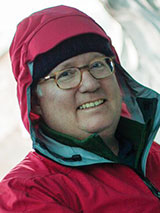 There's little that excites me more than visiting an extraordinary place for the first time—and being able to share that experience with others is thrilling.

Geologist, journalist, and educator Ford Cochran (1962–2019) was Director of Programming for National Geographic Expeditions. He selected and managed the expert scholars, writers, photographers, explorers, and staff sent by the National Geographic Society on expeditions for travelers to destinations around the world.

Mr. Cochran studied English literature as an undergraduate at the College of William & Mary, where he edited the century-old student newspaper, The Flat Hat, for two years. He did field research on Hawaii’s volcanoes and Mount Saint Helens, with a focus on biogeochemistry and climate change, as a graduate student at Harvard and Yale Universities. Mr. Cochran earned a Master of Philosophy degree in Geology at Yale, where he was awarded competitive Global Change fellowships from both NASA and the Department of Energy. He was elected to represent Yale’s graduate students across the natural and physical sciences on the policy-making Executive Committee of the Graduate School. Mr. Cochran earned Yale’s Philip M. Orville Prize in recognition of outstanding research and scholarship in the earth sciences, along with the William Ebenezer Ford Prize for excellence in mineralogy, and he was invited to be the Honor Marshall of his Graduate School of Arts and Sciences class.

Mr. Cochran taught a number of university courses and gave the invited keynote address at the Geochemical Society’s international Goldschmidt Conference in Edinburgh, Scotland. He also gave numerous academic presentations, including invited talks at Caltech and the Massachusetts Institute of Technology. He was an Assistant Professor of Geology and Environmental Science at the University of Kentucky before leaving to join the National Geographic staff.

Over his 20-plus-year career with National Geographic, Mr. Cochran wrote for National Geographic magazine, served as principal contributing writer for its Historical Atlas of the United States, helped launch Nationalgeographic.com and directed content development and programming for the website, and documented numerous Society-funded research expeditions in the field. Mr. Cochran blogged for National Geographic and traveled as a Society expert on National Geographic Expeditions to Iceland, Hawaii, the Mediterranean, the Canadian Rockies and Pacific Northwest, and the national parks of the American West. He also joined Society research and media teams on expeditions to Iceland, Costa Rica’s Cocos Island, Chile’s Easter Island and Sala y Gómez, Florida’s Wakulla Springs, the Gulf of Mexico, and a number of U.S. national parks. Mr. Cochran led the development of National Geographic’s first interactive online atlas and its first site for K–12 classrooms, plus dozens of applications and documentary features, including websites on Jamestown and the Chesapeake Bay, the Lewis and Clark expedition, Arctic exploration, Iceland, Yellowstone, Monterey Bay, the Florida Keys, biodiversity, and habitats. His work online has earned multiple Webby, CODiE, and People’s Voice Awards, along with the American Association of Museums’ Gold MUSE Award. 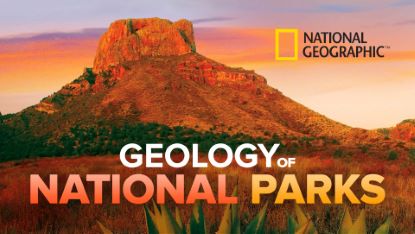