Do We Need God Less the More We Evolve?

Does God have a place in 21st century human affairs? As we look to the future in uncertain times, should spirituality and religion play a central role in human evolution, innovation, and discovery? Or has God become obsolete?

Does God have a place in 21st century human affairs? For many, the answer is an unapologetic yes. Belief in a higher power, they argue, is the foundation of human consciousness and the soul of all social, political, and scientific progress. Further, some claim, humans are biologically predisposed to embrace religion and require faith to live moral lives. Others are far more skeptical. For them, adherence to faith and religious tradition serves only to fracture communities and prevent humanity from embracing a more enlightened, reasoned, and just social order. As we look to the future in uncertain times, should spirituality and religion play a central role in human evolution, innovation, and discovery? Or has God become obsolete? Arguing for the motion is Heather Berlin, a cognitive neuroscientist with Michael Shermer, founder of The Skeptics Society and best-selling author. Arguing against the motion is Dr. Deepak Chopra, integrative medicine advocate and best-selling author with Dr. Anoop Kumar, physician and author of "Michaelangelo's Medicine." John Donvan moderates. This conversation was taped on March 27, 2018.

FOR:
· Humans no longer need God to explain the unknown. Rather than turning to faith or religious tradition, modern society should rely on scientific and reasoned inquiry to address today's challenges and questions.
· Morality is independent of God. From the oppression of women and LGBT people to the institution of slavery and genocide, religious groups have used faith to justify society's worst practices.
· Belief in God stifles modernization: studies show that intensely religious countries are less innovative and produce less patents than those that aren't. It is science, rather, that has been at the heart of innovation and discovery.

AGAINST:
· According to NASA, only 4 percent of the universe is known matter; the rest remains largely a mystery. Science alone cannot illuminate or explain this large gap.
· Scientific progress requires God. The creators of today's most powerful innovations - from nuclear arms to gene editing technologies - require an awareness of consciousness, and must be guided by a belief in a common good to ensure these technologies don't destroy society as a whole.
The secularization thesis is a myth: a new study by Pew Research Center shows that the world's Christian and Muslim populations are continuing to grow - even if younger generations don't attend church. 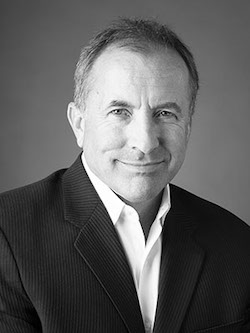 Michael Shermer is the publisher of Skeptic magazine, a monthly columnist for Scientific American, and a Presidential Fellow at Chapman University. He is the best-selling author of several books, including “The Moral Arc: How Science and Reason Lead Humanity Toward Truth, Justice, and Freedom.” As a public intellectual, he regularly contributes op-eds, book reviews, and essays to the Wall Street Journal, Los Angeles Times, Science, Nature, and other publications. His two TED talks, viewed nearly 8 million times, were voted in the top 100 of the more than 2,000 TED talks. 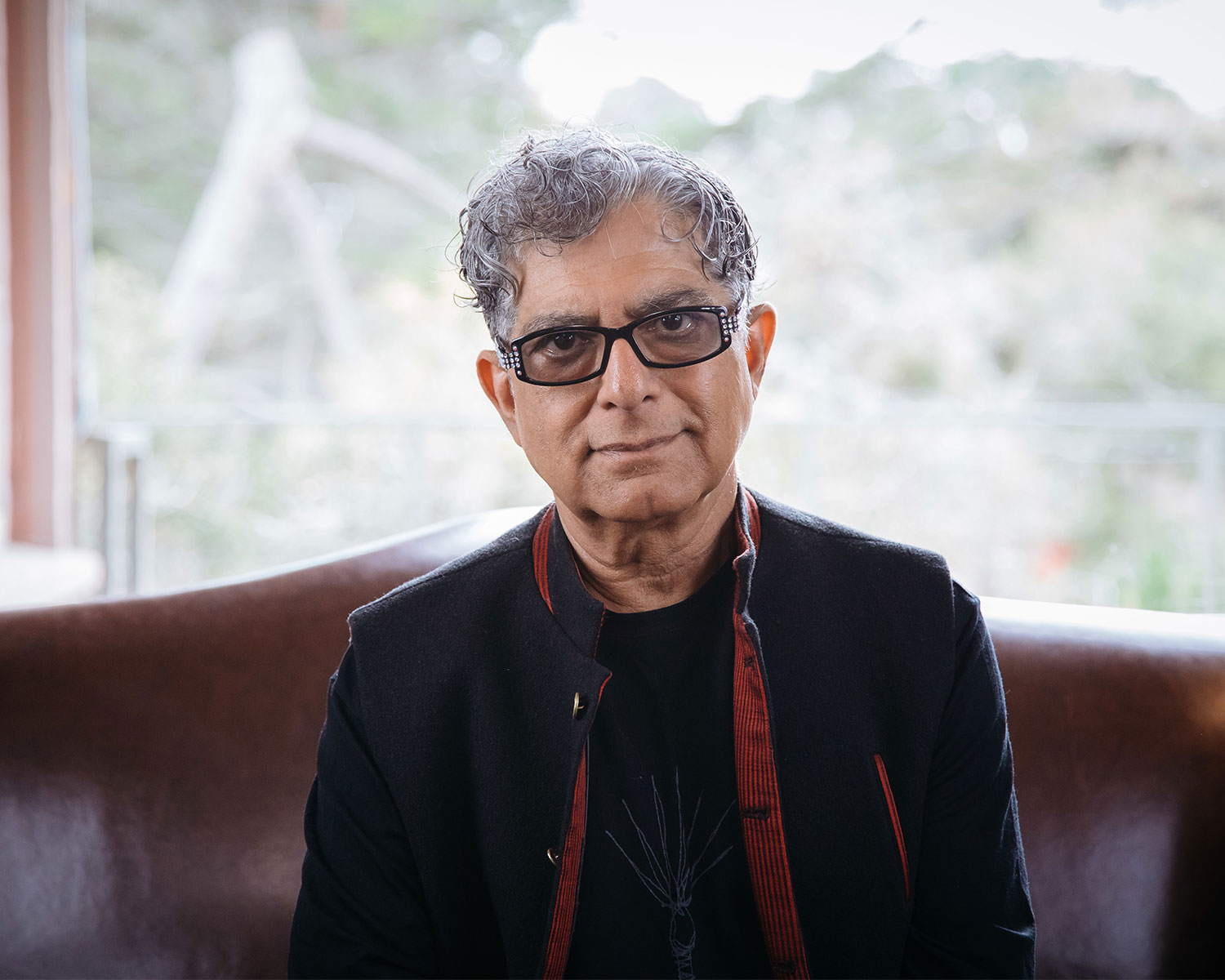 Deepak Chopra, M.D., F.A.C.P., is the co-founder of the Chopra Center for Wellbeing, the founder of the Chopra Foundation, and a world-renowned pioneer in integrative medicine and personal transformation. He is board certified in internal medicine, endocrinology, and metabolism. 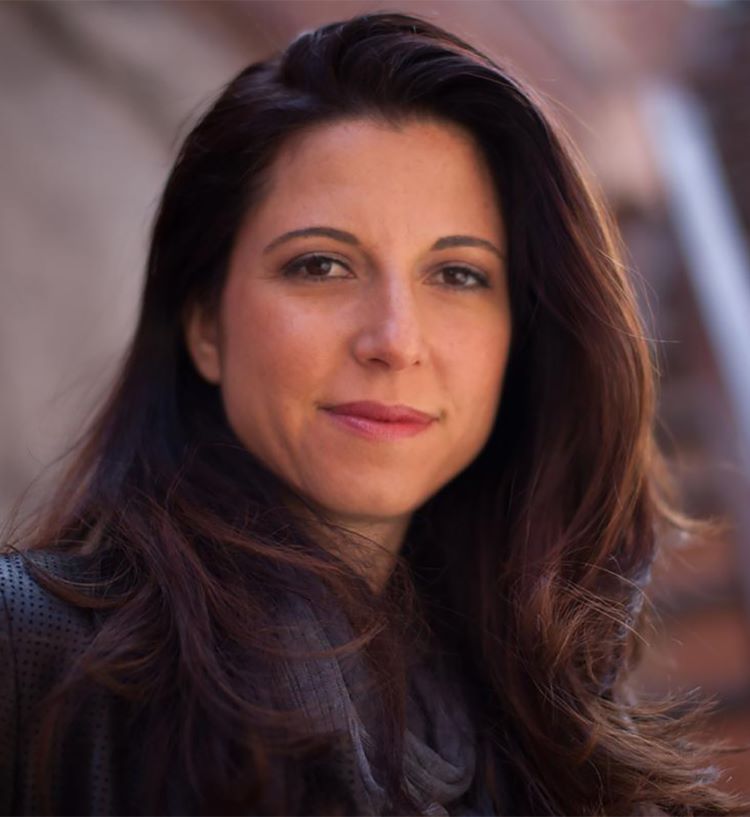 Heather Berlin, Ph.D., M.P.H. (For the Motion), is a cognitive neuroscientist and assistant professor of psychiatry at the Icahn School of Medicine at Mount Sinai. She practices clinical neuropsychology at Weill Cornell Medicine in the Department of Neurological Surgery, and is a visiting scholar at the New York Psychoanalytic Society and Institute. She explores the neural basis of psychiatric and neurological disorders, consciousness, dynamic unconscious processes, and creativity. Passionate about science communication, she is a founding committee member of the National Academy of Sciences’ Science and Entertainment Exchange, host of “Startalk All-Stars” with Neil DeGrasse Tyson, and has hosted series on PBS and the Discovery Channel. 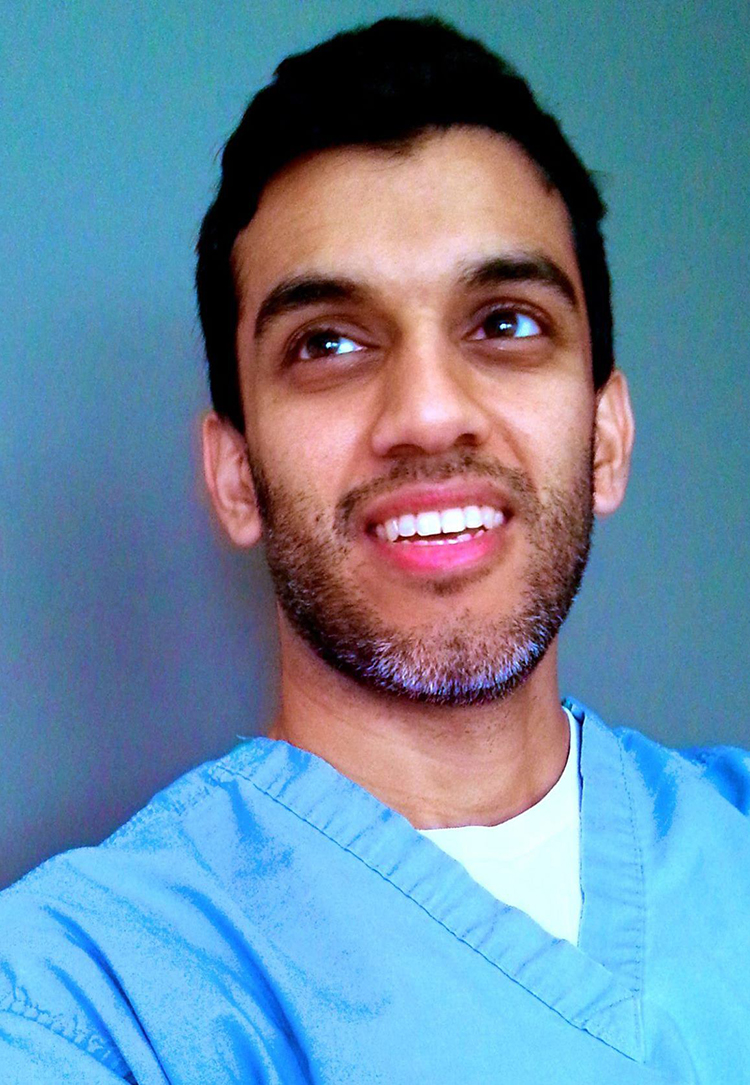 Anoop Kumar, M.D. (Against the Motion), is a board-certified emergency physician practicing in the Washington, D.C. metro area, where he also leads meditation gatherings for clinicians. He is a frequent public speaker and the author of “Michelangelo’s Medicine: How Redefining the Human Body Will Transform Health and Healthcare.” As a child, Kumar was surrounded by the teachings of Eastern philosophy. He came to recognize a common message woven through philosophy, science, and spirituality — a practical message of well-being, cloaked in esoteric language. His passion is translating this message into modern applications. 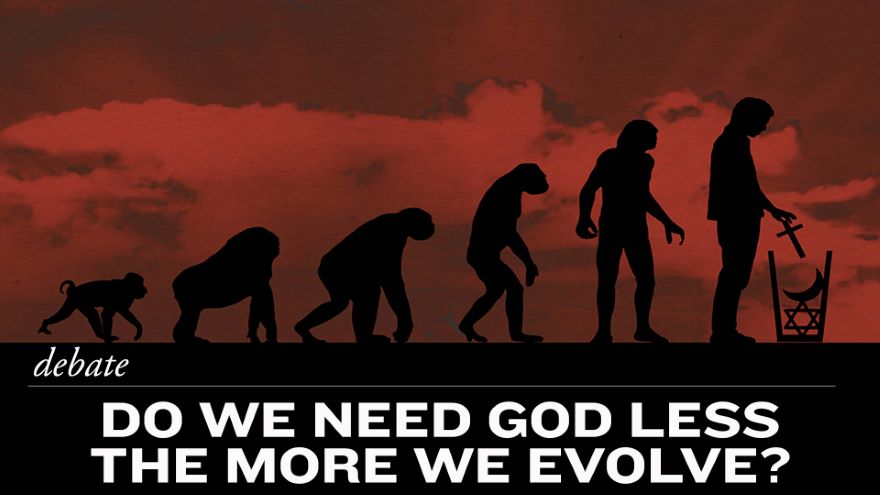 01: Debate: Do We Need God Less the More We Evolve?

Does God have a place in 21st century human affairs? As we look to the future in uncertain times, should spirituality and religion play a central role in human evolution, innovation, and discovery? Or has God become obsolete?