Discovering Your Roots: An Introduction to Genealogy

Our family tree is full of nuts. Find out what yours looks like, with help from a genealogist.
Discovering Your Roots: An Introduction to Genealogy is rated 4.7 out of 5 by 109.
Share
Rated 5 out of 5 by bbright49 from Excellent Course I have been doing genealogy for several decades. I learned a lot of information I didn't know. Dr. Colletta presents the information in a very easy to understand way. Would recommend to anyone, no matter what your skill level is in genealogy.
Rated 5 out of 5 by Holabird66 from Very helpful class!! I have been working on my family’s genealogy for a couple of years. Luckily, I inherited a large trunk full of original documents, family bibles, hundreds of pictures (most unidentified), dozens of old newspaper clippings (from God knows where), and odd personal items. I signed up for this course to help organize my work. I found the course to be very informative and really helped me to get more organized in the way I search my family information, record what is found, and communicate the information. I found the information on proof and documentation to be exceptionally helpful. One of the recommended books (Evidence Explained) is now in my library and has been a great help in recording all of the odd bits of information. I would recommend this class to anyone just starting out or deep into their genealogy search.
Rated 5 out of 5 by Ruodrik from GREAT REVIEW IF YOU ARE WORKING ON YOUR GENEAOLOGY Dr Colletta course is very interesting and inspired me to work more on my families genealogy. He provides a lot of incite and methods that you can do on your own.
Rated 5 out of 5 by formerslttech from Discovering Your Roots: An Introduction to Genealo I am very happy with this course. Learned lots of new information.
Rated 4 out of 5 by Tim69 from Thorough Explanation of Genealogy I have been researching my family history for about 14 years with only a few "how to" books to help me. Along the way, I have met many family members and some of them are more involved in genealogy. My background is in engineering that is based on proven theory that engineers use to solve problems. So genealogy is a problem solving technique that uses past information and in some cases facts to reach a conclusion to solve a problem. Professor Colletta presents genealogy as a problems solving exercise with excellent guides to sources of information. From his presentation, genealogy has become an established method of performing family history research. His lists of sources for this information is extensive and thorough. And he explains the proof standard is a step by step approach that could be applied by most people doing genealogy research. But one should recognize that eventually, all the proof standards rest on the basis of "extensive" reviews of records. There is not a standard for "extensive" and that must be recognized. But having a step by step method would provide a standard research approach that anyone can perform but maybe rejected by those who can point out that the research was not "extensive" enough. I have worked with professional genealogy researchers who have access to extensive databases and are professional in their work. Their reports are excellent. I had hoped that a section on the lineage societies like Daughters of the American Revolution, Sons of the American Revolution, or Mayflower Society would be provided. Maybe a new course by Professor Colletta. Lastly, I would recommend this course for everyone from beginner to seasoned genealogist
Rated 5 out of 5 by minnwisc from Comprehensive guide to genealogy The lectures were very entertaining and informative, and I've been able to use many of his recommended sources.
Rated 5 out of 5 by JSR53 from Learning so many tools! Still taking the class. About half way through. All lectures have been fascinating.
Rated 5 out of 5 by CRL_ from It was quite entertaining and as good history teachers are prone to do, this instructor made history come alive. A lot of people doing genealogy are are boring and overbearing-the joy of Prof Colletta shows through! Of course one side of my family was from Naples and the other line is German so I understood the professor immediately!

Unlock the secrets of your family's long-forgotten past with this course that teaches you the research skills and methodologies of professional genealogists. 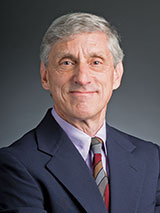 The Catholic University of America

Institute of Genealogy and Historical Research at Samford University

For 20 years, Dr. Colletta worked at the Library of Congress and taught workshops at the National Archives. Today, he lectures nationally, teaches at local schools, and conducts programs for the Smithsonian Institution's Resident Associate Program. His clients have included Johns Hopkins University, St. Louis Public Library, Daughters of the American Revolution, Brigham Young University, the Historical Society of North Dakota, the Huntington Library (San Mateo, CA), and the Genealogical Society of Ontario, Canada.

Dr. Colletta's publications include numerous articles, both popular and scholarly; two manuals, They Came in Ships: A Guide to Finding Your Immigrant Ancestor's Arrival Record and Finding Italian Roots: The Complete Guide for Americans; and the narrative family history, Only a Few Bones: A True Account of the Rolling Fork Tragedy and Its Aftermath. Dr. Colletta appears frequently on podcasts and radio and television programs. His honors include distinguished service awards from the Dallas Genealogical Society and the National Society of Daughters of Founders and Patriots of America. 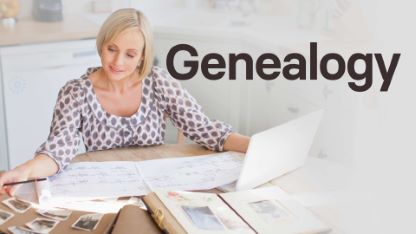 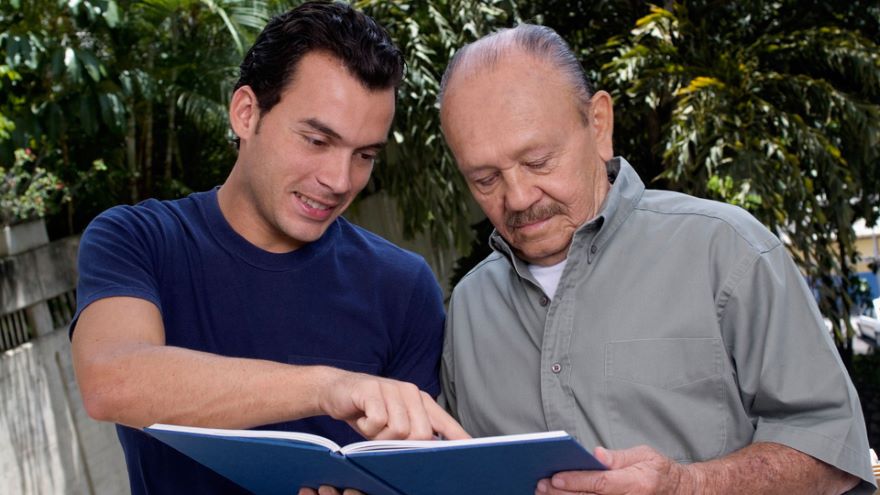 One of the foundations of genealogy (and one of its most enjoyable aspects): interviewing relatives. Here, Dr. Colletta introduces you to several strategies and 10 vital tips to help you get the most out of sitting down with family members and transforming pleasant conversations into solid foundations for future detective work. 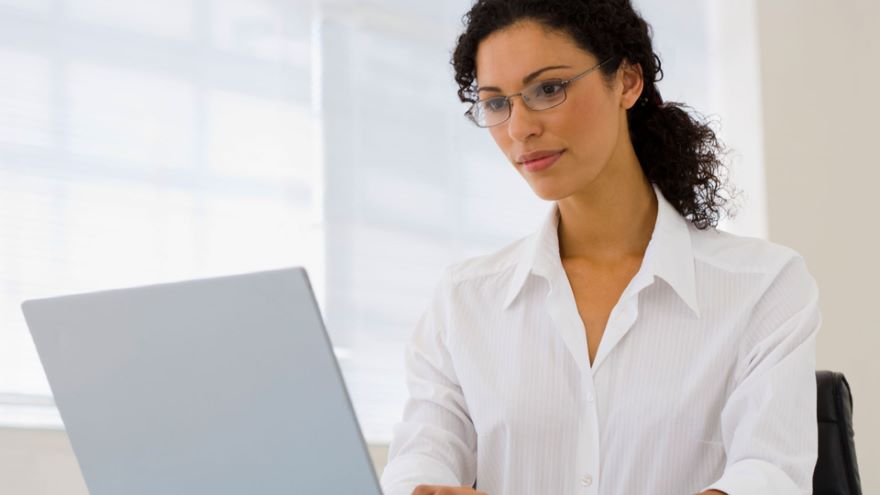 It's unthinkable to do genealogy today without the Internet. But not all online sources are reliable. First, take a look at the benefits (and drawbacks) of government, nonprofit, and commercial online sites. Then, learn how to make sense of U.S. population censuses-the most important record for constructing lineage in America. 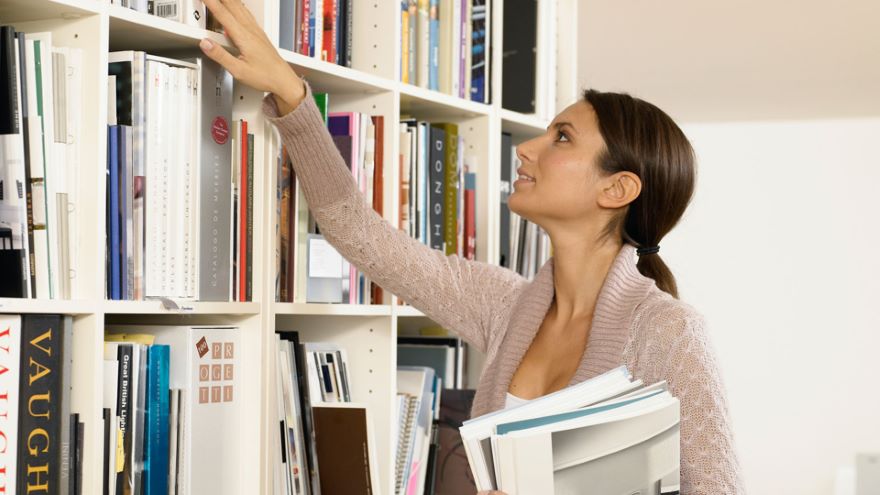 03: The Library-Shelves Full of Family History

Learn how to tap into the wealth of library material to get solid answers to the "why" behind events in the past. You'll tour genealogies and family histories; histories of states, counties, cities, and towns; the Periodical Source Index (PERSI); and several types of maps (which help ground events in the physical world). 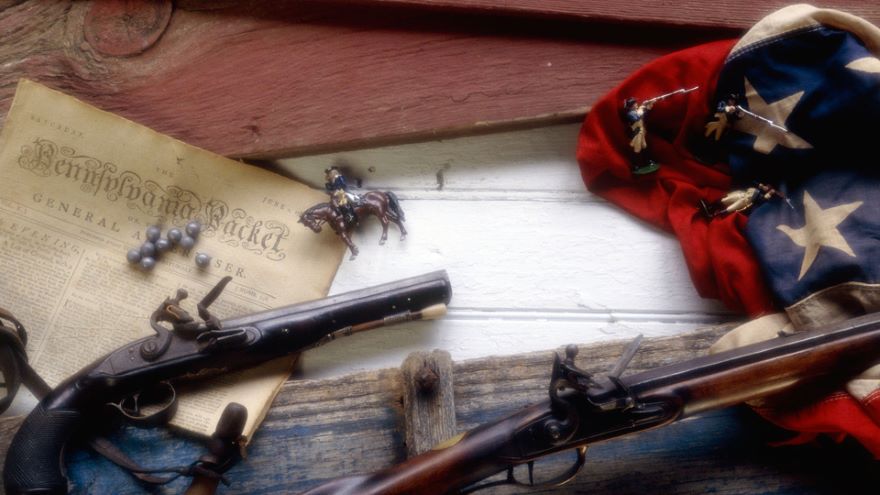 Holding a document your ancestor once held is a thrilling experience; and this intimate link to your forebears is more readily accessible than ever. Train yourself to navigate through both military records (including service and pension records) and homestead files (which encompass 33 public domain states from 1863 to the 1970s). 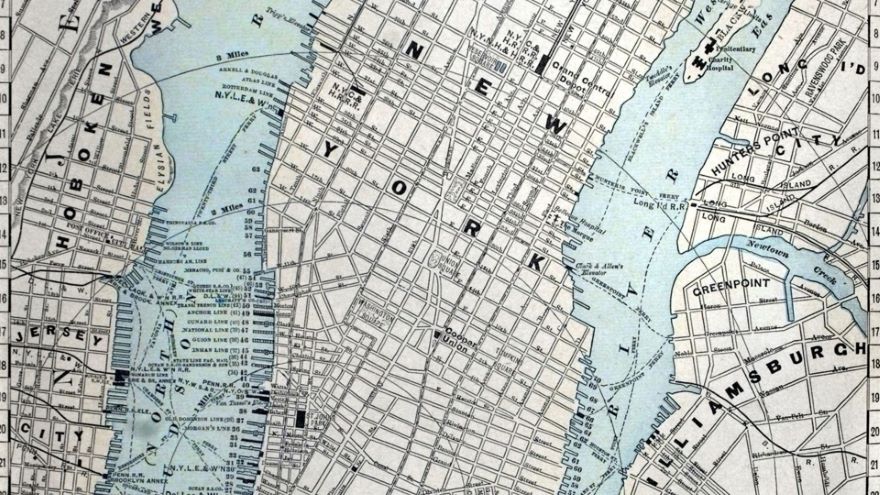 05: How to Build Historical Context

Step away from research and explore how to use historical content to transform your facts into engaging life stories. Dr. Colletta reveals seven steps for building effective historical context, including examining your sources in light of local history, and using history to test a hypothesis about how an event transpired. 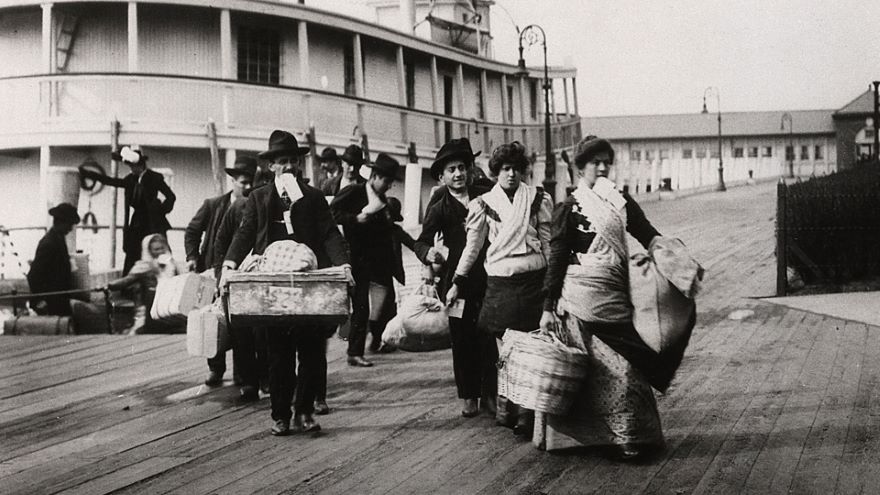 06: Your Ancestors in Ship Passenger Lists

Learn how to make sense of passenger arrival records: the single most precious document for reconstructing your ancestors' voyage to North America. Using several key guideposts and sources (including colonial land records and immigrant directories), you can uncover facts about arrivals from colonial days through the 1950s. 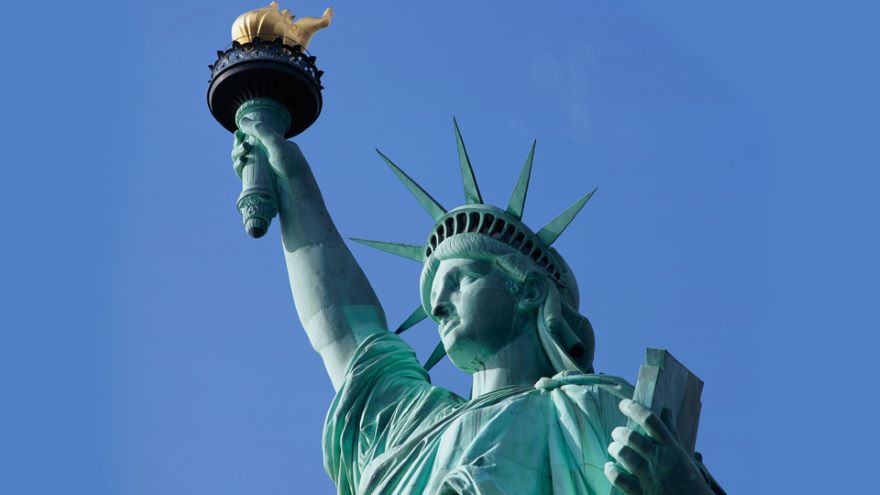 07: Your Ancestors in Naturalization Records

Did your immigrant ancestors become U.S. citizens? Did they procrastinate, or not naturalize at all? Dr. Colletta reveals how naturalization records can answer these and other biographical questions. You'll focus on adapting your research to three major naturalization periods: prior to 1790, 1790 to 1906, and 1906 to today. 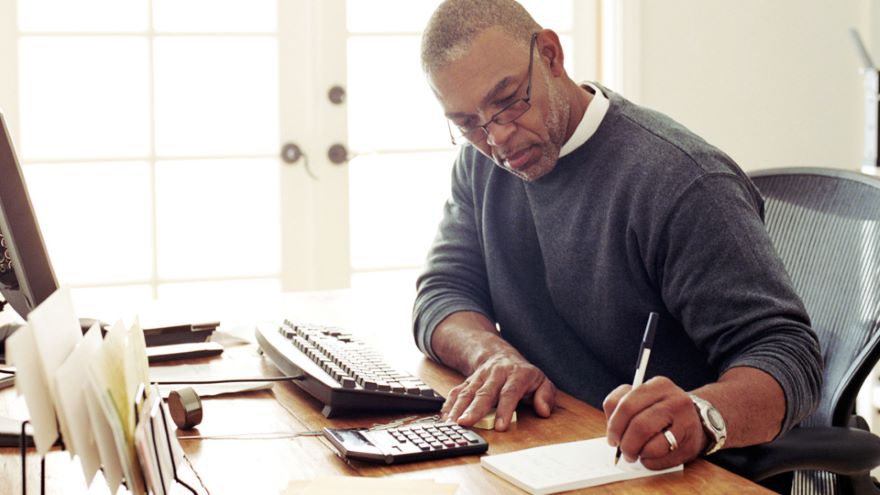 Strengthen your skills as a family history detective with this in-depth look at the Genealogical Proof Standard, the five-step process that certified genealogists use for proving ancestral identities, relationships, life events, and other biographical details. Then, wrap up the lecture with a fascinating look at the nature of evidence. 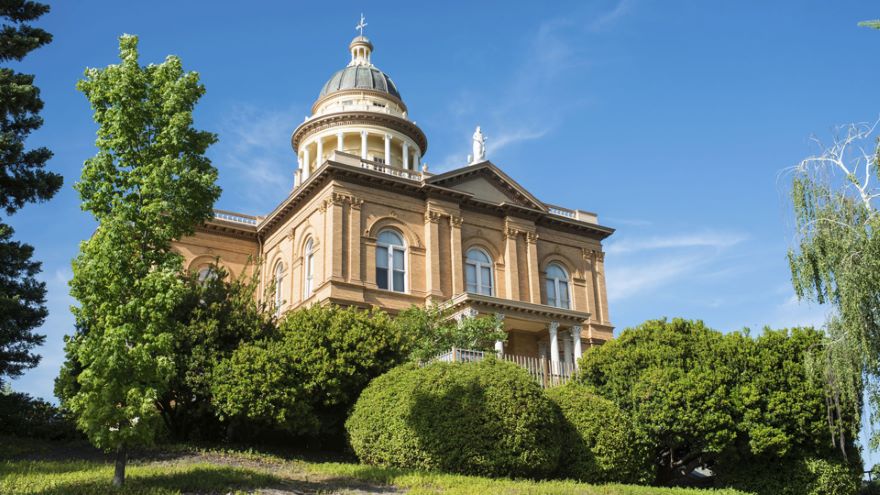 09: Your Ancestors in the County Courthouse

Discover how to work your way through the courthouse records of the county where your ancestors resided. Using the two most common types of courts (circuit and chancery), you'll examine how to read courthouse materials, including probate packets, vital records, tax rolls, and even colonial-era records such as indentures and apprenticeships. 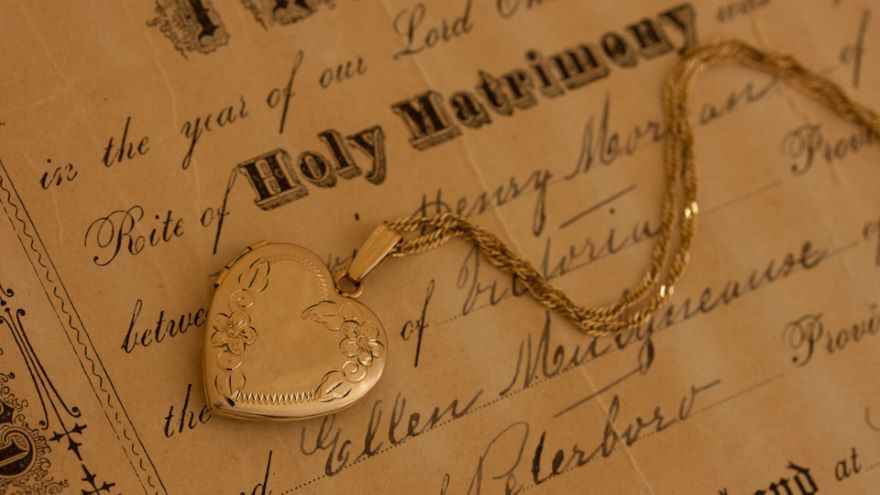 10: Your Ancestors in State Records

Good genealogists always take advantage of local sources outside the courthouse as well, including state archives, which hold records that resulted between the administration of state laws. Here, you'll learn how to tap into the information found in original sources (such as census and military records) and derivative sources (including maps and newspapers). 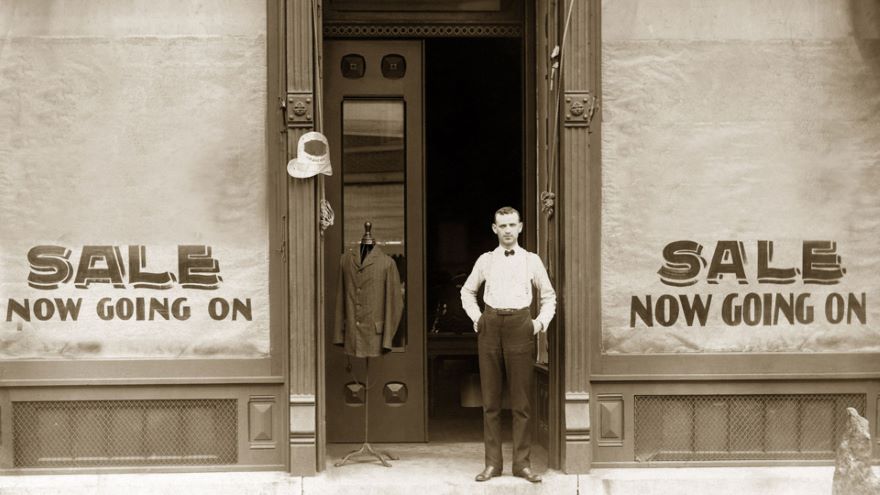 11: How to Write Biography

Explore the process of writing about your ancestors in a way that's memorable-but that always adheres to the truth. Learn how to compose timelines; how to build historical context around life events; how to search for (and find) a life's central theme; how to select the right literary format; and more. 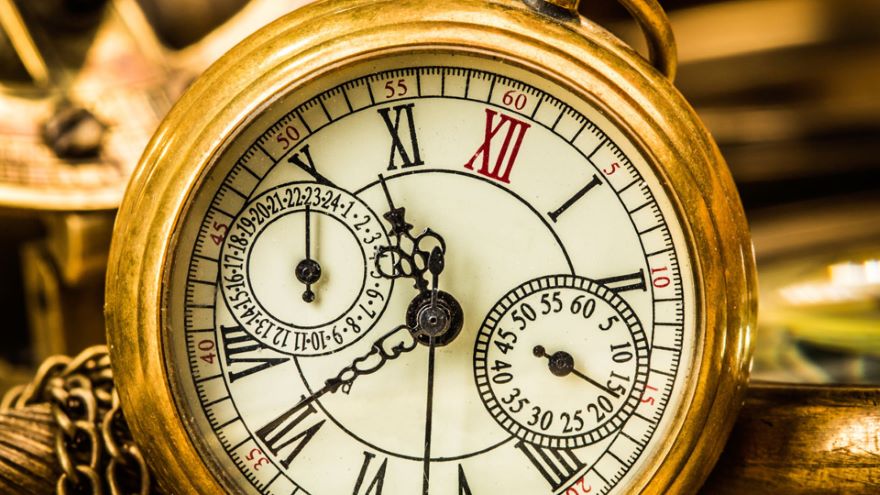 12: Dos and Don'ts of Writing History

Writing about the past is fraught with snares. Find out how to sidestep them with Dr. Colletta's dos and don'ts for writing historical narratives. These include using period vocabulary; evoking the senses through sounds, textures, and aromas; and avoiding the danger of viewing the past through the lens of the present. 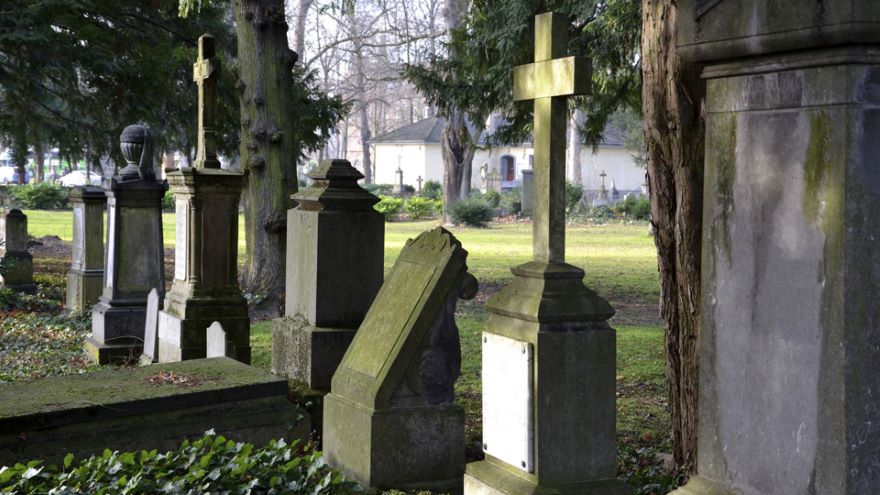 13: Searching in Your Ancestors' Backyards

At some point during your detective work, you'll have to actually visit where your ancestors lived. In this helpful lecture, discover how to use key local resources you'll need to rely on for success in your research: cemeteries, records of churches and synagogues, city directories, local libraries, and historical societies. 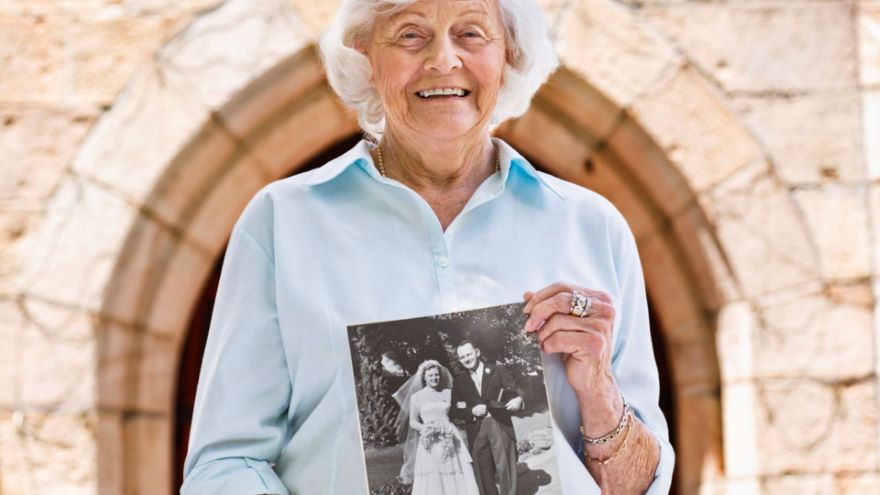 You've learned how to build context and write an engaging narrative. Now, examine the best ways to organize your material and assemble a lasting account of your unique heritage. What are the fundamental questions you'll need to answer before writing? What are the five elements essential to any multigenerational account? 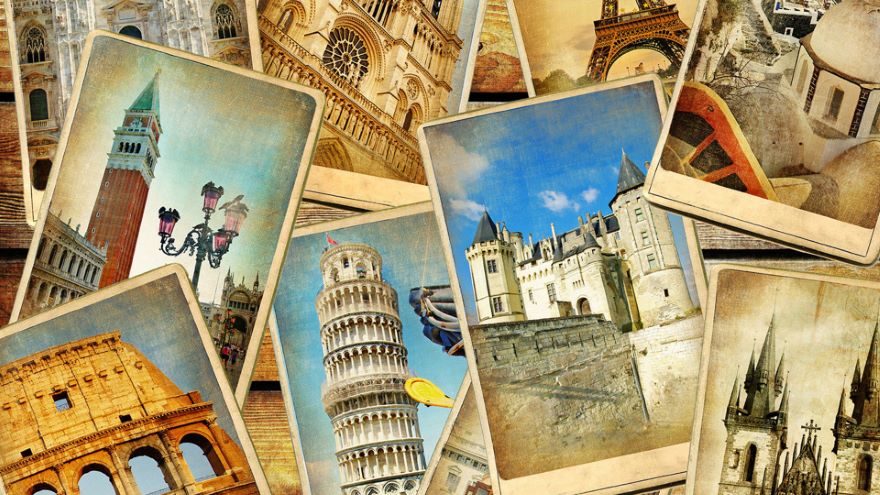 Conclude the course with a peek at how to research records outside the United States. Focusing on his experiences in Europe, Dr. Colletta reveals what essential facts you need to know about your immigrant ancestors, and how to overcome six major challenges to accessing and using historical materials in foreign countries.