Cities of the Ancient World

We live in a world of cities-for the first time ever, the majority of the population lives in an urban environment-and reflecting on ancient models of the city" as a human phenomenon offers important lessons for our culture today. Cities of the Ancient World is your opportunity to survey the breadth of the ancient world through the context of its urban development. These 24 eye-opening lectures not only provide an invaluable look at the design and architecture of ancient cities, they also offer a flesh-and-blood glimpse into the daily lives of ordinary people and the worlds they created." 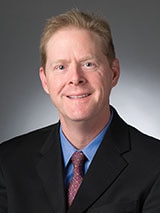 We're going to introduce the visual markers that serve to tell Romans about class interaction and the importance of urban spaces that create and impose Roman imperial identity and serve in ways that we would use literate works.

Professor Steven L. Tuck is Professor of Classics at Miami University. After earning his B.A. in History and Classics at Indiana University, he received his Ph.D. in Classical Art and Archaeology from the University of Michigan. He held the postdoctoral Arthur and Joyce Gordon Fellowship in Latin epigraphy at The Ohio State University.

An esteemed teacher, Professor Tuck received the 2013 E. Phillips Knox Teaching Award, Miami University’s highest honor for innovative and effective undergraduate teaching. In addition, the Archaeological Institute of America, North America’s oldest and largest organization devoted to archaeology, presented him with its Excellence in Undergraduate Teaching Award in 2014. He also has been named a Distinguished Scholar and an Altman Faculty Scholar at Miami University.

Professor Tuck has conducted archaeological fieldwork and research in Italy, Greece, England, and Egypt. He has directed more than a dozen study tours in Italy, concentrated on the city of Rome and the area around the Bay of Naples, including Pompeii, Herculaneum, and the Island of Capri. He has given more than 50 public lectures, including as a national lecturer for the Archaeological Institute of America.

Professor Tuck is the author of numerous articles featured in international journals on such topics as the lives of sailors in the Roman navy, the schedule of gladiatorial games at Pompeii, the decorative program of the amphitheater at Capua, the professional organizations of spectacle performers, Roman sculpture, and triumphal imagery across the ancient Roman world. He is the author of the forthcoming A History of Roman Art, a lavishly illustrated introduction to the topic. 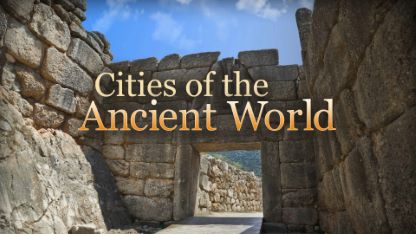 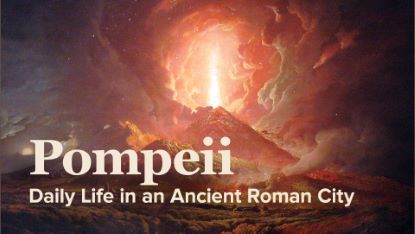 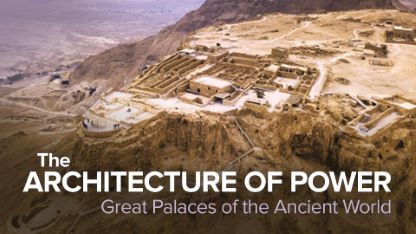 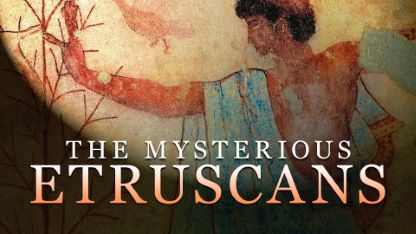 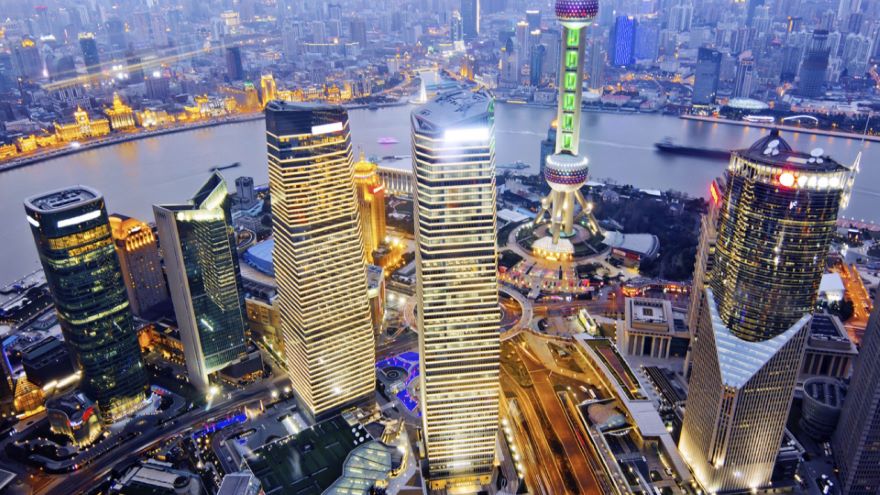 Cities are integral to our modern lives. Begin your tour by considering why wandering ancient humans left the forests and plains to create settlements. The fundamental question of "why" is just the first step toward understanding the inhabitants and lessons from ancient cities. 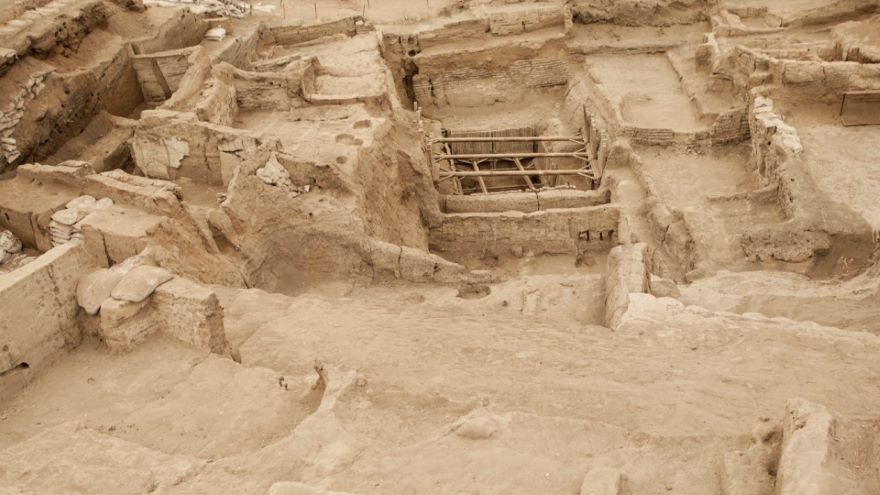 Imagine a city with no streets, no public buildings, and no common spaces. Built in layers on a small mound, the world's first city offers an intriguing window into life in the Neolithic era. Explore the remains of Çatalhöyük's family housing, murals, and religious shrines. 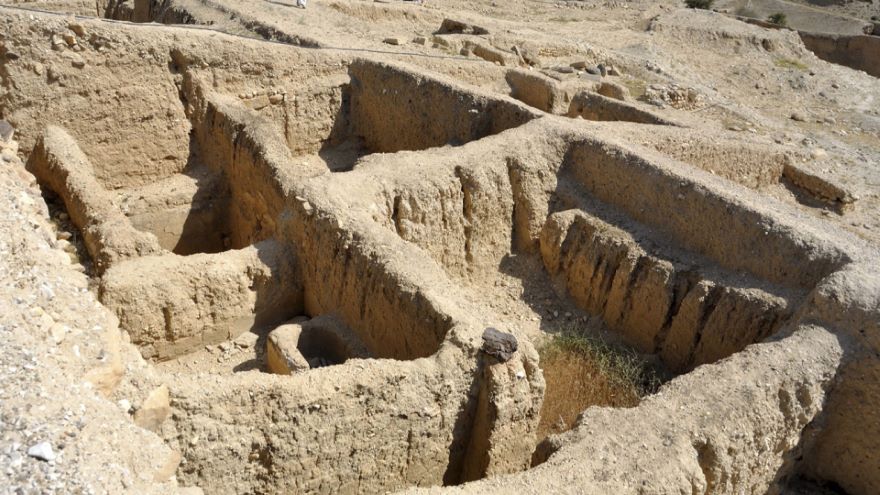 03: Jericho and Its Walls

Nearly everyone has heard the story of the walls of Jericho, which famously came tumbling down in the book of Joshua. Look past the biblical story and find out what architectural remains suggest about this city, whose ritual spaces helped create a community and whose walls helped define this urban environment. 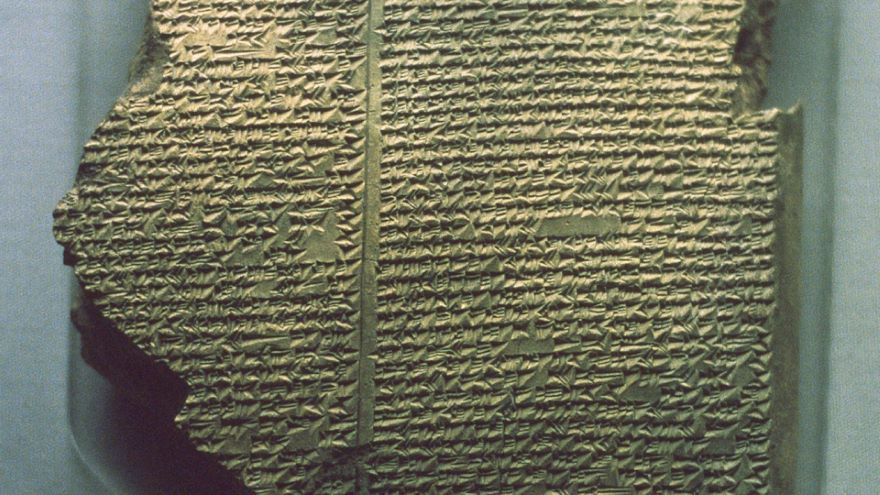 Shift your attention to one of the most marvelous cities in the ancient world. Located in the heart of Mesopotamia, Uruk exhibits many of the hallmarks of ancient civilization, including division of labor among its craftsmen, a class hierarchy that included professional priests, and records of art and literature. 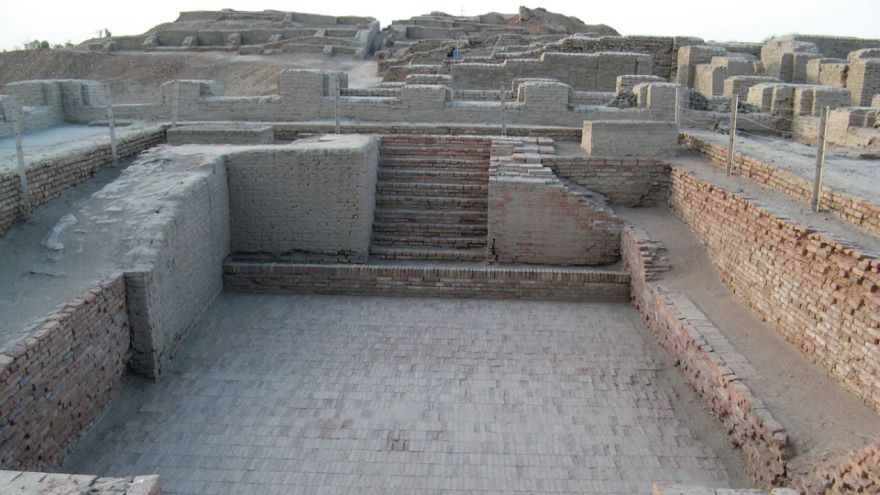 Venture east to the Indus Valley, home of one of the great unknowns among ancient civilizations. The lack of written evidence from the region means we are reliant on the archaeological record to understand the culture of cities such as Mohenjo-daro. Tour its so-called citadel in the city center, examine its remarkable water systems, and more. 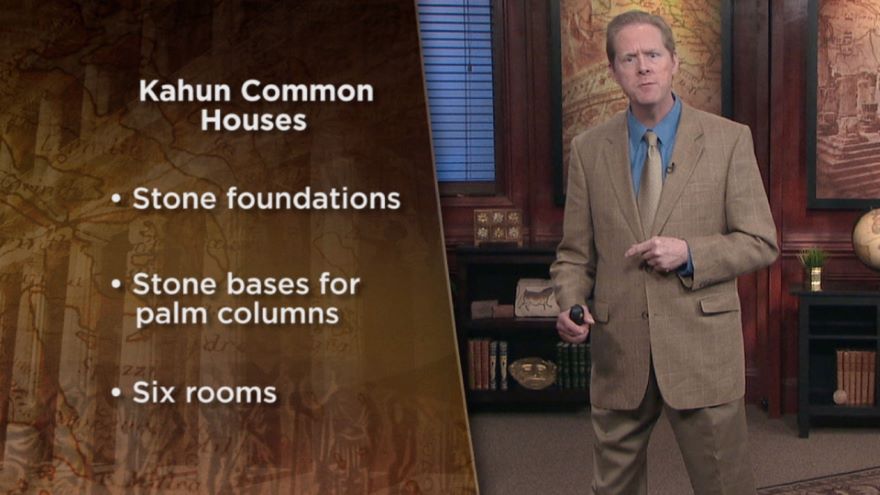 06: Kahun-Company Town in the Desert

Enter the world of ancient Egypt during the peaceful era of the Middle Kingdom. Here in the desert, paid laborers built tombs and temples for the pharaohs. To house the laborers, the Egyptians built Kahun, a planned city whose walls and layout reinforced the system of social class and served as a means of control over the population. 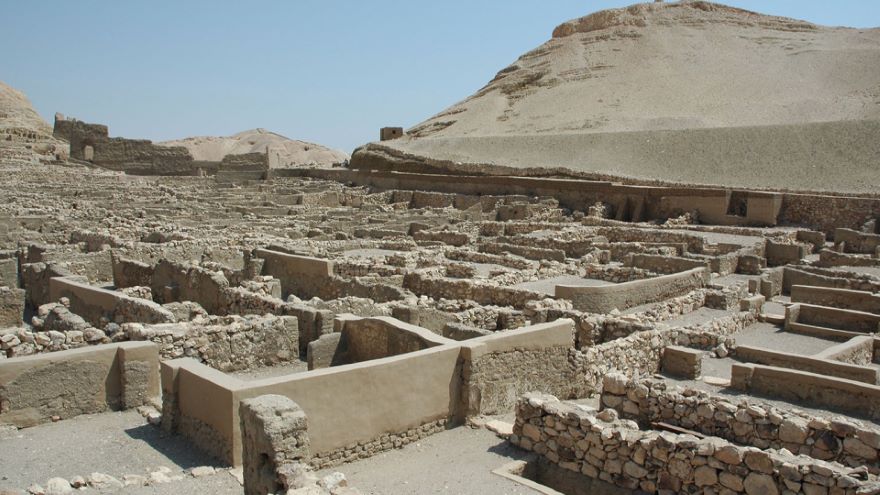 07: Work and Life at Deir el-Medina

At the height of Egyptian power during the New Kingdom, skilled workers enjoyed more prosperity than ever before, and opportunities for promotion allowed for great social mobility. Meet several ordinary workers from this society and review some of the literature that teaches us about Egyptian social structure. 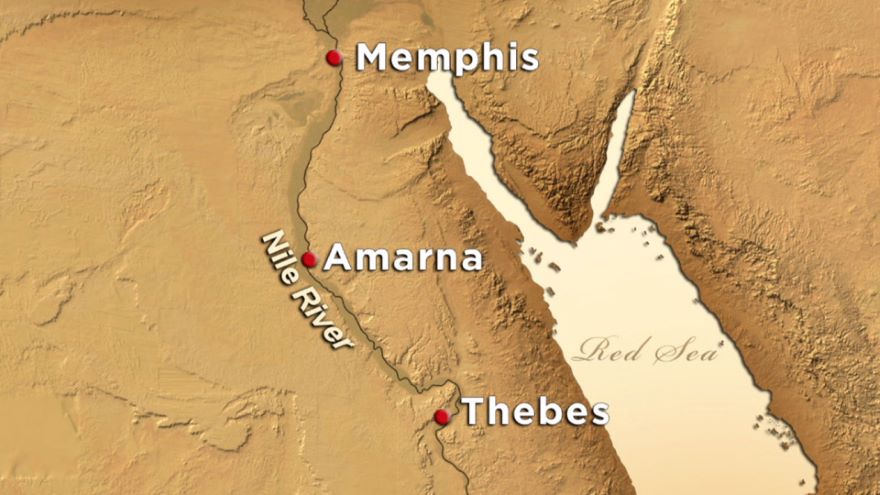 Deliberately created as a capital city near the center of the kingdom, Amarna served as an administrative and religious center designed to redirect political authority to the pharaoh, Amenhotep IV. Study some of the most iconic images from ancient Egypt and unpack the relationship between city planning and the social structure. 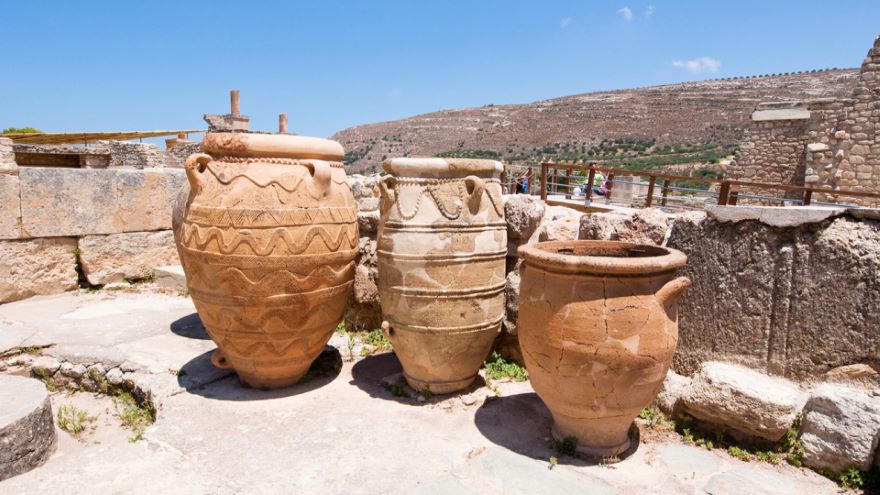 Delve into the remarkable Minoan city of Knossos, a labyrinthine complex integrated into the natural landscape. This sophisticated example of urban design was home to figures of myth, religious spectacles, sizable food storage and distribution areas, and a unique system of architecture. Tour this visionary civilization. 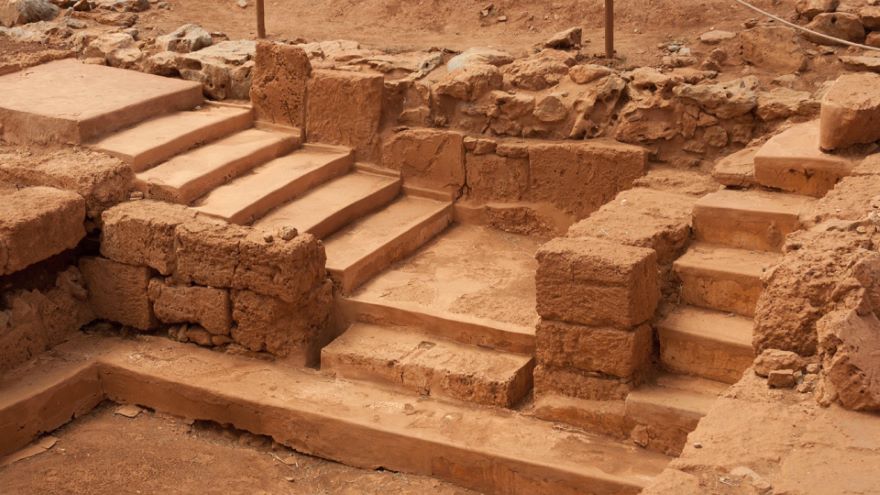 Visit another Minoan city, which was obliterated by one of the largest volcanic eruptions in human history. The eruption destroyed much of the city but also preserved a great deal. Look at some of the surviving houses and wall paintings and find out what archaeologists can deduce about daily life in the city from its remains. 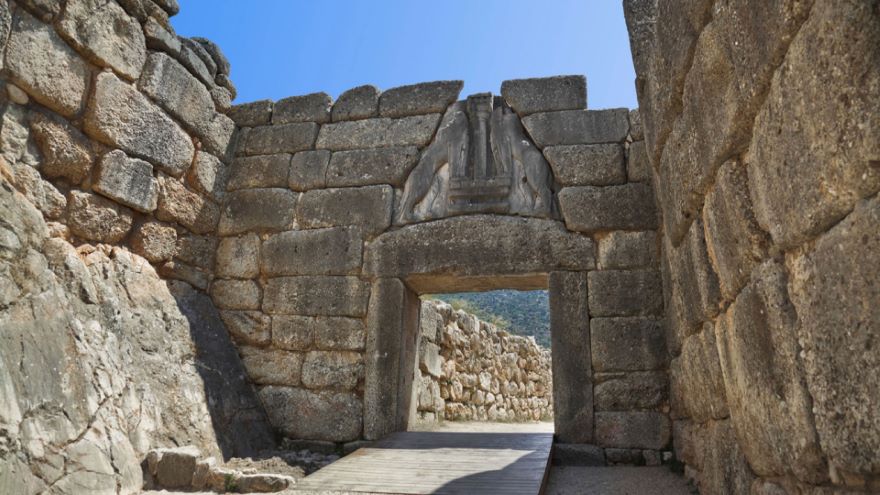 11: Mycenae, Tiryns, and the Mask of Agamemnon

Investigate the culture of Bronze Age Greece. After learning about the intriguing masonry at Tiryns and the impressive walls of Mycenae, you'll take a look at how vernacular architecture reveals differences in political systems among regional powers. Then find out about the Mycenaean collapse and the end of the era. 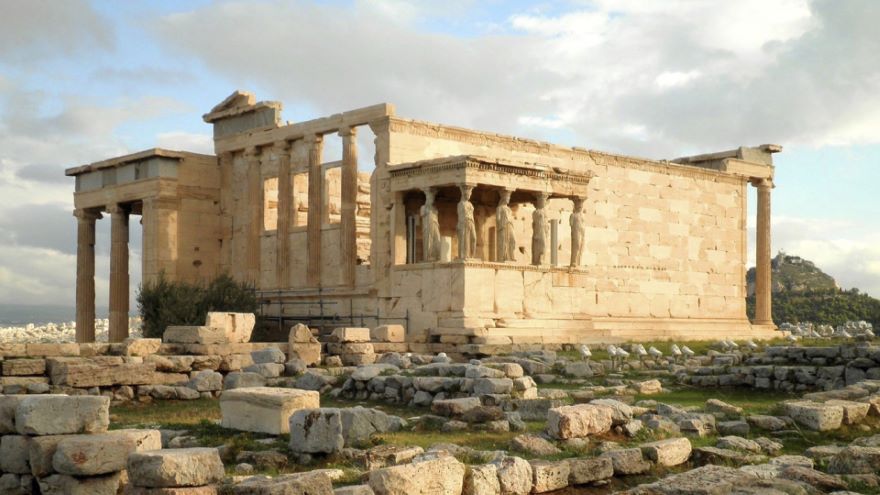 Leap forward to classical Athens in the Golden Age of the 5th century B.C. Tour some of the city's most well-known landmarks, including the Agora, the Acropolis, and the Parthenon. Learn about the Periclean building program in the years following the Persian Wars, and examine some of the city's great statues and friezes. 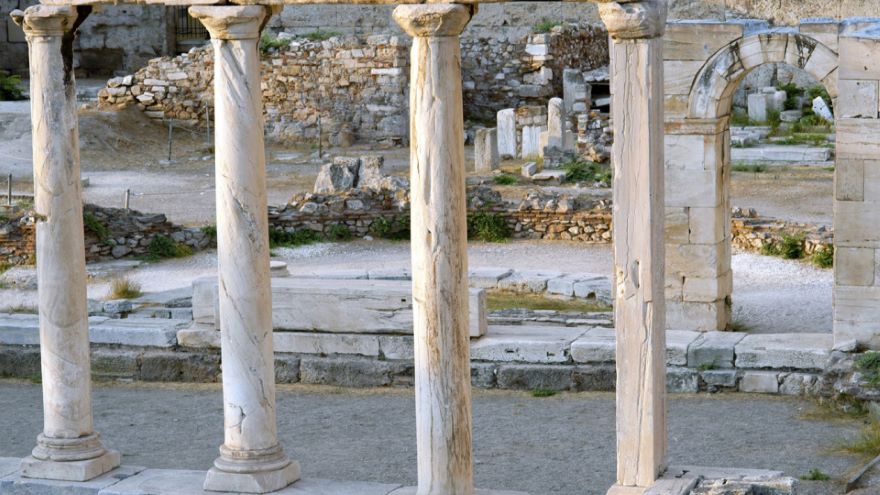 Turn from the Athenian public sphere to the domestic spaces and find out what life was like for everyday citizens. See how a shoemaker or a sculptor might fill his day-including a stop by the Agora-and consider gender separation and the role of women in ancient Greece. 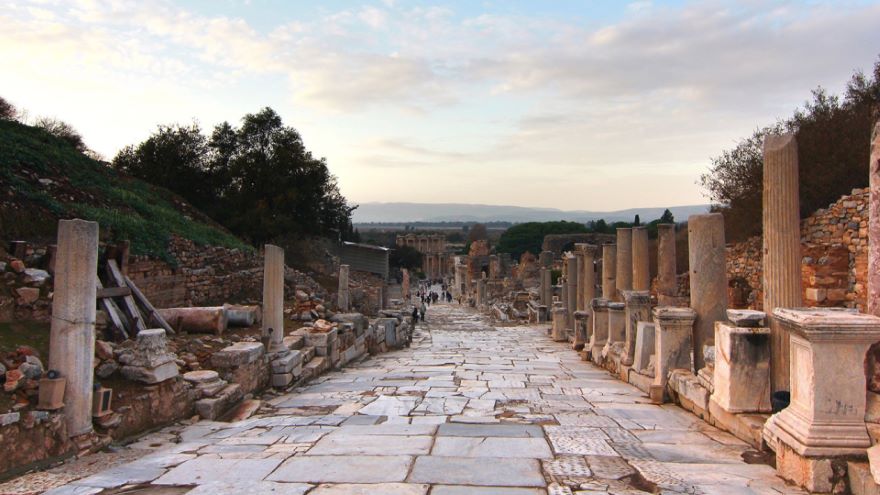 Meet Hippodamus of Miletus, the father of urban planning. He used the system of orthogonal planning-including broad avenues and streets at right angles-to reflect the ideal social order. From city blocks to the creation of districts, see this system in action and discover its impact on the history of urban design. 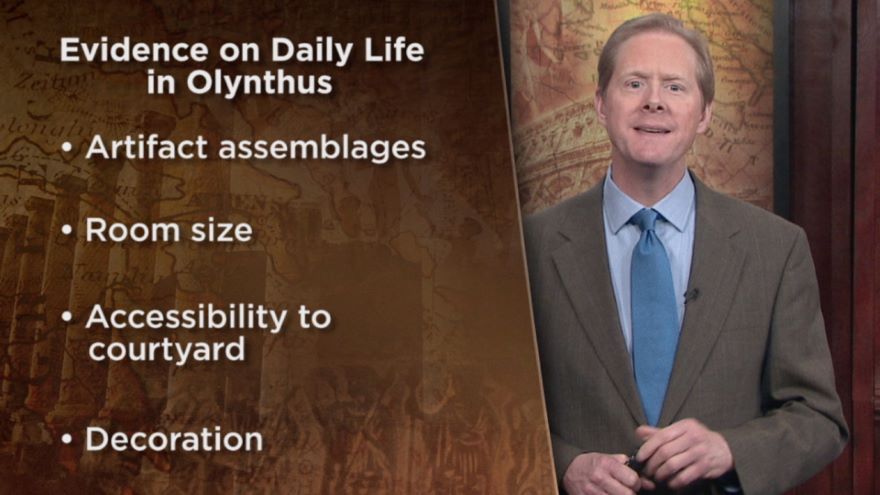 Founded for defense at the start of the Peloponnesian War, the planned city of Olynthus contains the best-preserved classical houses yet excavated from anywhere in the Greek world. Walk among the row houses and suburban villas to gain a rare glimpse into the patterns of domestic life in the ancient world. 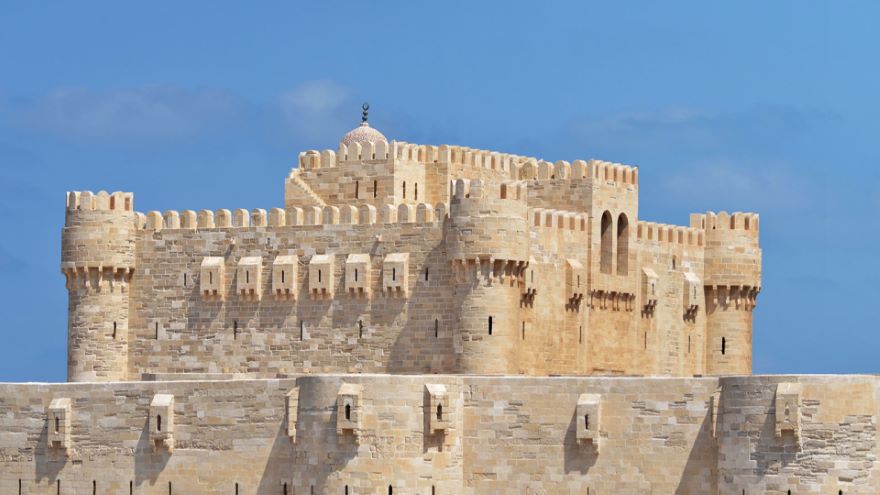 16: Wonder and Diversity at Alexandria

Built directly on the seacoast and a major transportation hub, Alexandria is the first massive, cosmopolitan city we know of in antiquity. Its lighthouse was considered one of the Seven Wonders of the Ancient World, and the variety of artists' workshops and its ethnic diversity made Alexandria the Greek cultural center. 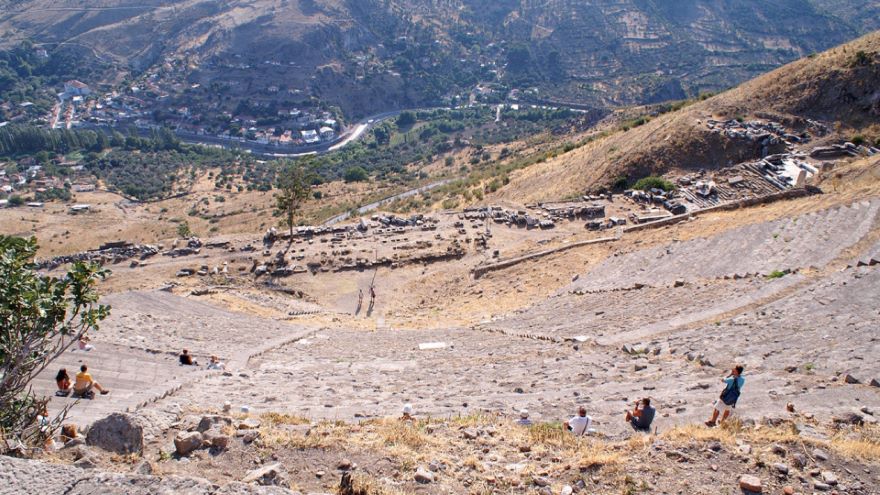 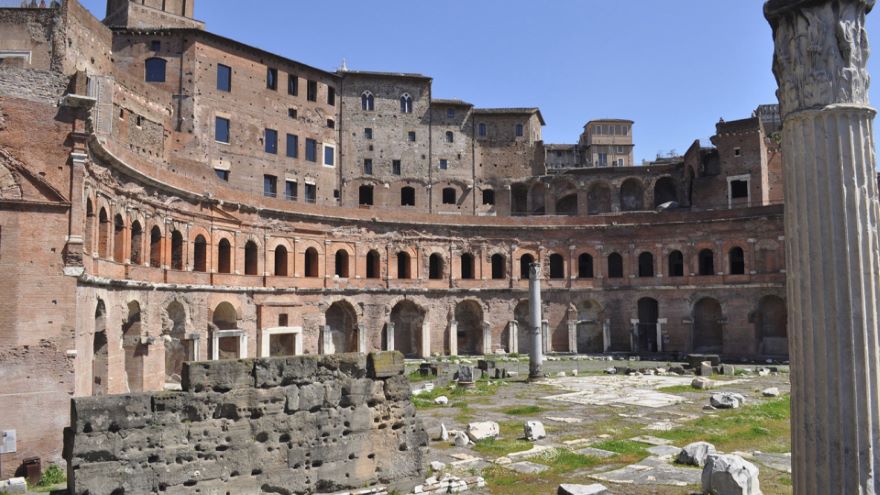 Travel through Rome in the footsteps of a well-to-do citizen, from his freestanding apartment complex to the political happenings at the Forum Romanum to the Markets of Trajan. Then witness how all social classes interacted at the public baths, where lower classes wrangled dinner invitations from wealthy Romans. 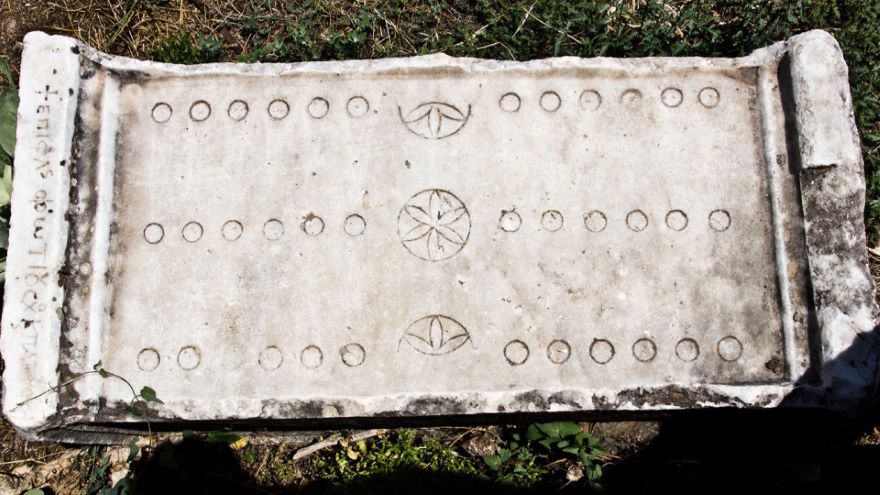 Trace a day in the life of an immigrant glass blower in Rome, whose life would be considerably less fortunate thanks to xenophobia, dark and dank tenement housing, and the strong possibility of death by fire, flood, or famine. Then look at what alternatives poor Romans had, including life as a gladiator or soldier. 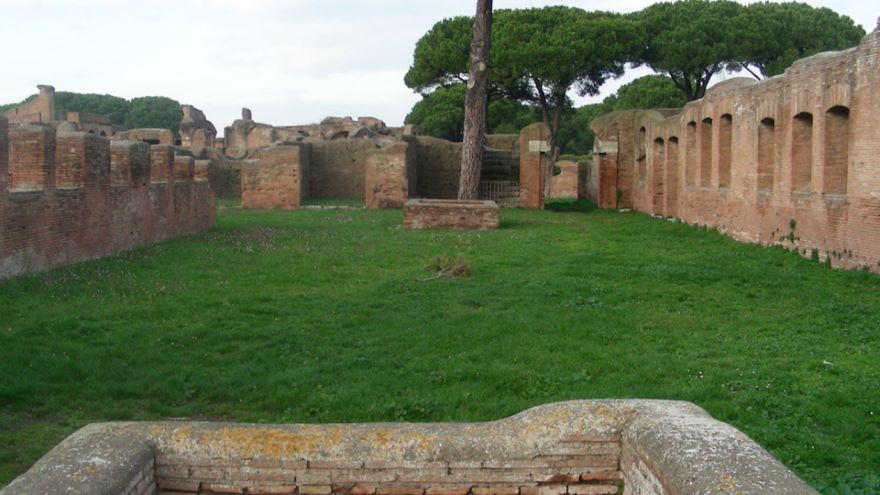 One of the most intriguing cities in the ancient world is Ostia, a "producer city" that appears to have been comprised solely of middle- and working-class people. Go inside the warehouses and storage buildings to learn about the city's economy, and then reflect on what it means to have no evidence of the desperately poor or extravagantly wealthy. 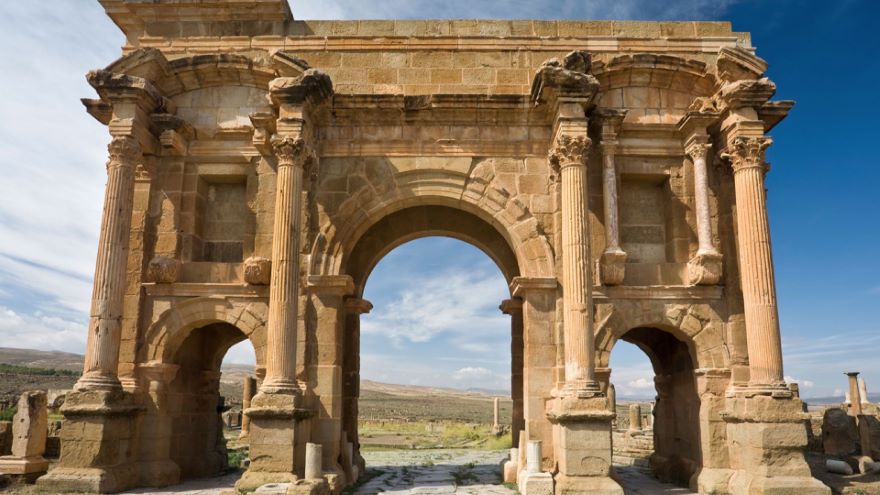 Take an excursion to the frontiers of the Roman Empire, where a group of military veterans lived in a planned city that represented the ideal Roman vision. Because many of these veterans had recently earned full citizenship, they were notably patriotic, transmitting much of Roman culture into new territory through this community. 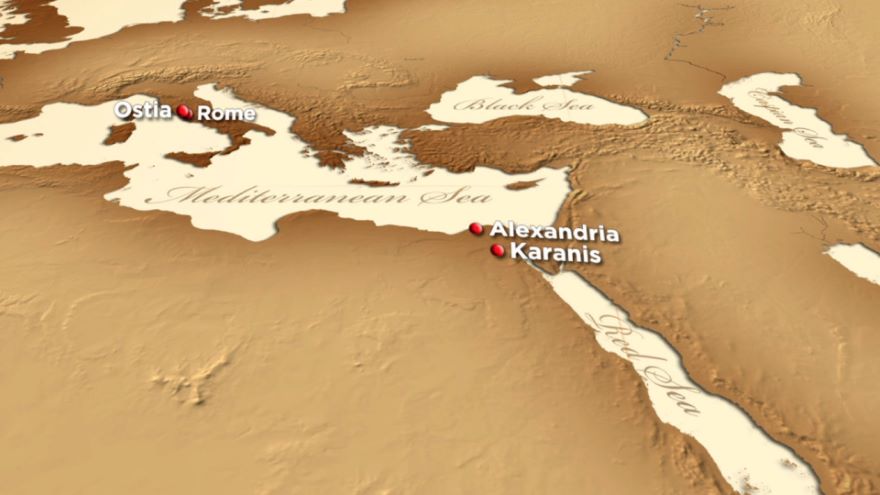 22: Karanis-On the Fringes of the Empire

Consider another city at the edge of the empire-an agricultural community comprised of a diverse population. Here you'll learn about the farm-based economy and its relationship to the consumer city of Rome, and you'll examine the integration of Greek, Roman, and Egyptian ethnic groups. 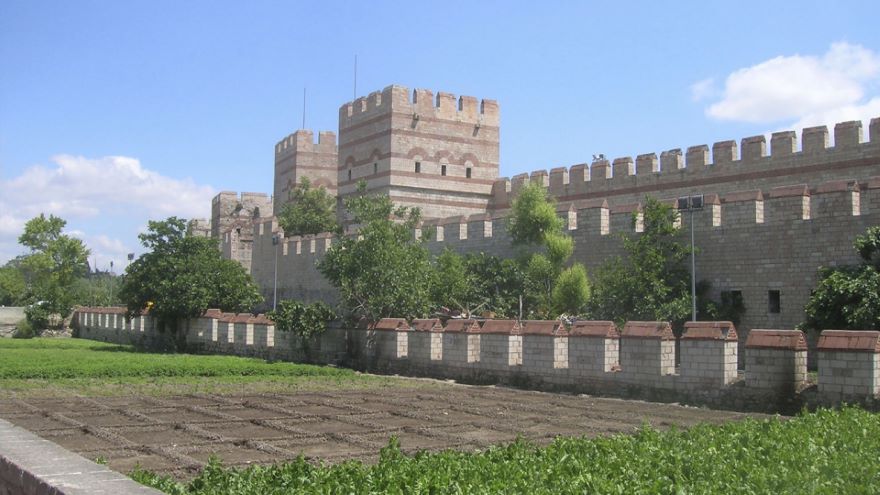 Your tour of ancient cities closes with an examination of Constantinople, which bridges the gap between the era of antiquity and the Middle Ages. Witness the development of this city and the political demonstrations and riots that accompanied its growth. You'll also study the Hagia Sophia, whose dome is considered the greatest work of Byzantine architecture. 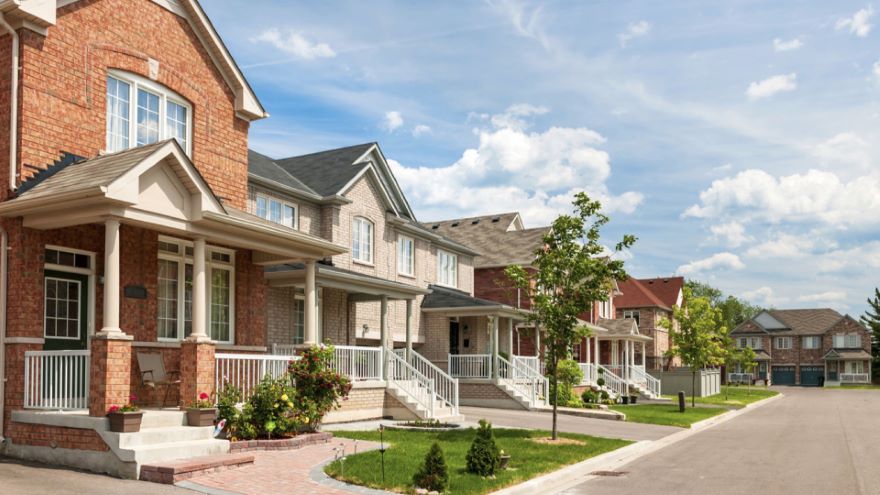 What does this survey of ancient cities add up to? What lessons can we draw from antiquity? Conclude the course with a look at Venice and London to see what elements of ancient cities have endured in modern architecture and urban design. Then reflect on the future of the city.