Capital in the Twenty-First Century

Based on the international bestseller by rockstar economist Thomas Piketty, an eye-opening journey through recent economic history and how it led to our current state of extreme wealth inequality.
Capital in the Twenty-First Century is rated 4.0 out of 5 by 5.
Share
Rated 5 out of 5 by jth1 from Insightful Great overview of the subject. After watching the documentary, I find myself reflecting on the good and bad aspects of Capitalism - and the scary future if we let raw Capitalism loose on the planet. I come away from the film with a deeper understanding that a more equitable society is good for all.
Rated 5 out of 5 by ICARO from Great format It's fun to watch keeps you interested. Beginner friendly, if you don't know a lot about the topic, this is for you.
Rated 5 out of 5 by GChrisR from A timely warning This is a most important narrative. The future of Human Civilization depends on large numbers of people understanding the danger of unbridled capitalism.
Rated 1 out of 5 by Sielgaire from Great if you are not a fan of the Great Courses... Ffter having watched a lot of the TGC's in the past I have to say I am disappointed in this program. If you are willing to overlook the many a) historical inaccuracies b) extremely shallow level of thinking and analysis c) missing areas of relevant economic theory and facts etc. You might find this enjoyable rather than an extremely painful and torturous thing to endure.

Based on the international bestseller by rockstar economist Thomas Piketty, an eye-opening journey through recent economic history and how it led to our current state of extreme wealth inequality.

Upon completing his degree, Justin Pemberton was awarded a Senior Prize for Psychology from the University of Auckland, though his fate was sealed when he followed the psych degree with a Postgraduate Diploma in Broadcast Communication. He’d always been a pop-culture junkie, so the opportunity to make content thrilled the budding storyteller. Pemberton cut his teeth directing music videos and music television, but got his first taste of documentary when, at only 24-years-old, he was asked to direct a film documenting a collaboration between the New Zealand Symphony Orchestra and the re-uniting legendary Kiwi group Spitz Enz. By the early 2000s, Pemberton had set up a company specializing in documentary production with fellow filmmakers Megan Jones and Pietra Brettkelly. From then on, he has worked on many other award-winning documentaries including Love, Speed and Loss (best documentary, directing, and editing at the NZ Screen Awards), The Nuclear Comeback, which The Guardian newspaper said, “like the best documentaries, it is engaging, nuanced and avoids preaching its cause”, International Emmy-nominated The Golden Hour, Chasing Great, which went on to become the highest grossing New Zealand documentary of all time. He executive-produced quirky hit documentary Tickled and directed his first interactive documentary, I Spy, about the transnational Five Eyes surveillance network. I Spy received a Canadian Screen Award nomination for Best Original Interactive Production. His current feature documentary Capital in the Twenty-First Century, is his most ambitious project yet. Based on the best-selling book of the same name by acclaimed French economist Thomas Piketty, the film explores the journey of wealth and power across time, showing how ‘capital’ has steered our world while ultimately shedding light on our future. 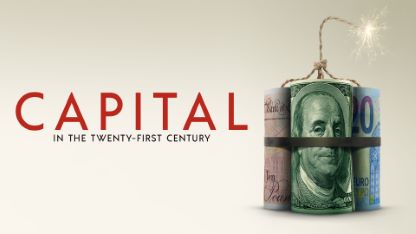 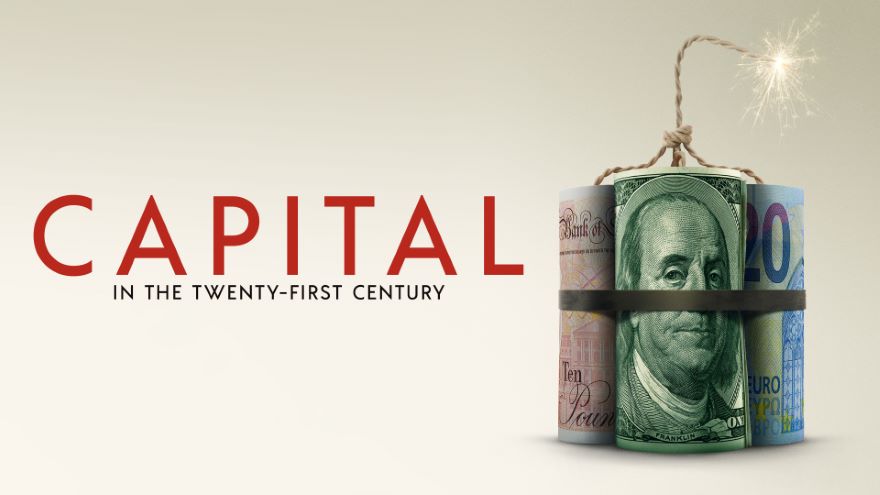 01: Capital in the Twenty-First Century

Based on the international bestseller by rockstar economist Thomas Piketty, an eye-opening journey through recent economic history and how it led to our current state of extreme wealth inequality.