Award-winning filmmaker Kerry David treks around the globe and introduces us to the courageous women who are living and fighting on the frontline of the poaching war.

Breaking Their Silence is rated 5.0 out of 5 by 3.
Share
Rated 5 out of 5 by Raman from inspiring I am well aware now of the need to do more to protect nature. I liked it because it opened my eye to such topic and the need for more awareness to save planet.
Rated 5 out of 5 by Alex MD from Amazing Inspirational, Informative, Amazing over all! I can't seem to describe how this makes me feel.
Rated 5 out of 5 by Anonymous from Grateful! Very grateful for Kerry David's piece here. Opened my eyes to things happening around the globe and great to see women so prominently featured doing what they can to save and protect animals that are near extinction because of human greed and misconceptions.

Filmmaker, Kerry David pursues a passion that takes her around the globe to meet some of the world's most courageous women who are living and fighting on the frontline of the poaching war.

People Magazine called, Breaking Their Silence, “Outstanding, beautifully made, powerful and heartbreaking film. A breathtaking documentary,” and Huffington Post wrote, “What's striking about David's film is that her female subjects aren't afraid of showing emotion and vulnerability,” while Parade Magazine described it as, “Beautiful and Hopeful.”

Breaking Their Silence is a film that explores Africa and Asia’s intricate relationship in the war on wildlife through the female lens. From game rangers and veterinarians to prosecutors, forensic scientists and undercover operatives; these inspirational women have only one goal–preventing further loss of our planet’s most endangered species.

Breaking Their Silence shines a bright and inspiring light on the intelligence, compassion, strength and tenacity of the women dedicating their lives to protecting and defending Africa's endangered wildlife. The poaching and wildlife trafficking crisis is a dangerous landscape. The willingness of each woman to show their vulnerability and compassion draws the audience in every bit as much as the gorgeous African landscapes and iconic animals and invokes a deeply passionate response from viewers.

A hopeful film created to inspire and motivate moviegoers, Breaking Their Silence will challenge everyone to become part of the solution, and arms them with the means to do so.

Breaking Their Silence has won over 16 film festivals, been the topic of a TED X Talk (The Last Five Minutes), and was featured on multiple global news outlets including the BBC, CNN, and The Today Show on its journey to shine a bright and inspiring light on these women; their intelligence, empathy, strength and stamina. It has invoked deeply passionate responses from viewers around the world.

This powerful journey will challenge you and it will amaze you–leaving you inspired to become part of the solution!

“Outstanding, beautifully made, powerful and heartbreaking film. A breathtaking documentary”

“A sobering global perspective illuminating perhaps humanity’s greatest crime against its own future.”

“Kerry’s film rocked me to the depths of my soul - brilliant film.” 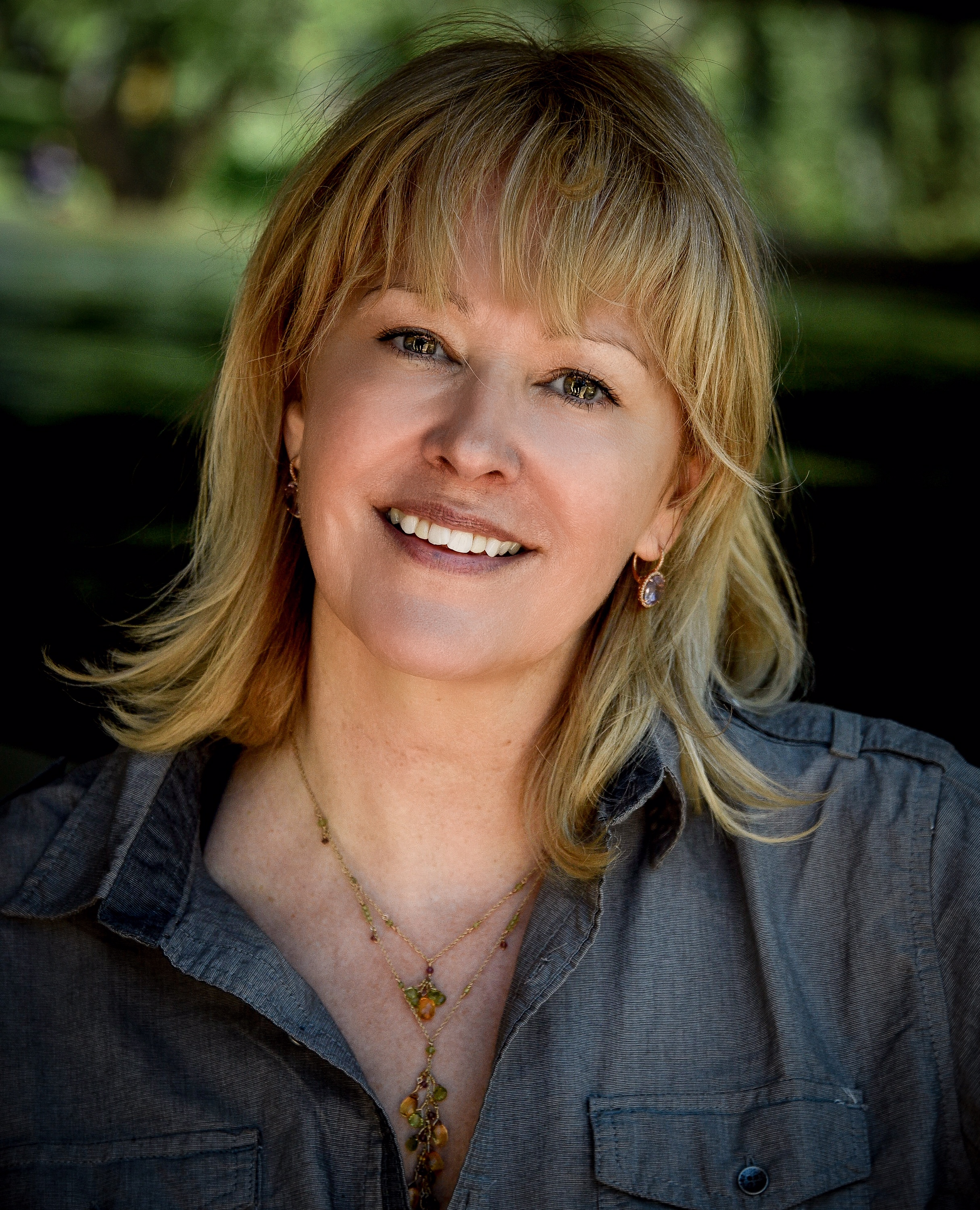 Filmmaker, Kerry David, has been working in the entertainment industry for over 20 years. She began her career at Paramount Pictures in Business Affairs on the contract side of filmmaking, after which she spent three years working exclusively for Tom Cruise and Nicole Kidman where she honed her practical filmmaking skills. Films with Cruise and Kidman included; Mission Impossible 2, Without Limits, Portrait of a Lady, Peacemaker, Practical Magic, The Blue Room, and Eyes Wide Shut with legendary director Stanley Kubrick.

Armed with this experience, Kerry started her own production company in the year 2000 where her projects included; the award-winning; Deposing the Usual Suspects (MGM), Agent Cody Banks and Agent Cody Banks 2: Destination London (MGM), Perfect Romance (Lifetime), and the critically acclaimed feature documentary; My Date with Drew featuring Drew Barrymore.  “Drew” was made for a mere $1,100 and garnered a worldwide theatrical release with a $650,000 global license.  “Drew” won multiple awards, including Best Feature at the HBO Comedy Arts Festival, Aspen, Sonoma, NY Gen Art Film Festival, as well as the Audience Award at the prestigious Locarno International Film Festival, Switzerland.  She next produced, Expert Insight: Short Game Golf with Jim Furyk & Fred Funk, an educational DVD; which won a Telly-Award for Outstanding Instructional Content and Cinematic Excellence.

Kerry’s next feature film was adapted from the NY Times bestseller Like Dandelion Dust (20th Century Fox) by Karen Kingsbury. Kerry hired friend and Oscar nominee, Stephen J. Rivele (Ali, Nixon) to adapt the book, which starred, Mira Sorvino and Barry Pepper. Like Dandelion Dust won more than 35 film festivals nationally and globally, including Best Feature at the Heartland Film Festival and the Palm Springs International Film Festival. It premiered at the prestigious Deauville Film Festival in France where it won the Premiere Audience Award for Best Feature and a 10 minute standing ovation.

She produced her fourth documentary, Making Miles - The Miles Davis Story, for HBO and then produced, wrote and co-directed; Seeking Happily Ever After (Lionsgate Films), which was one of only 25 films accepted into the Sundance Film Lab and used by Stanford University’s law department as a case study for fair use practices.

In 2001, concurrent with her film work, Kerry Founded Indieproducer.net (iP), which nurtured new and emerging filmmakers, furnishing them with the skills, knowledge and experience needed for a film career in Hollywood from an insider’s perspective.  (iP) was ahead of its time in its attention to diversity, equality and inclusion. Leaning on her industry contacts, Kerry invited notable guests to attend her quarterly “Schmoozefests” with members.  Learning from those actually working in the field was not only educational and insightful, it often evolved into mentorship programs too. She launched a yearly screenwriting contest and a bi-annual short film contest at a sponsored Annual Awards Gala at the prestigious Writers Guild Theatre in Beverly Hills. (Ip) reached 130 countries with over 86,000 members when she sold it in 2010.

From 2010-2013 Kerry took a leave of absence from Hollywood to build an orphanage in Ghana, West Africa. After negotiating for the land with tribal chiefs, she led a team of architects and a contractor from Habitat for Humanity to oversee design and implementation.  Setting up two non-profits, one in the US and one in Ghana, she budgeted and fundraised for what became a Musical Village for Orphans. Ever the filmmaker, she produced, wrote and directed several mini-documentaries during the build to help with fundraising and awareness for the school. After adopting the children into the orphanage, planning the curriculum, hiring all the staff and overseeing the opening of the orphanage, Kerry resigned and returned to her passion of filmmaking.

Fascinated by the advent of crowdsourcing, Kerry began producing crowdfunding campaigns for passion projects; raising over $500,000 for various non-profits, productions and artists.

In 2017, Kerry directed, wrote and produced her multiple award-winning feature documentary; Bill Coors: The Will to Live, about the troubled, but impressive private life of brewing titan, Bill Coors and his battle with depression.  She consequently cut a half hour version of the film after two universities in Colorado requested it be added to their school curriculums. The film is now a tool to tackle the difficult conversations with teens around the serious issues of mental health and suicide on campus.

Early in 2018, Kerry learned of the devastating statistics endangered species in Africa and Asia were facing due to commercial poaching.  Passionate about animals, she was moved to action and launched her innovative non-profit Over and Above Africa. While researching in Africa she noticed a lack of women visible in the field.  After making some enquiries, she was connected to many and after hearing their stories, was inspired to produce, write and direct a film through the female lens, which became; Breaking Their Silence: Women on the Frontline of the Poaching War. BTS has to date, won 16 film festivals, including both categories (Jury Award and Audience Award) for “Best Feature Documentary” in the San Diego Intl. Film Festival and the Durango Film Festival.

In 2019 Kerry moved to North Carolina to produce and direct her current feature documentary; “Open Secret,” a timely and relevant film focused on systemic racism and sexual, physical and emotional abuse of children stemming back decades. The film uncovers a culture of corruption, collusion and gross intimidation. Having a diverse crew is non-negotiable for Kerry.  She has a strong focus on equity, diversity and inclusion on all her projects, which have a combined cume of approx.. $140 million.

In 2019 Kerry was invited to give a TEDx Talk about her experience making Breaking Their Silence.  She has been featured on several news outlets with the film, including a segment on CNN, The Today Show and the BBC, with glowing reviews in People Magazine, Huffington Post, Parade Magazine.  She has been a guest speaker, panelist, and moderator at several schools including University of Southern California, University of California at Los Angeles, Pepperdine University, and the New York Film Academy. She has written articles for various magazines including, MovieMaker Magazine and Script. She is a voting member of BAFTA and Film Independent.

Over And Above Africa FB 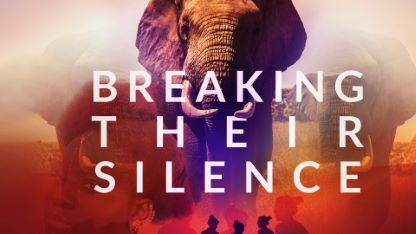 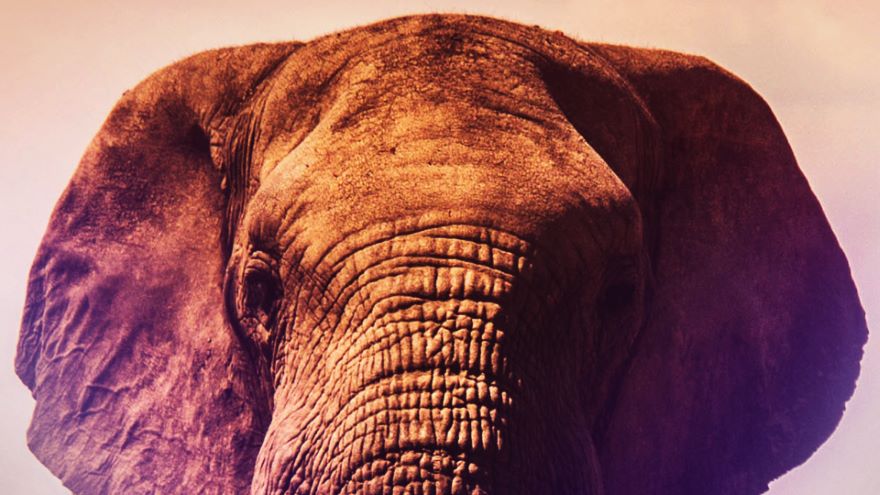 Breaking Their Silence is a film that explores Africa and Asia’s intricate relationship in the war on wildlife through the female lens. From game rangers and veterinarians to prosecutors, forensic scientists, and undercover operatives, these inspirational women have only one goal: preventing further loss of our planet’s most endangered species. 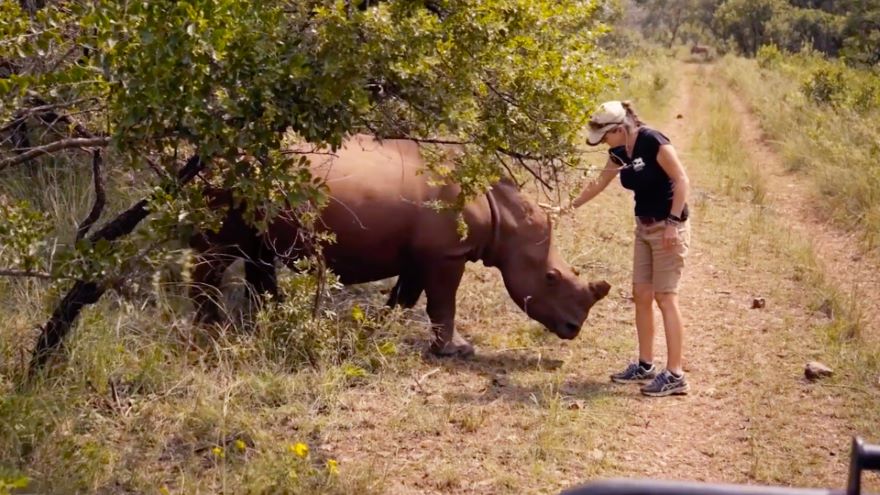 02: A New Way of Life for a New Generation

One of the heroes of Breaking Their Silence, Mrs. Nomusa Zikhali, started the Nkomo Primary School in order to positively influence the next generation about the impacts of poaching. Mrs. Zikhali has dedicated her life to educating children about conservation practices and the idea that animals are worth more alive than they are dead. 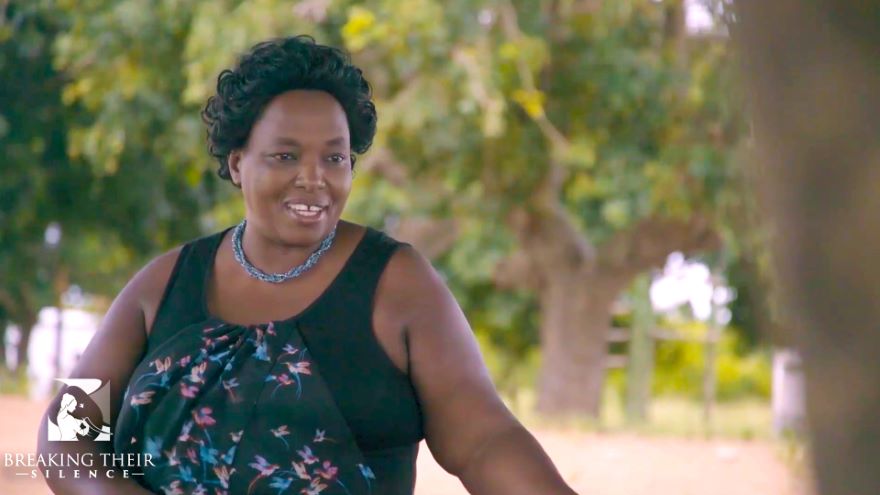 03: Love and Loss in the Animal Kingdom

Get to know Dr. Lorinda Hern. Hear the story of how her passion for saving rhinos started when she witnessed a heart-breaking poaching incident on her family’s property, prompting her to start the Rhino Rescue Project. This personal narrative brings to light the emotional impact of poaching.