Build an epic playlist of more than 200 years of musical sounds and styles drawn from all four corners of the United States of America.

America's Musical Heritage is rated 3.8 out of 5 by 27.
Share
Rated 5 out of 5 by PhxDave from I enjoyed this I have purchased quite a bit of music from Smithsonian Folkways since I enjoy the "gumbo pot" (thank you Dr. Nick Spitzer) of American music and had some idea of what to expect. The course covered a wide spectrum of music in America and often, its purpose. It is not a music video; it is a course about American music. There are suggestions for those who wish to pursue some aspect of the course musically. Each section brought in people with studied expertise for the section rather than a single presenter. All in all, an informative course.
Rated 5 out of 5 by CARO from Great Idea! This is Great! Hope you have more courses just like this one!!
Rated 4 out of 5 by Shila from Fun! I had fun. This is, as others have noted, a folksy survey of American music that uses the Smithsonian Folkways collection. It gave me the chance to explore music that I haven’t explored in other MOOCs on music topics.
Rated 4 out of 5 by kacx from Interesting History of American Music I enjoyed this shorter course as an introduction to the various roots of American music.
Rated 3 out of 5 by Madrugada Mistral from Could use a lot of improvement I've watched probably 100 or more Great Courses and would give most of them a rating of 4 or 5. But not this one. There were great moments here and there but it seemed thrown together in haste. It needed more music and less commentary. The Zoom interviews with other musical experts added nothing and were too long. I am aware of the copyright issues and enjoyed the Folkways recordings. I hope Great Courses will do another courses on the same subject with a different professor, and expand it to 24 lectures.
Rated 5 out of 5 by Thankful2Study from America's Musical treasure trove I am a big fan of the Smithsonian courses. They are just a treasure trove of information and they make me see just how amazing our country is. I did think that they should have included a lecture on rock and roll as that is a distinct genre of American music as well. I thought it was great having the nephew of Pete Seeger as the teacher. Someone who is both a part of American musical history as well as a teacher/musician himself makes this course both highly entertaining and educational. I think that all viewers should certainly buy this course.
Rated 5 out of 5 by selwell549 from Very enjoyable! I ended up singing along or dancing with each session.
Rated 1 out of 5 by Lamarr from America's Musical Heritage I must share how disappointing this course was. There is little about America's most important contribution to the art world, jazz. Nothing about the blues is in any chapter name. Why is the banjo even mentioned? It's African. The drum set, along with the electric guitar, were both invented in the United States and continue to be two of the biggest selling musical instruments in the world. Music and the Broadway show are not even mentioned. This is really a poor indication of what America's musical heritage is really all about. It makes me wonder about the authenticity of other Great Courses that I have purchased. Jonathan Edwards, Bachelor of Music, Berklee College of Music, Master of Arts, Ethnomusicology, New York University. Jazz musician and educator.

Survey over 200 years of musical sounds and styles that are inextricably linked with the spirit and history of the United States of America. 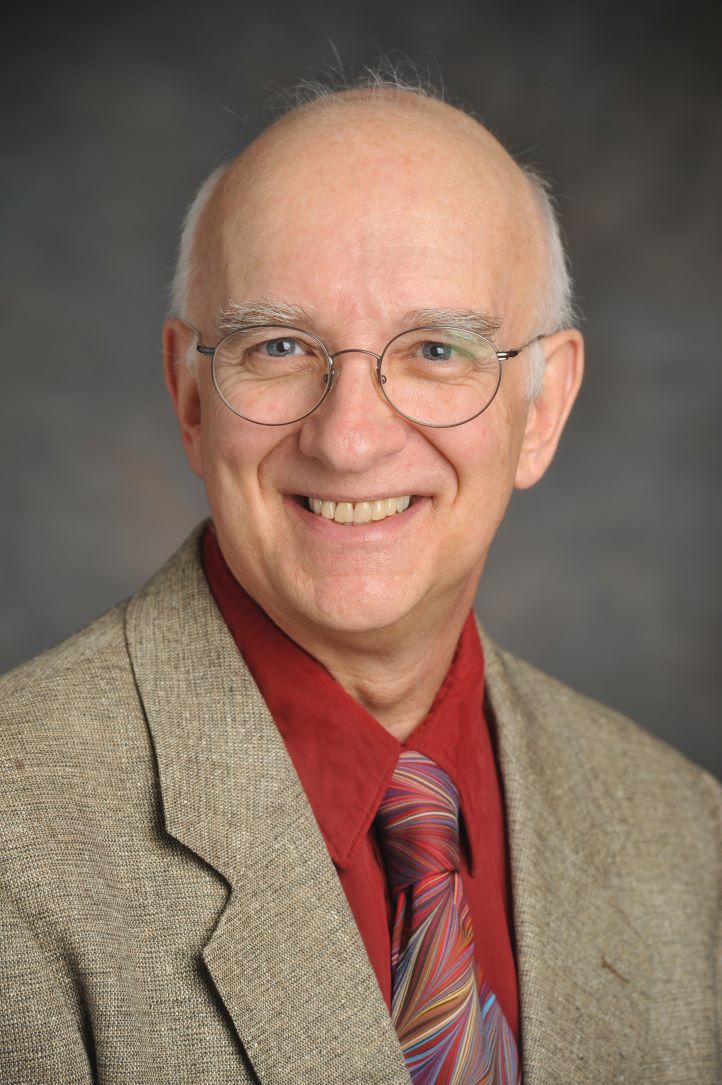 From hymns and spirituals, to songs of protest, and the national anthem; music has always played a powerful role in American life.

Anthony Seeger is a Curator and Director Emeritus of Smithsonian Folkways Recordings. Additionally, he is a Distinguished Professor of Ethnomusicology Emeritus at the University of California, Los Angeles. Born into a musical family, he is also an anthropologist, ethnomusicologist, audiovisual archivist, record producer, and amateur musician. Professor Seeger received his BA in Social Relations from Harvard University and his MA and PhD in Anthropology from the University of Chicago.

Professor Seeger lived in Brazil for nearly 10 years and spent much of that time as a member of the Graduate Program in Social Anthropology in the Department of Anthropology at the National Museum in Rio de Janeiro. His anthropological research focused on the music and culture of the Kĩsêdjê people (formerly known as the Suyá) of Mato Grosso, Brazil. He also helped establish the Musicology/Ethnomusicology/Music Education MA program at the Brazilian Conservatory of Music.

Professor Seeger later returned to the US to serve as director of the Archives of Traditional Music at Indiana University Bloomington, where he also taught. He then moved to the Smithsonian Institution to assume the direction of the recently acquired Folkways Records and to become the first curator of the Smithsonian’s Folkways archival collection. He established the Smithsonian Folkways Recordings record label, where he was the executive producer for more than 250 CDs as well as a collaborator on DVDs and radio series. He was also the faculty director of the UCLA Ethnomusicology Archive.

Professor Seeger has been active in several professional organizations. He served as president of the Society for Ethnomusicology, president and secretary general of the International Council for Traditional Music, chair of the Research Archives Section of the International Association of Sound and Audiovisual Archives, and vice president of the Brazilian Association for Ethnomusicology. Professor Seeger was elected as a member of the American Academy of Arts and Sciences, and he received a Guggenheim research fellowship, among other grants. He was awarded the Tai Chi Traditional Music Prize for lifetime achievement from the Central Conservatory of Music in Beijing and also received the Lifetime Contribution Award from the Brazilian Studies Association.

Professor Seeger has published three books, four coedited volumes, and more than 120 articles and book chapters on the music and culture of Indigenous Brazilians, Indigenous rights issues, ethnomusicology, audiovisual archiving, American music, intellectual property, and other subjects. Among Professor Seeger’s books are Nature and Society in Central Brazil: The Suya Indians of Mato Grosso and Why Suyá Sing: A Musical Anthropology of an Amazonian People. With Dr. Shubha Chaudhuri, he coedited Archives for the Future: Global Perspectives on Audiovisual Archives in the 21st Century. Additionally, he produced and presented a 1988 series of six 30-minute radio shows for the BBC on American traditional music. Professor Seeger now lectures in the US and abroad. 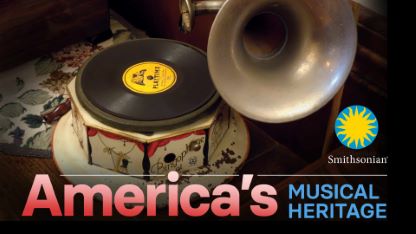 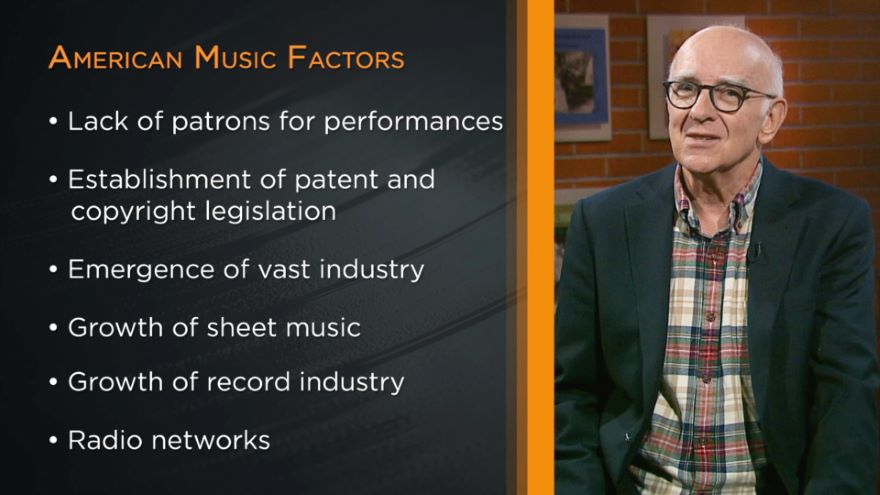 Use classic children’s music—everything from jump rope rhymes to lullabies—as a fascinating window into America’s musical traditions and how they open up a plethora of musical doors and memories. Also, get an introduction to some of the many incredible treasures contained in the Smithsonian Folkways Recordings series. 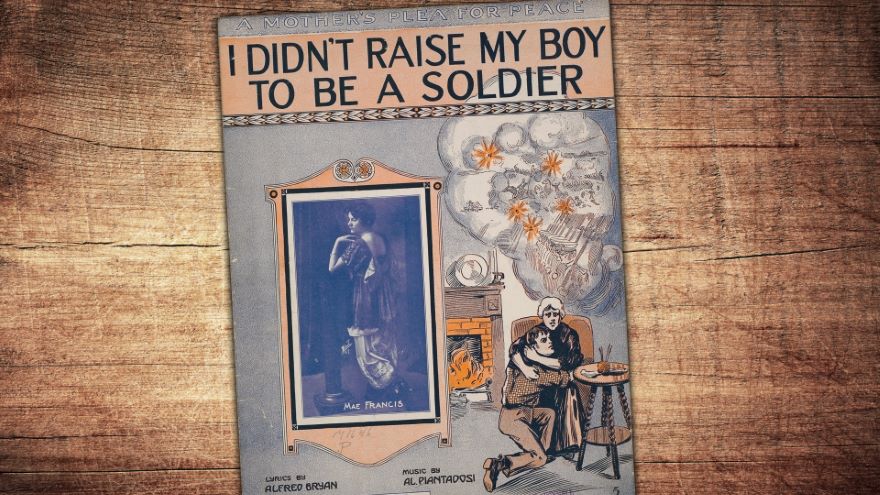 American music has shaped the meaning of war, making it a more shared experience. Take a closer listen to music from the Revolutionary War (“The President’s March”) and the Civil War (“I’m Going Home to Dixie”), as well as anti-war songs including “I Didn’t Raise My Boy to Be a Soldier.” 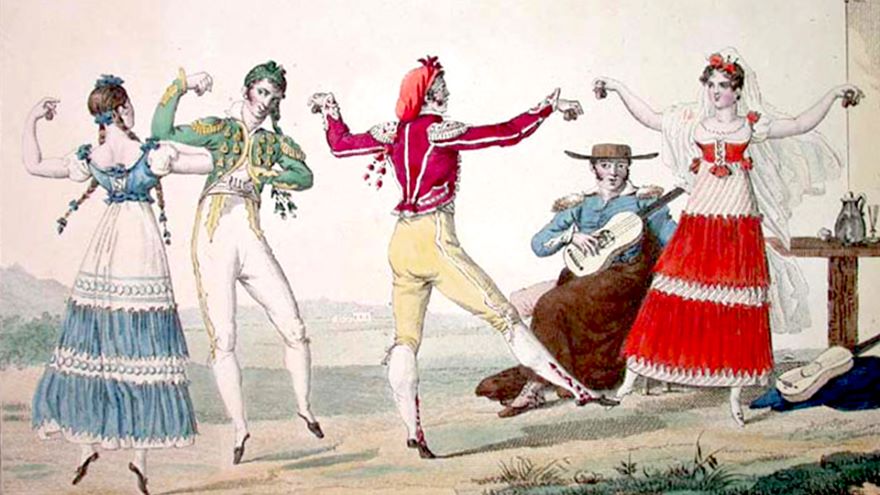 The United States is built on a foundation of pre-existing musical heritages from people who were already in North America before the nation was born. Survey the musical traditions of the British, French, and Spanish empires, as well as influence from Indigenous groups—some of which still endure to this day. 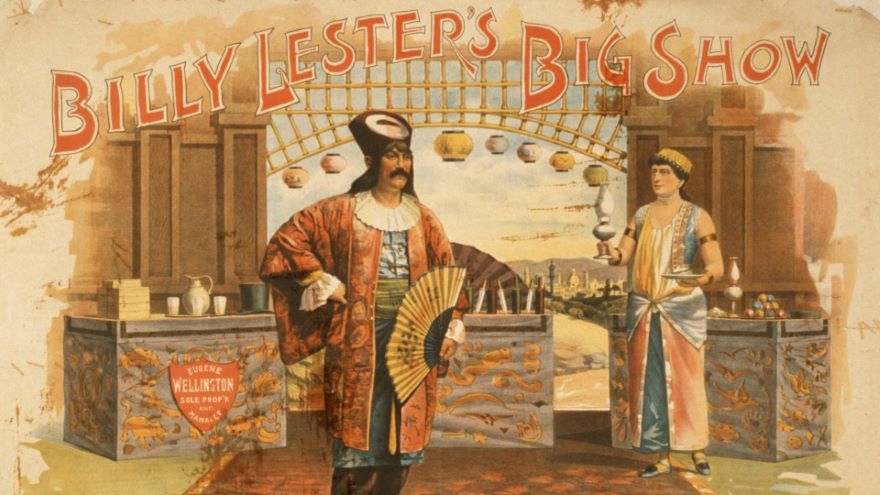 In this lecture, Professor Seeger wrestles with the development of American minstrel shows in the 1830s, with their roots in slavery and racial stereotypes. Then, he reveals how these problematic shows laid the groundwork for other musical traditions, including circuses, medicine shows, and the popular entertainment known as vaudeville. 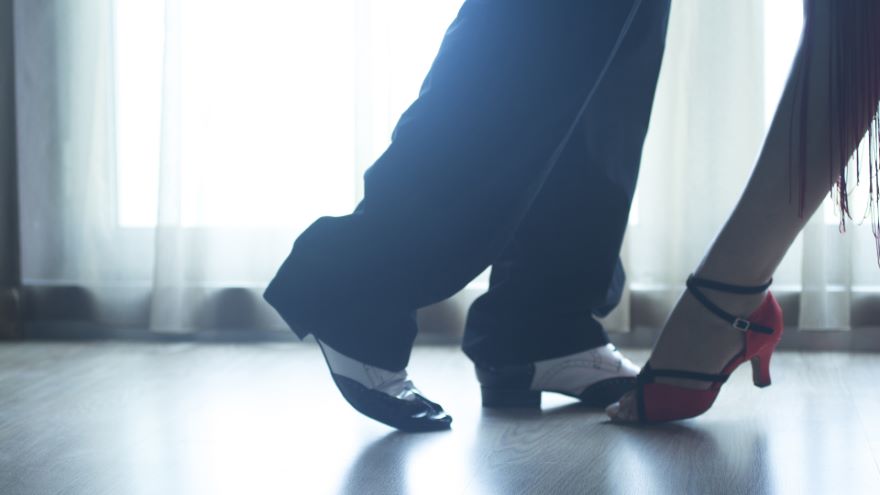 05: Music of American Movement and Dance

From square dances (the official state dance in over 20 states) to the waltz (one of America’s earliest dance crazes), investigate the relationship between movement and music in the United States. Discover how the human body can synchronize itself to an external rhythm—a response known as rhythmic entrainment. 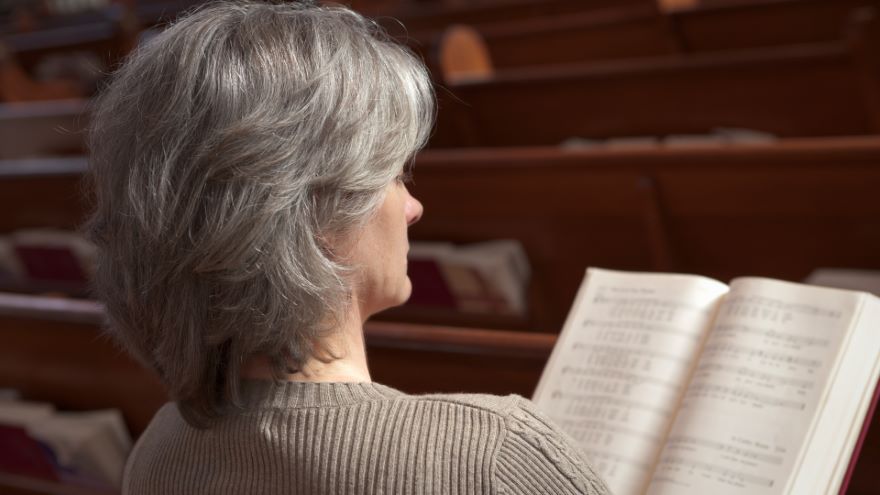 06: Hymns, Spirituals, and Chants in America

Examine the main strands of religious music in the United States. Among the many you’ll look at are spirituals (both European and African variations); religious chants from Catholic, Jewish, and Muslim traditions; and ring shouts and shape-note singing. Also, spend time with popular compositions like “Northfield” and “Amazing Grace.” 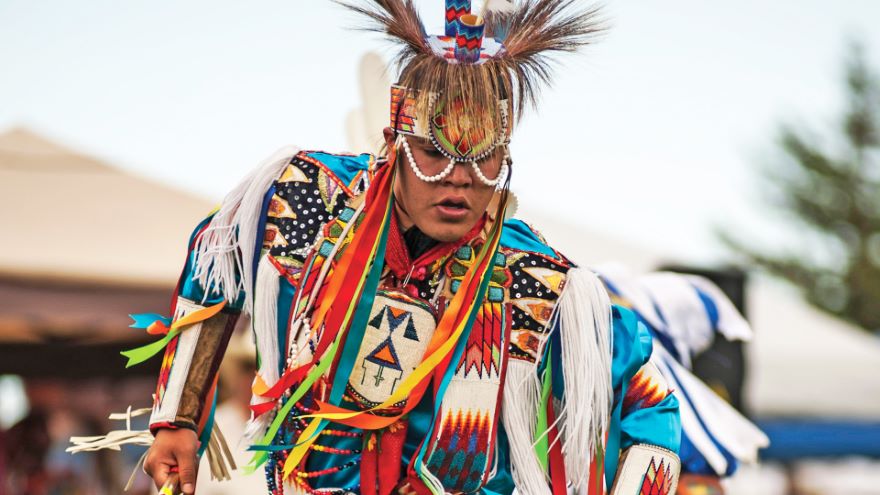 How does music bring like-minded people together? In this lecture, turn to three traditions of voluntary, public music in America: brass bands, powwows, and folk music festivals. Learn how each tradition—despite their unique sounds and histories—offers fellowship, reinforces bonds, and helps foster a sense of communal history. 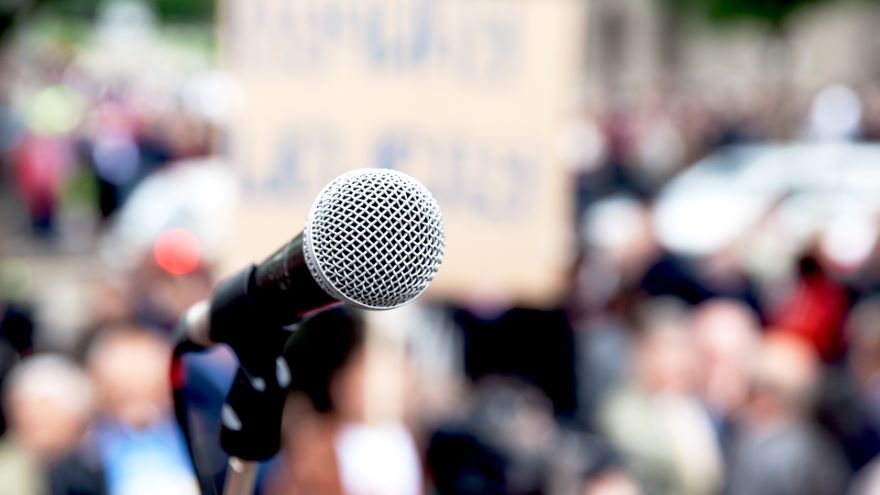 08: American Music of Politics and Protest

In the United States, the ties between music and political and protest movements are deep and long-standing. Here, explore political parodies known as “zipper songs” and iconic songs about disenfranchised women, workers, and African-Americans, including “Bread and Roses,” “Solidarity Forever,” and “We Shall Overcome.” 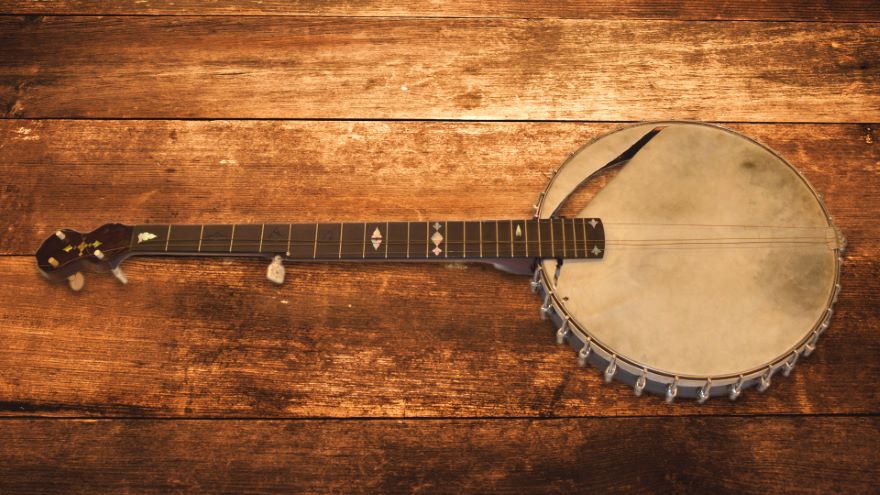 09: The Banjo: An African Gift to American Music

Follow the story of the banjo, a musical instrument whose development is intertwined with larger American themes of slavery, conflict, struggle, ingenuity, and musical inventiveness. Plus, learn how musical instruments change shape and sound, and deepen your understanding of the ways we interpret cultural and musical ownership today. 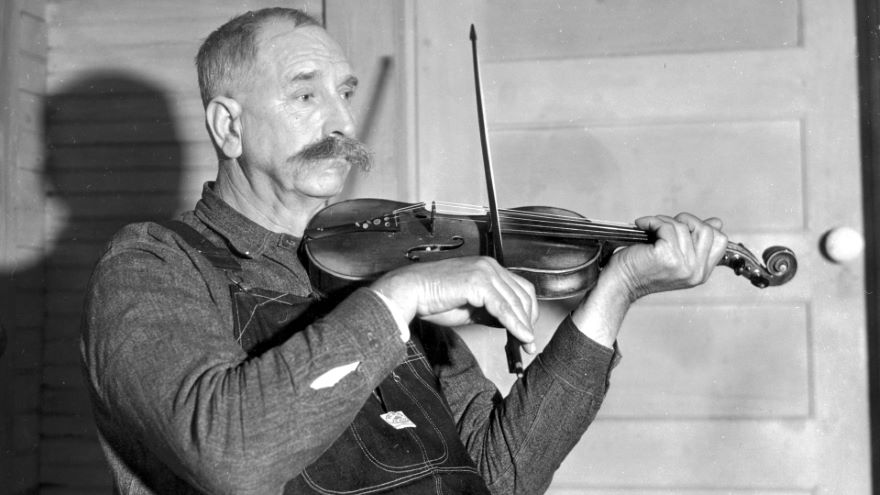 10: The Roots of Country Music in America

Visit the Appalachian region of the Southeast and unearth the roots of “country music” (a term that wasn’t used until the 1950s) in mountain “hillbilly” music. Along the way, consider some of the many tropes of this genre of music, exemplified by a song from 1947 called “Goodbye, Old Paint.” 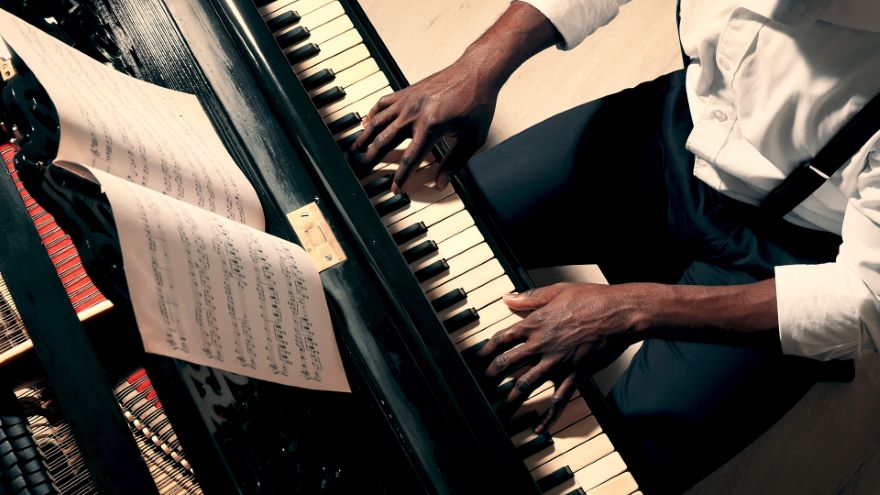 From concert pianos to player pianos, explore the inner workings of one of music’s most iconic instruments and its many variations. Then, witness the power of the piano in ragtime music (including Scott Joplin’s “Maple Leaf Rag”) and its role in the emergence of jazz, one of America’s most thrilling musical forms. 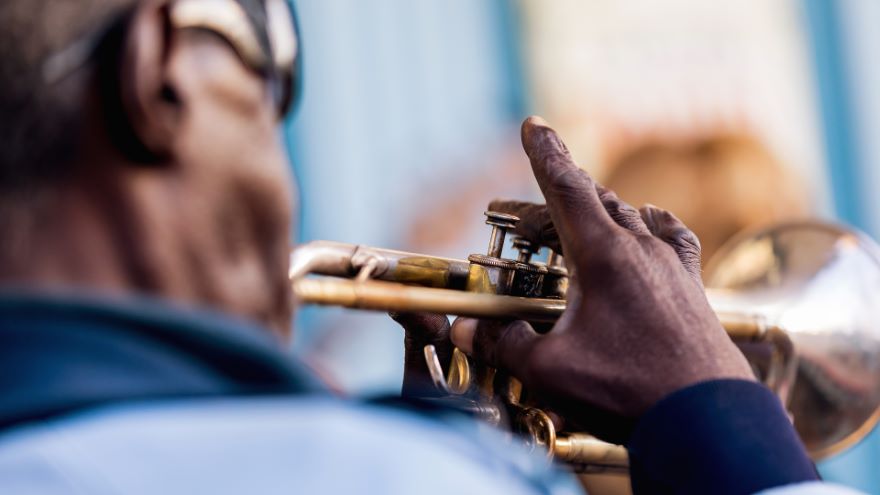 12: The Musical Gumbo of New Orleans

What makes the city of New Orleans more musically extraordinary than other American cities? The answer: a rare combination of distinct musical and cultural influences coming together in one place. Professor Seeger closes out this course with an appreciation of the importance of place in American music.